The Supreme Court adjourned without ruling on the planned eviction of four Palestinian families who reside in the East Jerusalem neighborhood. 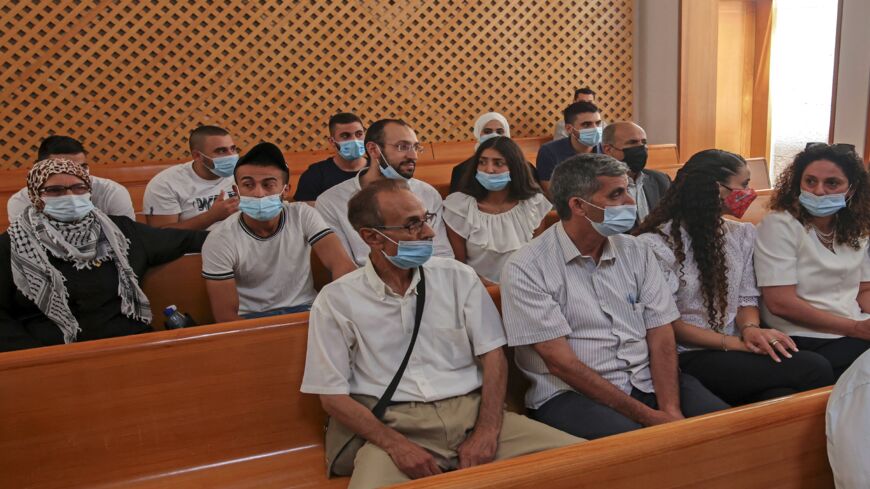 Israel’s Supreme Court on Monday proposed a compromise with the four Palestinian families facing eviction from Sheikh Jarrah, the East Jerusalem neighborhood that’s become a flashpoint in the Israeli-Palestinian crisis.

The court hasn’t reached a verdict in the high-profile case but suggested the 70 Palestinians could stay in their homes as “protected residents." Under the arrangement, the residents would be required to recognize Jewish ownership of their properties and pay an annual fee of 1,500 Israeli shekels ($465) to Nahalat Shimon, the US-based settler organization that has challenged the Palestinians' claim to the land.

“This compromise will give us breathing room for a good many years until either the land is properly regulated or there is peace,” Justice Yitzhak Amit said.

The families have seven days to provide the court with a list of names to be considered protected residents. The Times of Israel writes that “since Israeli law allows the grandchildren of first-generation protected tenants to maintain their status, this could mean the evictions would be delayed for decades.”

Ilan Shemer, a lawyer for Nahalat Shimon, opposed what he said was an “empty compromise” and called on the Palestinians to recognize the Jewish claim to the land. The Palestinians reportedly agreed to the proposal but refused to recognize Jewish ownership.

A small Jewish community is believed to have lived in Sheikh Jarrah until the 1948 Israeli-Arab war. In 1956, 28 Palestinian families who were displaced by the war moved into Sheikh Jarrah with the support of Jordan, which then controlled East Jerusalem.

But in 1967, Israel captured East Jerusalem, along with the West Bank and Gaza. An Israeli law passed three years later said Jewish property owners and their heirs could reclaim land if they proved ownership prior to 1948. Palestinians do not have that same right.

In the decades since the property law was passed, Nahalat Shimon and other pro-Jewish settler groups have launched a wave of lawsuits seeking to recover land in Sheikh Jarrah. Some 75 families in the East Jerusalem neighborhood risk eviction, according to the left-wing human rights group Ir Amim.

Israel’s Supreme Court was expected to hear the Palestinians’ appeal in May, but it delayed proceedings amid the violent protests that helped trigger the latest round of fighting between Israel and Hamas. The 11-day conflict killed at least 260 Palestinians and 13 Israelis, according to health officials on both sides.