A young man from Gaza is using social media to shed light on the poverty and difficult living conditions of many residents in the besieged enclave amid the lack of action from Palestinian authorities. 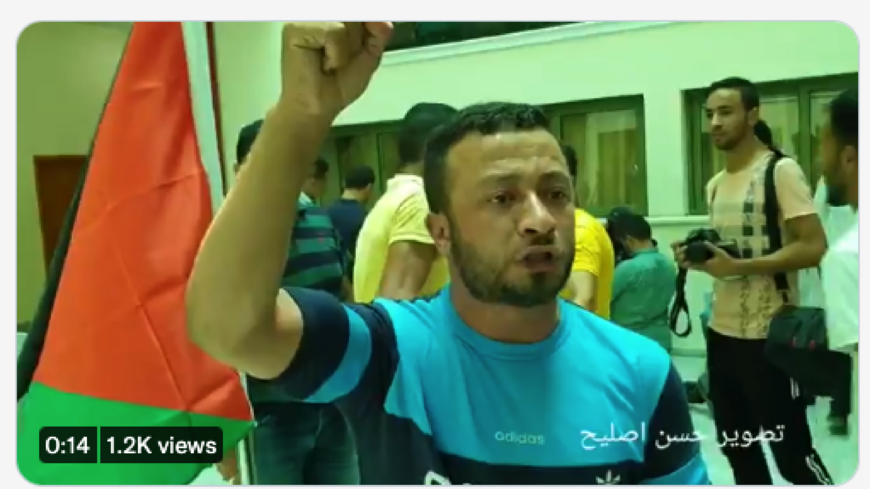 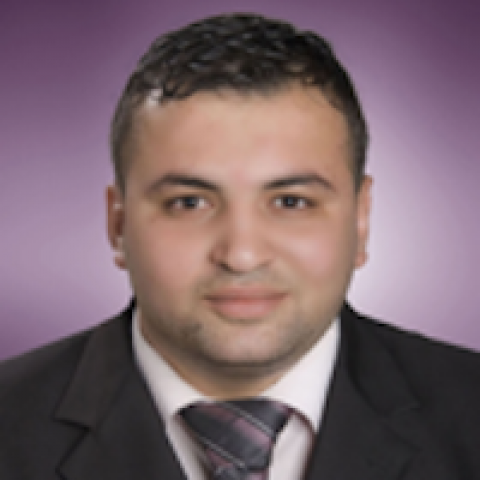 Ibrahim Barbakh, a resident of Khan Yunis in the southern Gaza Strip, broke his silence about the extreme poverty that crippled all aspects of his life. He shares his ordeal on his TikTok account.

Barbakh periodically produces videos portraying the complex living conditions plaguing the lives of the poor in Gaza and broadcasts them on social media platforms. The videos unveil the secrets of poverty that haunt Gazans and send sharp humanitarian messages to officials in Gaza and the West Bank, urging them to end the suffering there.

He is known on social media platforms and by Gaza Strip residents by his user name, Hema. The number of views and followers he earned made him famous on TikTok, where he refers to himself as Abu al-Ghalaba (Arabic for "father of the poor").

Barbakh, 28, is married and has a son. He needs a cornea transplant in his left eye. His health situation did not help him find a suitable source of income amid the scarcity of job opportunities due to the closure of commercial crossings and the tightening of the Israeli siege imposed on Gaza since the summer of 2006.

In his first video he posted on social media in 2018, Barbakh filmed himself in a cemetery spilling out to the dead his despair and complaining about the woes hitting the poor in the besieged Gaza Strip. Poverty and unemployment among the residents of Gaza have been soaring to unprecedented levels since 2018.

Speaking to Al-Monitor, Barbakh said, “We [are drenched] in poverty, but the authorities in the Gaza Strip and the West Bank keep turning a deaf ear to our misery. We cannot take this anymore. We had enough. Young men like me have no job opportunities in any government institutions.”

He added, “I could not stand idly by watching poverty destroying the lives of Gazans. I took it upon myself to shed light on their cruel suffering through social media platforms, for everyone around the world to see. I chose to appeal to the dead after trying, to no avail, to address the living and the responsible authorities in Gaza and the West Bank, who did not lift a finger to mitigate poverty.”

Barbakh said after his first video he was contacted by several Arab countries expressing solidarity with him and the torments of the poor. He was also visited by many residents in Gaza, who came to show support for his advocacy for those living in poverty.

However, the light he managed to shed on poverty failed to push concerned authorities to act to ease the woes of families living below the poverty line.

Seeing the buzz his first video made, he went on to highlight all forms of suffering faced by families in dire need. He continued to make more videos and posted them on social media using his mobile phone. He turned the public streets of Gaza and his home into his own studio to film live videos about the suffering of the poor. On a daily basis, he visits impoverished families to post on social media what he sees with his own eyes.

Barbakh said, “I made hundreds of videos, all focusing on the issues of the poor. I tackled the crises of water scarcity and power outages, the severe shortage of medicines, and the urgent need to travel for treatment of incurable diseases and costly urgent surgeries. I also talked about the unemployment crises and the lack of jobs for university graduates, and the reduction of social allowances for poor families by the Palestinian Ministry of Social Affairs.”

He added, “I constantly make live videos with persons walking on the streets or sitting on the side of the road to portray their suffering without hiding any details in the hope of finding someone to pull them out of the quagmire of poverty.”

Speaking about his own challenges and difficulties, he said, “The various crises plaguing life in the besieged enclave affected my ability to produce videos. The constant power cuts, the lack of the necessary tools and the scarce financial means make it hard for me to reach the homes of the deprived families to film their suffering.”

Barbakh continued, “Some wealthy citizens in the Gaza Strip belittle my efforts on social media platforms. They post negative comments on my personal TikTok page, calling me a beggar. This is not my objective. What I want is to expose the hidden repercussions of poverty on the deprived families of Gaza.”

The young TikToker hopes his page can ease the pain of the poor and give them a helping hand. His objective is to collect donations from rich people in various countries to give them directly to the poor families in Palestine while keeping the identities of their members anonymous.