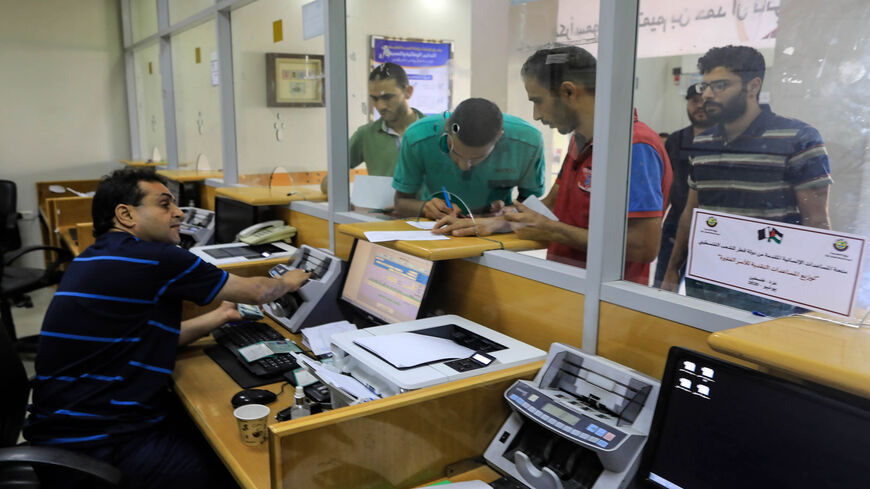 Palestinian press reported yesterday that the UN has agreed for a new mechanism to be put in place, for transferring Qatari assistance money to needy families in Gaza. In recent years, Qatari envoys arrived to Israel every six months, continuing from there to the Strip with suitcases full of cash. Once in place, the money was handed over to a representative of the needy families, to be distributed to them at post offices. Reportedly, the new mechanism would see the assistance money transferred to the Strip through West Bank Palestinian banks, under UN supervision. This new mechanism would guarantee better control of the money. It will address only charity money, not salaries of Gaza Strip civil servants. This solution was apparently pushed forward by UN special envoy to the region Tor Wensland. The report also claimed neither Israel not Hamas raised objection to it.

Lebanese newspaper Al-Akhbar published this morning, that in talks with international and Qatari officials, Hamas had agreed to consider a mechanism by which Qatari money would be distributed through Palestinian banks and under the supervision of the UN. Yesterday, unnamed official Israeli sources told Israel’s army radio that reports on such a new mechanism were not exact. Still, if any such mechanism is indeed established, it should not only help battling the dire economic crisis in the Strip, but also lay the ground for advancing a deal between Israel and the Hamas.

In past years, new Prime Minister Naftali Bennett and new Finance Minister Avigdor Liberman had repeatedly voiced criticism over the cash suitcases procedure, blaming then Prime Minister Benjamin Netanyahu of financing Hamas terror. This was actually the background to Liberman’s resignation in 2018 from his position of defense minister in the Netanyahu government. Israel’s new government has been insisting for a new mechanism be established, that would see donations to Gaza transferred through a UN fund. Such a fund would finance directly development projects in the Strip, bypassing Hamas involvement and preventing from the money being exploited for digging attack tunnels or manufacturing weapons.

While ready to negotiate, developments on the border over the past two weeks reflect the military strategy adopted by Israel’s new government, against any terror acts from the Gaza Strip. The Israeli Air Force attacked July 3 targets in Gaza, retaliating over incendiary balloons launched from the Strip throughout the weekend. Targets included a Hamas rocket launching pad and a weapons manufacturing facility. Already on July 1, IDF jets struck another Hamas weapons manufacturing facility in Gaza in response to incendiary balloons that were launched earlier that day.

Diaspora Affairs Minister Nachman Shai said yesterday (July 4) that "This particular government actually reacts more severely [than the Netanyahu government]. This is not a fixed formula of an air force attack for each [incendiary] balloon for an air force attack…In principle, it is clear that Israel is not ready to accept any violation of sovereignty - even by an [arson] balloon."

Operation Guardian of the Walls ended May 21, after 12 days of Hamas and the Islamic Jihad firing close to 4,400 rockets at Israel. During these fighting days, the IDF retaliated, trucking more than 1,500 targets of the two groups. An Egyptian-brokered ceasefire ended the fighting, offering a short-term solution. Since then, Egypt has been pushing for a long-term deal. Israeli commentator Tal Schneider reported July 1 that Cairo had appointed veteran mediator Ahmad Abd al-Khalek to join its negotiation team, in what Jerusalem perceives as stepping up mediation efforts and ahead of an expected visit to Washington of Bennett. While no date has been set yet for such a trip, President Joe Biden told visiting President Reuven Rivlin last week he was expecting to meet the Israeli premier as soon as possible.

Evidently, while the situation on the border with Gaza had deteriorated in the past few days, with more and more incendiary balloons igniting bush fires in Israeli southern communities, Egypt continues its mediation efforts for an agreement between the sides. A senior Israeli security delegation visited Cairo last week for mediated talks, and is expected to arrive there again this week. The delegation included National Security Council official Nimrod Gez, Israel’s chief negotiator for the release of Israelis held by Hamas Yaron Blum, and some other senior security officials.

As prime minister, Bennett had made it clear a long-term deal with Hamas must include the return to Israel of the bodies of IDF soldiers Oron Shaul and Hadar Goldin, and the release of the two Israeli civilians held by Hamas Avraham Avera Mengistu and Hisham al-Sayed. IDF seniors said in the past few days any agreement on easing the restriction on Gaza closure must include advancement on that issue. A Palestinian report last week said Israel might agree to release some Hamas prisoners who are sick, in exchange to information on the physical and mental health of Israeli captives. Reports in Israel said mediated talks are blocked as Hamas insists to include in the prisoner-exchange deal also prisoners responsible for the killing of Israelis.