Mossad chief reportedly in contact with Qatar over Gaza escalation

According to Israel’s public broadcaster Kan, Mossad chief Yossi Cohen has been in contact with Qatari officials to renew financial aid to the Gaza Strip. 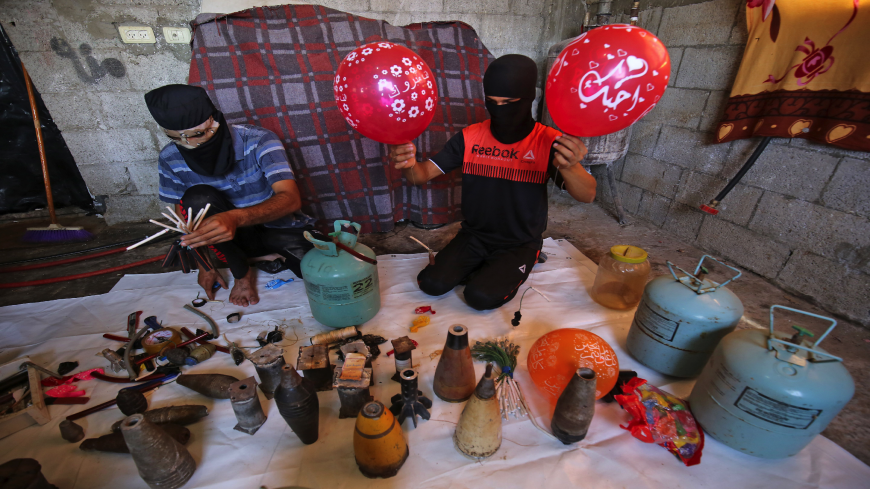 Masked Palestinians prepare flammable objects before attaching them to balloons to be flown toward Israel, in Rafah in the southern Gaza Strip, on August 8, 2020. - Photo by SAID KHATIB/AFP via Getty Images)

Israel’s public broadcaster Kan said yesterday that Mossad Chief Yossi Cohen has in recent days been in contact with senior Qatari officials to discuss the situation in the Gaza Strip. Israel estimates that the dire economic situation in Gaza has generated the past week’s tensions. Thus, Jerusalem is trying to convince Qatar to continue transferring financial aid to Gaza after August and the months to follow, as Qatar did the past two years. Israeli authorities believe that if Doha commits to transferring more aid, tensions on the border might die down.

According to other reports, Israel now estimates that the recent wave of explosive-laden balloons launched from Gaza was carried out by direct instruction from Hamas. The group is apparently demanding that Israel eases restrictions on the Strip and advances in talks over a prisoner-exchange deal, which would also include development projects.

Reacting to Kan's report on the Mossad, Qatar Envoy Mohammed al-Emadi said there was nothing new in the publication, noting that Qatar’s contacts with Israel are carried out in the framework of efforts to provide aid to Gaza.

Qatar has been providing the Strip with millions of dollars in cash since 2018, with the approval and sometimes even encouragement of Israel. Qatari money has been used to pay for fuel for the Strip’s power plant, to pay salaries of Hamas civil servants and as direct financial assistance to tens of thousands of impoverished families in Gaza. Israel has reportedly agreed to these transfers in exchange for Hamas ensuring calm in the south and as part of efforts to reach a long-term cease-fire.

Last February, Yisrael Beitenu leader Avigdor Liberman revealed that Mossad chief Cohen and senior Israel Defense Forces (IDF) Maj. Gen. Herzi Halevi visited Qatar earlier on the instruction of Prime Minister Benjamin Netanyahu, requesting that the country’s leaders continue their periodical payments to Hamas. In March, Qatar agreed to a request made by Hamas to extend the payments for an additional six months. And on June 15, Lebanese Al-Akhbar newspaper reported that Israel has approved the transfer of $50 million to the Gaza Strip in financial aid from Qatar. This has apparently been the last payment authorized by Israel, transferred in two installments. The last installment was made in late July during the Muslim Eid al-Adha holiday.

The additional six months are slated to expire in September. Hamas and Israel fear that the coronavirus-induced economic crisis will dissuade Qatar from digging again into its pockets. Reportedly, Cohen has been seeking to convince Qatar to agree to another six-month extension of the payments.

Parallel to Cohen’s efforts, the IDF has clarified to Hamas that it will not tolerate the escalation of incendiary balloons terrorism. Israel has reportedly transferred warnings in that vein to the group in recent days and is now considering a series of punitive measures against Hamas. These might include reducing the Gaza fishing zone or preventing the entry of fuel through the Kerem Shalom crossing. On Tuesday, Israel closed Kerem Shalom — Gaza’s main commercial crossing — for most goods, but the transfer of fuel, food and humanitarian aid is still permitted.

Evidently, the partial closure of Kerem Shalom did not stop the escalation. Israeli aircraft and tanks struck at least three sites in the Gaza Strip this morning in response to a new wave of incendiary balloons, which sparked more than 60 bush fires in the south of Israel. According to a recent publication, Egypt has also demanded that Hamas and other Palestinian groups stop the balloon attacks against Israel.