There are concerns the Qatari aid to the Gazans will stop as tension escalates on the border between the Gaza Strip and Israel. 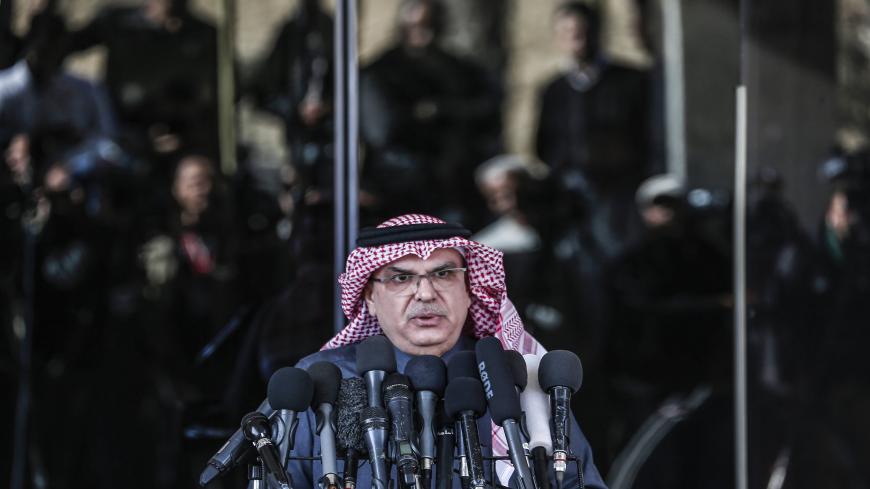 GAZA CITY, Gaza Strip — The head of Qatar's National Committee for the Reconstruction of Gaza, Mohammed al-Emadi, stated Aug. 11 that there are ongoing challenges and obstacles to the entry of aid to the Gaza Strip that are designed to reduce the effects of the siege imposed on the Palestinians.

He said in a statement that contacts with Israel are not new and are ongoing in order to facilitate the entry of aid to Gaza. Emadi added that Qatar will continue to support the Palestinian people in their steadfastness.

Emadi’s remarks came in response to Israeli media reports that there has been contact between the Israeli Mossad and senior Qatari officials.

Israel's public broadcaster Kan reported Aug. 11 that Mossad chief Yossi Cohen has been in contact with senior Qatari officials to discuss the recent escalation in the Gaza Strip and ensure that Qatar will continue to channel funds to Gaza, with the last payment ending next month.

The Qatari grant, which was supposed to end in March, was extended for six months following Cohen’s visit to Qatar in February. In October 2018, Qatar decided to provide $150 million in emergency humanitarian aid to the Gaza Strip in monthly payments of $25 million. The first payment was transferred to Gaza on Nov. 8, 2018.

Meanwhile, some Palestinians have resumed the launching of incendiary balloons from Gaza toward Israel in recent days, to which Israel responded with airstrikes on Hamas positions inside the enclave, the latest of which was on Aug. 19. The renewed airstrikes came hours after militants in Gaza fired a rocket toward Israeli communities north of the enclave late on Aug. 18.

Earlier on Aug. 18, Prime Minister Benjamin Netanyahu said "Israel would respond to airborne arson attacks in the same manner it does rocket attacks, and warned that there could be another major flareup."

The Israeli Walla news site said in an Aug. 11 report that the launching of incendiary balloons aims to pressure Israel into implementing the truce understandings and allow infrastructure projects. The report continued that the action was linked to the delay of the Qatari aid into Gaza for the month of August.

Speaking to Al-Monitor, Hamas spokesman Hazem Qassem rejected the idea of linking the resumption of incendiary balloons to the Qatari grant payment delay for this month. He said that the balloons were a popular reaction to the fact that the siege has been ongoing for 14 years now. “There is an ongoing siege that has overstrained the humanitarian situation in the Gaza Strip, and Israel tightens its siege every now and then,” he noted.

He added, “Israel is delaying the implementation of stage two and three of the Egypt and United Nations-sponsored truce understandings reached in late March 2019.”

Qassem pointed out that there has been ongoing contact between Hamas and all of the mediators so as to keep them informed about the suffocating siege on the Gaza Strip, and that Hamas is grateful to all parties providing support to Gaza, most notably Qatar.

Asked whether or not Qatar gave official consent to the grant renewal, Qassam refused to comment.

Commenting on the options Hamas has in case the Qatari support was halted in light on the ongoing siege, he said, “Our people’s choice is to continue to resist by all legitimate means until the siege is lifted.”

Mustafa al-Sawaf, a political analyst close to Hamas and former editor-in-chief of Felesteen newspaper, told Al-Monitor that the issue of the Qatari funds is strictly related to Qatar and has nothing to do with incendiary balloons. Rather, the popular anger in Gaza has led to the resumption of the firing of balloons, he said, noting that even if the funds are delivered to Gaza the incendiary balloons will continue to be fired as long as Israel has not implemented the terms of the truce agreement. He indicated that harsh combat tools will force Israel to do so.

“Israel will have to be engaged in a military confrontation with Gaza in case it did not get the message,” he added.

Sawaf believes that Qatar will not stop tranferring the grant payments in case it views them as serving the interests of the Palestinian people. Sawaf ruled out the possibility that Qatar ends the aid, particularly in light of the difficult conditions in the Gaza Strip. “Hamas is deploying all efforts to ease the blockade and does not exclude any option. If a military confrontation with Israel will force the latter to lift the siege, Hamas will go for it.”

Ibrahim al-Madhoun, a freelance political analyst close to Hamas, told Al-Monitor that firing the incendiary balloons has nothing to do with the Qatari grant, but rather with Israel failing to implement the agreed-upon humanitarian and development projects, to raise the number of export and import truck loads, and lift restrictions on items allowed to enter Gaza. This has generated wide-scale anger in the Gaza Strip, according to him.

Madhoun added, “In case Israel does not understand the state of anger and work on easing the siege — even to the minimum extent — clashes with Gaza will either continue or escalate.”

He underlined that the Qatari pledge to provide aid to the Lebanese people following the Beirut explosion does not mean its assistance to the Gaza Strip will be reduced or cut. “Qatar is ready to provide Gaza with support, and said support will not be halted unless Israel refused to or obstructed entry of the Qatari funds,” he added.

He noted that all Arab countries must be encouraged to follow suit and provide aid to the Palestinian people, and that all aid is accepted by Hamas as long as political concessions are not required.

Tayseer Mohsen, political science professor at Al-Azhar University in Gaza, told Al-Monitor that Gazans were forced to resort to harsh tools as Israel has failed to implement the truce understandings. This would pressure the sponsors of these understandings to have Israel meet its commitments, he said.

Mohsen pointed out that Cohen's statement has embarrassed Qatar, as it made Doha look like a subordinate to Israel and is pushing for assistance so as to calm down the security situation on the borders. This has prompted Emadi to explain that the Qatari funds delivered to Gaza serve a humanitarian and services-related purpose in light of the blockade, and that they do not come in response to Israeli demands, he explained.

“Qatar and Hamas were in contact, and the latter obtained a genuine promise that the Qatari grant will be renewed,” he added.

Mohsen also said that Israel needs to assume its responsibility for failing to implement the understandings, and must realize that this is not going to be limited to the popular level. Rather, it may escalate into an armed clash, if it does not rush to ease the siege and meet the Gazan demands.

He explained that Israel is keen to contain the situation and avoid a military confrontation with Gaza. This is true particularly since it delivered to Hamas an indirect message justifying the delay in the projects' implementation and attributing it to the international community’s preoccupation with the coronavirus pandemic. Israel has put forward these projects before several parties in order to cover its costs, Mohsen said, adding, “It is as if Israel is telling Gaza that it is not responsible for the delay.”

Hassan Abdo, a freelance writer and political analyst close to Islamic Jihad, told Al-Monitor that Hamas fears any shift in the financial support it obtains. According to him, a military confrontation with Israel would be an option in case said support was halted, because Hamas cannot stand a popular revolution in Gaza in protest against the poor humanitarian and economic conditions. He concluded that Hamas will be heading toward a war with Israel as an alternative to the implosion in the Gaza Strip.