Israel approved the transfer of $50 million to the Gaza Strip, apparently in exchange for Hamas keeping calm and refraining from resuming incendiary balloon terrorism. 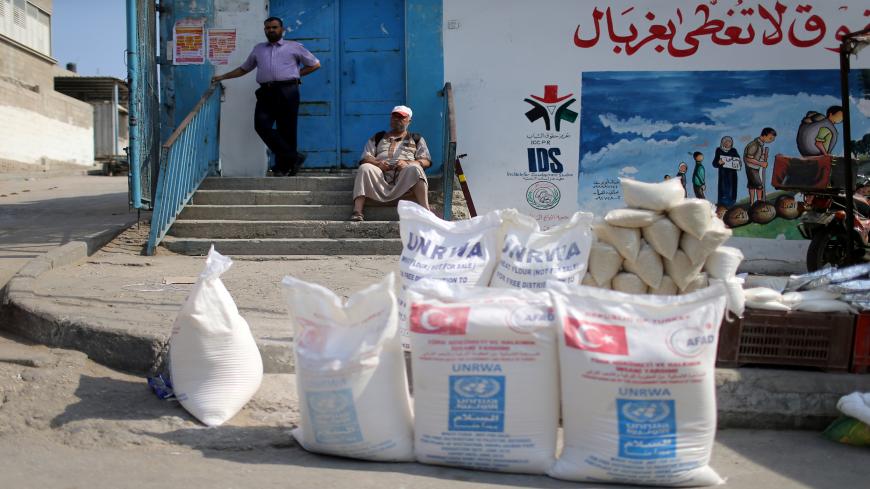 Lebanese Al-Akhbar newspaper reported June 15 that Israel has approved the transfer of $50 million to the Gaza Strip, in financial aid from Qatar. The money is expected to reach Gaza later this week or at the beginning of next week, and probably in two installments. The money will be transferred to projects supported by Qatar, especially infrastructure and electricity, and also to assist needy families.

The transfer comes on the backdrop of indirect contacts in recent days between Israel and Hamas, with the involvement of United Nations special envoy to the region Nickolay Mladenov and Qatari envoy to Gaza Mohammed al-Emadi. Hamas activists have been threatening lately to resume unrest on the Gaza-Israel border, specifically the incendiary balloon terror. It now seems that Mladenov and Emadi mediated an unofficial deal between the sides. In return for the money transfer, Hamas will keep quiet on the border.

The Gaza border has been relatively quiet throughout the coronavirus pandemic. On June 14, a bundle of suspicious balloons was spotted in the south of Israel, near the village of Tidhar adjacent to the Gaza Strip. The object was retrieved and neutralized. It was the first time since February that Israeli authorities spotted incendiary balloons coming from Gaza.

Senior Hamas official Ahmad al-Mudallal reportedly said that no decision has been taken yet on resuming the demonstrations near the border fence, or resuming other activities against Israel. A meeting of Gaza seniors on the issue is expected later today. Demonstrations near the fence were suspended last December, and were expected to resume at the end of March. But because of the coronavirus outbreak that did not happen. Mudallal also said that the balloons were launched by "desperate Gaza youth with no hope or future," hinting the launch was not an organized operation but an individual initiative.

On Feb. 22, following a meeting between Emadi and Hamas Gaza leader Yahya Sinwar, Qatar’s Foreign Ministry announced that it will increase the number of families in Gaza that will receive financial support from 70,000 to 120,000. Now, with the reported agreement on another aid transfer, Emadi said that the recent installment did not reach Gaza because of coronavirus-induced difficulties and not because of Israel creating obstacles.

Israel’s constructive approach was also manifested this morning by the intention of Finance Minister Israel Katz to bring for government approval a decision prolonging the exemption of value-added tax payments over fuel purchased by nongovernmental organizations operating in the West Bank — a decision widely criticized by right-wing opposition politicians.