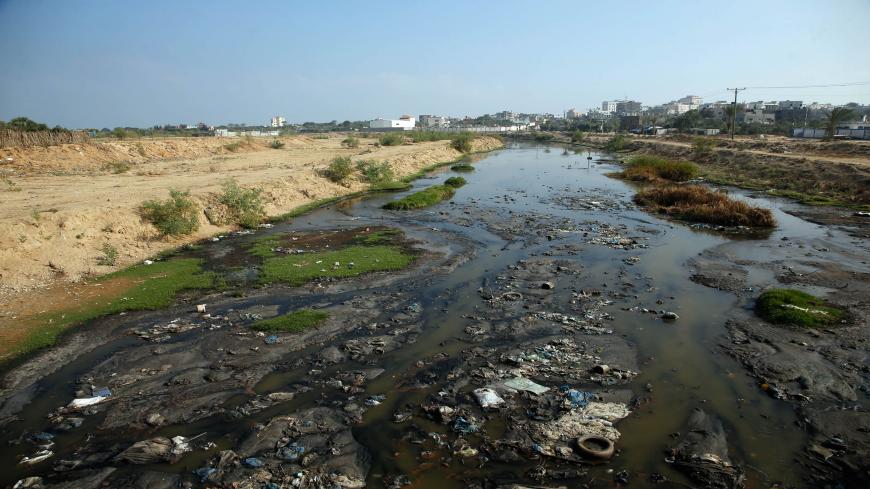 Israel Defense Forces (IDF) warplanes, tanks and drones attacked Hamas targets in northern Gaza on the evening of Aug. 23, in response to repeated incendiary and explosive-laden balloon attacks launched into Israel. The Israeli army said it had struck “military posts and underground infrastructure of the Hamas terror group in southern Gaza.”

According to the Israeli authorities, Gaza incendiary balloons sparked 28 fires in the south of the country on Aug. 23. Hundreds of fires have been ignited near the Israel-Gaza border since the beginning of the month. A salvo of 12 rockets and projectiles was fired at Israel on Aug. 20, with one rocket hitting and severely damaging a home in the southern town of Sderot.

The Israel-Gaza border has been quiet for almost six months, up until the beginning of August. On Aug. 11, Israel closed the commercial Kerem Shalom crossing point to all goods excluding fuel, food and humanitarian aid. It also limited Gaza's fishing zone from 15 nautical miles to 8 miles. On Aug. 13, as launching of incendiary balloons continued, Defense Minister Benny Gantz decided to halt the import of fuel as well.

According to Aug. 23 reports, Israel now also intends to restrict imports through the Erez border crossing. A security source quoted in Israeli media said, “Following the continued violation of security stability, and following the decision to close the Kerem Shalom commercial crossing with the exception of humanitarian equipment, it will be noted that the import of vehicles, which has so far been carried out through the Erez crossing, was stopped as well starting today."

In the past two years, Qatar has supplied the Gaza Strip with financial aid, bolstering a cease-fire with Israel. Pundits estimate that Hamas instigated this current round of violence in order to pressure Qatar and Israel to continue the transfer of aid. Qatar’s envoy to Gaza, Mohammed al-Emadi, is expected to visit Gaza later this week for the first time since February to deliver a cash payment. Money had continued to arrive to Gaza in the last six months, even though Emadi did not arrive there in person. Israel is now threatening to prevent his entry, should the incendiary balloons and rocket attacks persist. Egypt has been trying to mediate a cease-fire agreement, but so far no deal has been reached. London-based Asharq Al-Awsat reported today that an Israeli delegation led by IDF Southern Command Hertzi Halevi flew to Doha recently in order to convince Hamas leaders abroad to intervene to prevent a military escalation.

With fuel import halted, Gaza residents are getting only three-four hours of electricity per day. The shortage of electricity supply has also grave consequences for the treatment of sewage. A major treatment plant, which handles sewage from the Gaza communities of Beit Lahiya and Beit Hanoun, had ceased operating. The sewage from these localities has since been redirected to the Hanoun riverbed, which crosses the border and connects to the Shikma River in southern Israel.

Israeli officials now fear that if the Gaza sewage treatment facilities do not resume operations, the situation will deteriorate further, leading to a major ecological crisis. Gidon Bromberg, director of EcoPeace Middle East, said, “The consequence of the Israeli military’s decision to stop the fuel [that helps to power Gaza’s sewage treatment plants, among many other facilities] should have been fully thought through and should be reversed before an even higher price is paid by the environment and public health in Gaza, Israel and Egypt.”