Israel is perplexed over the recent statement by Russian Rear Adm. Vadim Kulit concerning the interception in Syria of alleged Israeli missiles. 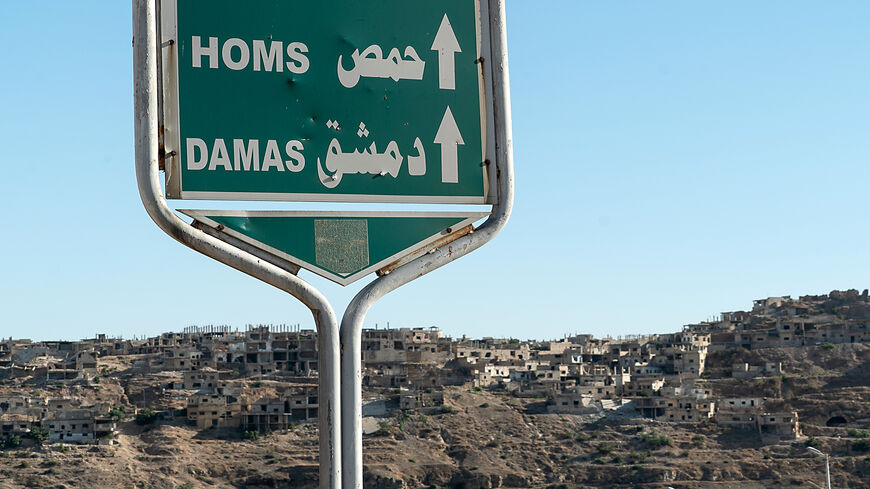 Israel did not issue an official response to the claims. Unofficially, it made sure that photos showing the serious damage to the targets struck in these attacks would be posted on networks and media outlets. Behind closed doors, Israeli defense officials are trying to understand the meaning of the Russian claims. Was it a slip of the tongue? Probably not. The Russians are not prone to accidental disclosures. Was it a trial balloon? Probably so. Is it serious? Are the Russians planning to curb Israel’s moves in Syria, as was reported by the London-based Asharq al-Awsat newspaper? Are talks on this issue underway between the Kremlin and White House, as the newspaper said?

Israel is not hitting the panic button. A senior Israeli military source told Al-Monitor that Russia’s claims were misleading. Most Israeli missiles are not intercepted and hit their marks with precision, the source said. Contrary to what the Russian general said, as far as Israel is aware, the SA17 and SA22 aerial interception systems deployed in Syria are operated by the Syrian military. The Russians only operate the S300 and S400 defenses in Syria, but these are intended to bring down aircraft, not missiles, said the source.

According to Israeli assessments, the Russian claims were a tactical move rather than a strategic shift. “They are conveying messages to us and not only to us,” said a senior Israeli security official on condition of anonymity, analyzing the remarks. “The first message has to do with Russia’s image and commercial interests. The Russians want to prove to the world, and especially to potential clients, that their systems work well and are capable of intercepting Israel Air Force missiles. This is the most prestigious rigorous standard possible. They have been trying to sell such systems to Iran and states in Africa — not always successfully. The Chinese are hot on their heels, so there is a kind of competition for prestige and market share.”

However, Israel knows there is more involved than prestige and money. “This Russian claim is unclear on all sorts of levels,” said the Israeli source. “First, it included erroneous information. The rate of interceptions is low and the systems are run by Syrians, not Russians. Not only that, but the mechanism put in place to avoid unintended friction between Israelis and Russians in the skies over Syria is in place and working properly.” This mechanism consists of military delegation visits on both sides, lengthy discussions under the purview of the Israel Defense Forces’ Operations Directorate and the Israel Air Force (IAF). According to the source, there is even a “hot line between the IAF’s control center and the Russian control center.”

In other words, Israel is not entirely clear what game the Russians are playing. Some suggest Russia is also jockeying to improve its position in the region following the change of administrations in Washington and Jerusalem. “Maybe they are signaling a change in the rules of the game, maybe they want to reduce Israeli activity over Syria,” the source suggested. If that is the case, the Russians may have a case. Israeli activity over Syria declined recently, but has been restored over the past two weeks, according to foreign news reports.

“The Russians are also working vis-a-vis Tehran,” a senior Israeli military source told Al-Monitor on condition of anonymity. “In Tehran, too, there is a new president and a Russian foothold is required.”

In this context, some in the Israeli defense establishment are seeing a connection between the Russian general’s claims and a Washington Post report several weeks ago that Russia will sell Iran an advanced spy satellite providing them with unprecedented capabilities. “Nothing is happenstance,” said a senior Israeli security source. “Iran is not the only one entrenching in Syria. The Russians, too, are in a constant struggle for control of the Middle East. When they sell Iran a strategic satellite of this type, they are sending a clear signal to everyone, not just Iran.”

“The Russians are playing a delicate game vis-à-vis Iran,” this source added. “They are trying to sell them as many systems as possible, while at the same time they are cooperating with the Israel Air Force over Syria. They have an interest in pacifying the Iranian regime, on the one hand, to prove Russia’s military and technological capabilities, but not to clash with Israel and the US. This is where we are right now.”

This development adds to the many headaches the new Israeli government is experiencing as it seeks to mark its territory and establish beneficial trust with the Biden White House. Two of Prime Minister Naftali Bennett’s closest aides will visit the White House in the coming days — Bennett’s new policy adviser Shimrit Meir (recently interviewed on Al-Monitor’s “On Israel” podcast) and the government’s new national security adviser, Eyal Hulata. In addition to all the other burning issues on their Washington agenda, they are likely to raise the developments vis-a-vis the Russians and ask the Americans to urgently clarify to the Kremlin that the United States backs Israel’s efforts to prevent Iranian entrenchment on Syrian territory.