Israeli President Isaac Herzog is now trying to discreetly resolve the diplomatic dispute between Moscow and Jerusalem so that the Jewish Agency can continue its activities there. 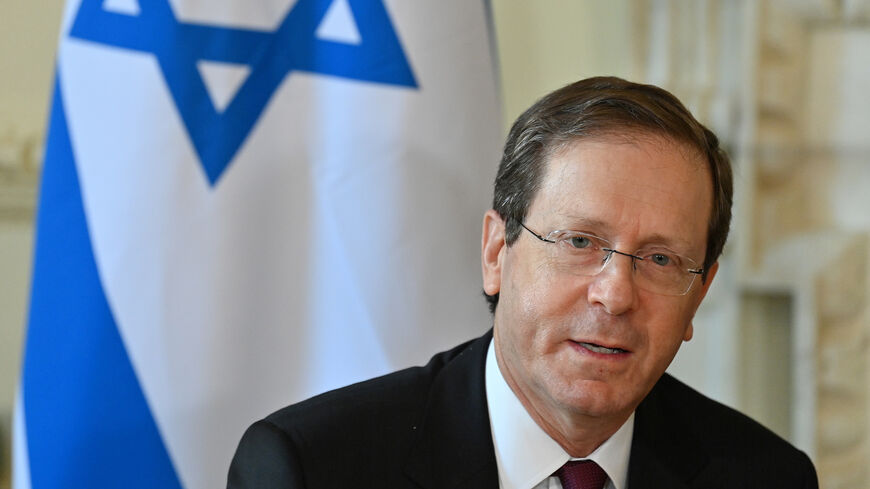 Five months after Russia’s invasion of Ukraine, Israel finds itself at a stand-off with President Vladimir Putin. The sophisticated balancing act executed by former Prime Minister Naftali Bennett between Putin and Ukraine’s President Volodymyr Zelenskyy, inter alia offering his services as a mediator, provided Israel with a period of grace during which it somehow managed to hold the stick at both ends.

The changing of the guard between Bennett and his Alternate Prime Minister Yair Lapid earlier this month put an end to that strange honeymoon. Russia is now threatening to close down the activity of the quasi-governmental Jewish Agency, which encourages Russian Jewish immigration to Israel.

As far as Israel is concerned, such a move is a step toward declaring war. Immigration to Israel is one of the basic tenets underpinning the Jewish state. With hundreds of thousands of Jews still living in Russia, it views the suspension of Israel’s immigration arm as a glaring signal of trouble.

At this point, Israeli-Russian operational military coordination on Syria remains intact. Since Lapid took office, Israel has reportedly conducted at least one raid on targets in Syria, according to foreign media outlets. The dialogue mechanism established between Russia’s military headquarters in Moscow and the headquarters of the Israel Defense Forces (IDF) and of the Israeli Air Force (IAF) in Tel Aviv apparently continues to operate as usual. However, Israel is concerned about the diplomatic crisis spilling over into the security realm, too, and limiting its ability to operate against Iran’s entrenchment in Syria.

“The question is how far the Russians are willing to go in this case,” a senior Israeli diplomatic source told Al-Monitor on condition of anonymity. “Right now, the crisis seems technical; Putin has yet to weigh in on the matter. This may be a Russian warning signal and not much more.”

Kremlin spokesperson Dmitry Peskov told reporters July 26, "The situation should not be politicized or projected onto the entirety of Russian-Israeli relations."

Russia, it should be noted, started harassing the Jewish Agency’s operations on its soil some eight years ago, around the time that Russia invaded the Crimean Peninsula. This low-level harassment persisted, escalating over the past two years and peaking with the official demand to close down the Jewish Agency’s office.

Yaakov (Yasha) Kedmi, who led Israel’s Nativ agency that facilitated Jewish immigration from the Soviet Union, told Al-Monitor that Russia’s current move against the Jewish Agency is essentially technical and bureaucratic in nature. The Foreign Ministry in Jerusalem disagrees with this assessment, attributing the escalation to what Russia perceives as a shift in Israel’s policy under Lapid, who as foreign minister adopted a tougher stand than Bennett on Russia’s invasion of Ukraine, clearly aligning alongside Ukraine along with most countries in the world.

There are two schools of thought in Israel regarding policy on Russia.

Many, especially security officials, argue that Israel has no reason to display meekness and subservience vis-a-vis Russia, which appreciates power and determination. This approach explains Lapid’s recent military declaration, warning of “consequences” for Israel-Russia relations should Russia go ahead with shuttering the Jewish Agency office. Officials in Israel have suggested recalling the Israeli ambassador from Moscow for discussions on a “price tag” to be exacted from Russia over such a move.

The second approach is diametrically opposed and was clearly instrumental in prompting Bennett’s mediation attempts earlier this year. It is based on concern that Russian S-300 and S-400 anti-aircraft missile batteries on Syrian territory could lock onto IAF planes operating against Iran-related targets in Syria and shoot them down. Such a scenario, in which a pilot is captured and perhaps even transferred to Iran, is a nightmare in Israeli eyes.

"Russia may be damaged, its prestige is at rock bottom, its army is performing poorly in Ukraine, but a wounded tiger is more dangerous than a calm leopard," a senior Israeli political official told Al-Monitor on condition of anonymity. "In such cases, if there is any doubt, there is no doubt. It is better to maintain understanding and cooperation with the Russians on our northern front, at almost any cost."

How will it end? Probably peacefully. Israel was supposed to send a legal delegation to try to solve the Jewish Agency's problems in Moscow, but the Russians delayed issuing visas for its members. On the morning of July 26, Israel announced that the visas would be issued today and the delegation would depart. In the meantime, Lapid has shifted gears and adopted a lower profile, while ordering senior Israeli government officials to stop speaking out on the matter. The second approach, advocating avoidance of a confrontation with Russia, appears to have prevailed, at least with regard to Lapid's conduct.

President Isaac Herzog, who served as chair of the Jewish Agency for three years prior to assuming the presidency, also offered his help to defuse the crisis. On July 25, he met with Lapid and on the morning of July 26 issued a statement, seeking to douse the flames.

“Some things are better left unsaid. I believe that the less we speak about it [in the press], the better we’ll be. It will allow proper treatment of the issue. … Russia is an important country. There could be numerous different scenarios and explanations to why and how this happened. … Let’s let the issue play out. The less we talk about it and the more we do, the better,” said Herzog, adding he was in full coordination with Lapid.

This crisis has also become embroiled in the campaign for the Nov. 1 elections, with opposition leader Benjamin Netanyahu's followers accusing Lapid of undermining the strategic relations that Netanyahu had built with Putin over the years. They ignore the fact that the entire Western world "spoiled" relations with Putin after the invasion of Ukraine, and forget that Putin kept Netanyahu waiting for many hours for a meeting in Sochi preceding the 2019 Israeli elections.