Ukrainian President Volodymyr Zelenskyy was one of the first world leaders to congratulate Benjamin Netanyahu for winning the November elections, but this might not be enough to convince him to supply weapons to Kyiv. 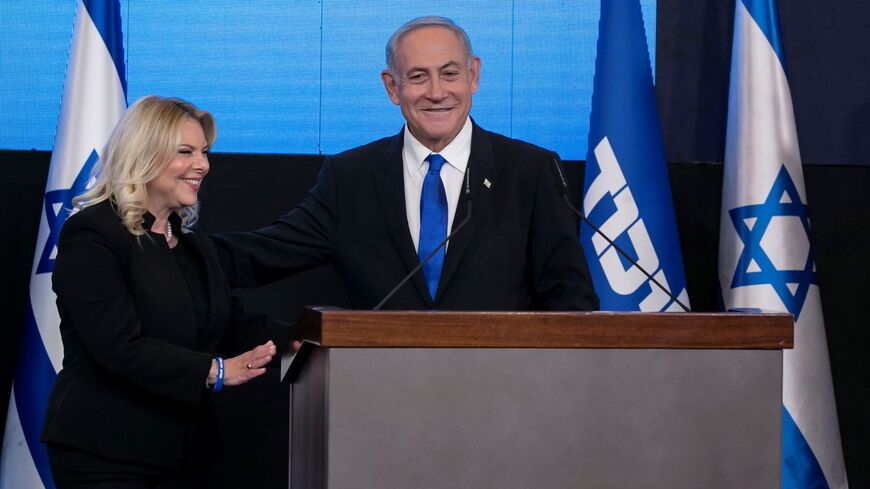 TEL AVIV — Ukrainian President Volodymyr Zelenskyy was one of the first world leaders to congratulate Benjamin Netanyahu on his election victory, first on Twitter and then by phone. The call took place Nov. 7 and was friendly. Reports said Zelenskyy asked for Israeli arms and invited Netanyahu to visit Kyiv. Netanyahu reportedly promised to examine the arms issue once formally entering office.

After this conversation, Zelenskyy tweeted again: “I had a phone call with Netanyahu. I congratulated him on winning the elections and wished him a successful formation of the new government. I expressed hope that the level of Ukrainian-Israeli interaction will correspond to the security challenges facing our countries.”

Over the past few months Zelenskyy has often expressed his disappointment over Israel's refusal to supply Ukraine with Iron Dome batteries against missiles and other weapons. Last April, Israel shifted its original position on the issue, agreeing to supply Ukraine with defensive equipment on top of its large humanitarian aid. Still, Prime Minister Yair Lapid and Defense Minister Benny Gantz repeatedly refused to extend that help to include arms.

Congratulating Netanyahu on his win Nov. 3, Zelenskyy noted, “We hope to open a new page in cooperation with the new government.”

Zelenskyy’s hopes were clearly raised when Netanyahu told USA Today in an Oct. 22 interview that he would "look into" Israel supplying weapons to Ukraine should he be elected prime minister.

In February 2022, when Russia invaded Ukraine, Netanyahu was leader of the opposition, so he was spared that particular headache. Prime Minister Naftali Bennett, on the other hand, flew to meet with Russian President Vladimir Putin and tried to mediate between him and Zelenskyy. His successor, Lapid, was clearly pro-Ukrainian, but still refused to send weapons or defense systems to Ukraine.

Before the Russian invasion, in the years when he served as prime minister, Netanyahu nurtured a close relationship with Putin. The Israeli-Russian understanding allegedly offers Israel the option of attacking Iranian targets in Syria without Russian interference. This is strategically highly important for Israel. Still, during his election campaign, Netanyahu had to be careful. Many Israelis of Russian origins feel revulsion toward Putin, and support Ukraine.

Back in the prime minister’s seat soon, Netanyahu might not resume this friendship, but is also not likely to take provocative steps such as supplying Kyiv with arms. The signs have been clear since the Nov. 1 elections. Apart from the phone call with Zelenskyy, Netanyahu’s comments on the war between Russia and Ukraine have been kept in check. Putin himself has not yet called to congratulate Netanyahu.

Prevailing wisdom says Netanyahu will be extremely cautious when dealing with Putin, but also in the support he provides to Ukraine. With the elections behind him, Russian-Israeli voters are no longer a major political factor.