Israel’s third squadron of F-35 fighter jets are set to be activated next week at Nevatim airbase. 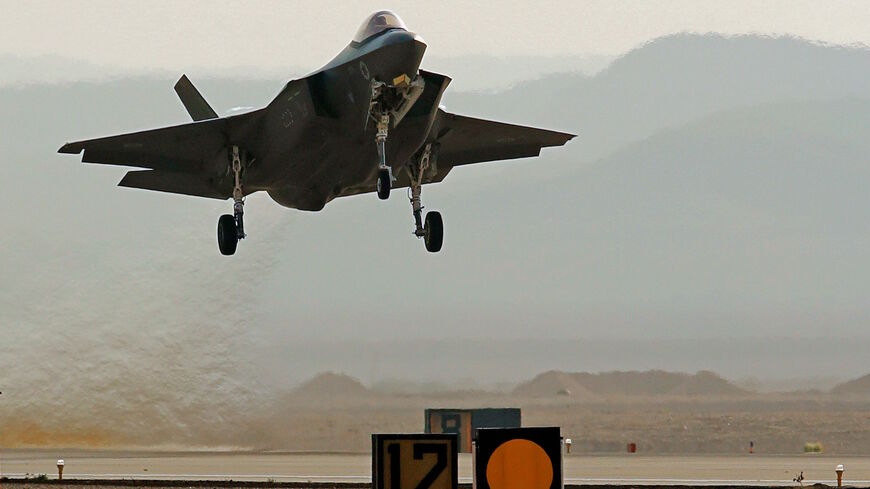 An Israeli F-35 fighter jet takes part in the Blue Flag multinational air defense exercise at the Ovda air force base, north of the Israeli city of Eilat, on Nov. 11, 2019. - JACK GUEZ/AFP via Getty Images

Israel’s Air Force will inaugurate a third squadron of F-35 fighter jets next week at the country’s Nevatim airbase.

The 117th squadron, designated “Adir,” will be activated as a training unit to prepare pilots to fly the highly advanced stealth F-35 Joint Strike Fighter in combat, according to The Jerusalem Post.

The 117th is a re-activation of an older F-16 unit that partook in the successful bombing of Iraq’s Osiriak nuclear reactor in 1981. The unit marked the first-ever mid-air shooting down of another aircraft by an F-16 during combat with Syria's air force just a month later.

Gantz suggested Israel may seek to expand its F-15 fleet after establishing the third F-35 squadron, but that decision may depend on surplus options made available by the United States. A spokesperson for Gantz’ office did not immediately respond to Al-Monitor’s request for comment.

Israel already has two combat-ready F-35 squadrons, the 140th Golden Eagle Squadron, declared combat ready in 2018, and the 116th “Lions of the South,” which was inaugurated last year.

The IAF possesses 27 F-35s and is expected to receive a total of 50 by 2024 in a deal reached with the US government. IAF F-35 pilots train regularly with their American counterparts, including in Italy for the first time in a joint multinational exercise earlier this month.

Earlier this week, F-35 pilots from the United States and United Kingdom joined their Israeli counterparts again for joint combat drills in an exercise called Tri-Lightning. US Marine Corps and Royal Air Force F-35s launched from the HMS Queen Elizabeth aircraft carrier during the exercises, which included air-to-air and air-to-ground combat missions over Israel’s southern desert.

The Queen Elizabeth, the UK’s largest warship, began launching airstrikes in June against the Islamic State in Iraq and Syria for the first time.

Israeli F-35 pilots have already gained combat experience against targets in Gaza and in Syria, where the IAF leads a campaign of strikes against Iran-linked targets Israel fears could develop into a threat near its borders.

Last month, some 120 US military personnel were evacuated from Israel amid the country's 11-day conflict with Palestinian militants in the Gaza Strip. The Navy and Marine Corps personnel were visiting to plan for upcoming joint exercises, the Pentagon said.