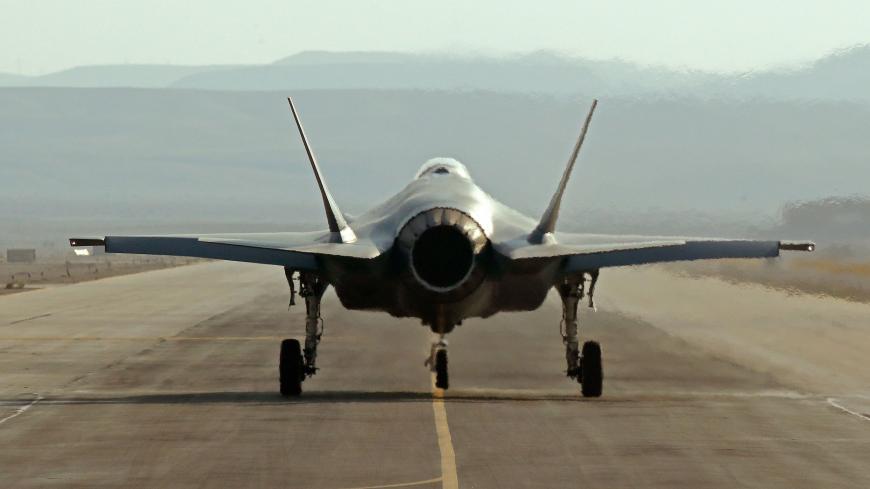 An Israeli F-35 I takes part in the "Blue Flag" multinational air defense exercise at the Ovda air force base, north of the city of Eilat, Israel, Nov. 11, 2019. - JACK GUEZ/AFP via Getty Images

“Without a doubt, we need to expand the F-35 array,” Gantz told Israel’s YNet television. “Right now, we have two squadrons. I reckon we will expand that. That is what I requested of the Americans,” he said.

Israel previously signed contracts to purchase 50 F-35s with plans for 25 more. It is the only country in the Middle East to possess Lockheed Martin’s fifth-generation fighter.

“I would buy another F-35 squadron and then examine what to do with the balance: continuing to expand the F-35 [procurement], going for F-15s?” Gantz said Monday.

The proposed squadron would join the 116th “Lions of the South” Squadron, which was declared combat-operational in August, and the “Golden Eagles” of the 140th at Nevatim air base in the Negev Desert.

Asked whether such a deal could be completed before Trump leaves office, Gantz replied, "I hope so. I think the defense budget needs to be handled properly, to be safeguarded. It is a kind of active insurance policy."

Israel's government is facing a gaping budget deficit and is headed for its fourth national elections in two years after the Knesset failed to agree on a 2021 budget last month. Israeli officials have not said how many additional F-35s are being sought for the proposed third squadron. A spokesperson for Gantz’s office was unable to comment on the matter.

The Trump administration is moving forward with plans to sell the United Arab Emirates up to 50 F-35s and 18 armed MQ-9B drones following Abu Dhabi’s recent normalization of ties with Israel. Israeli defense officials initially objected to the arrangement, but Gantz signed off on the idea after securing an agreement with former US Defense Secretary Mark Esper in October at the Pentagon. Gantz at the time hailed the agreement as ensuring his country’s regional military superiority for “decades to come.”

The Pentagon has indefinitely delayed a decision on full-rate production of the F-35 pending the completion of the system’s operational testing. So far, some 600 F-35s have been produced, according to Lockheed.