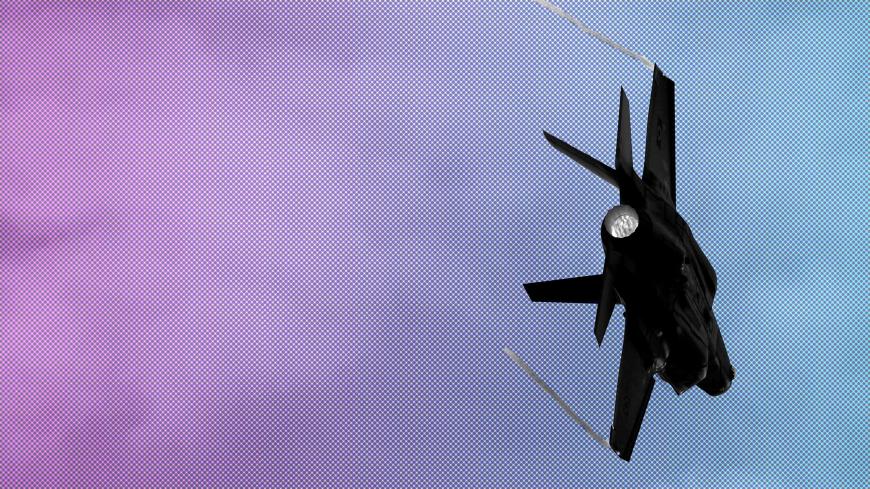 An Israeli Air Force F-35 stealth fighter jet flies during an aerial demonstration at a graduation ceremony for air force pilots at the Hatzerim Air Base in southern Israel, Dec. 29, 2016. - REUTERS/Amir Cohen

A pair of Lockheed Martin F-35 stealth jets were due to reach Israel the last week in August, adding to the other five fighter jets in a new squadron being created at an Israel Defense Forces air base in the south. At the last minute, before the planes were to take off from Fort Worth, Texas, the IDF announced on Aug. 30 that the Americans were delaying the planes’ delivery due to “more tests.” This news set off a wave of rumors fueled by a number of reports in international media that the new F-35 is a fighter plane rife with glitches and problems. In addition, rumor has it that its real-life operation capabilities are disappointing compared to the manufacturer's promises.

The Israeli Air Force (IAF) has hurried to smooth any ruffled feathers. “Everything is fine, and there is no malfunctioning that is relevant to us,” a high-level IAF source told Al-Monitor, speaking on the condition of anonymity. “The manufacturer found a trivial mishap in the fuel pipe of model B planes, while our planes are model A. But the manufacturer wanted to be sure that the model A's don’t have the same problem, so he asked our approval to delay the arrival to next week. Of course, we agreed.”

On Aug. 14, Maj. Gen. Amir Eshel had resigned as IAF commander, after five years in that position. Eshel was one of the most esteemed IAF commanders in recent decades. He also led the process for acquiring the F-35s. Eshel flew the jet many times and fell in love with it. The IAF is the first force outside the United States to put F-35 jets into service. Everyone is keeping an eye on the operational experience that the stealth jets are starting to accumulate in the Middle East.

In a farewell interview with Haaretz, Eshel addressed the issue of problems with the stealth. “Not everything is perfect,” he said. “There are some things you only learn on your feet. This happens with every plane that we add. But when you take off in this jet from Nevatim [IAF base], you can’t believe it. When you ascend to around 5,000 feet, the entire Middle East is yours at the cockpit. It is unbelievable what you can see. The American pilots that come to us didn’t experience that because they fly there, in Arizona, in Florida. Here they suddenly see the Middle East as a fighting zone. The threats, the various players, are in short range as well as in long range. Only then do you grasp the tremendous potential this machine has. We already see it with our own eyes.”

More than half a year after the first pair of stealth jets landed at Nevatim, in the Negev, the IAF is beginning to understand what it has acquired. Despite a rather vague statement by the outgoing air force chief that not all the characteristics of the new stealth plane match the manufacturer’s catalog, enthusiasm in Israel over the F-35 is not letting up, and perhaps even the opposite.

From the Israeli perspective, the F-35 jets constitute a jump of an entire technological generation — from fourth generation to fifth generation — in fighter jet technology and capabilities. Still, it is important to emphasize that integrating such an airplane into an air force takes quite a long time. The IAF reckons that it will take a few years to “completely” understand the stealth jet's capabilities. The IAF has not even begun the process of installing and integrating the numerous Israeli weapons systems destined to become an integral part of the jet.

With all that is on the table, Israel is happy. “This jet brings us everything we’ve dreamed of doing, in one package,” said another senior air force source, speaking on the condition of anonymity. “It’s all concentrated on one table for us. As we all know, the F-35 can reach places in a way that others can’t. But in addition, it integrates high-level operational capabilities as well as the ability to read and analyze a battle map. The earlier, fourth-generation jets are excellent at maneuvering and activating sophisticated weapons systems, but they are not able to collect intelligence and independently analyze battle movement. The F-35 can do all this by itself in real time, with only one pilot sitting in the cockpit. We have never had such an operational capability until today. Until now, attack aircraft were operated independently of air support aircraft. The former waited to receive analysis of the battle picture that came from the latter. But in the F-35, everything is on the same platform, and this is no less than amazing. When you connect that to several aircraft, you receive strategic capability for the State of Israel.”

Many European countries are looking wide-eyed at the goings-on in Israel involving the F-35. In the United States, the jet does not encounter really turbulent, volatile operational scenarios, as planes do in Israel on a daily basis. A top air force officer speaking on the condition of anonymity remarked to Al-Monitor, “The Americans have a large space with little friction, while we have a small space with a lot of friction.”

In addition to the complicated map of the various enmities and conflicts in the Middle East, another factor has entered the equation in the last two years: the heavy Russian presence in the region. This “presence” includes missile batteries, the world’s most sophisticated radar system, and numerous types of combat and bombing planes crowding the scene. The stealth jet has been flown in this environment in recent months. The IAF tries not to divulge too many details about its findings, but Israeli sources make sure to clarify that the F-35 meets all the IAF's expectations.

According to IAF sources, while the Russians are currently able to identify takeoffs from Israeli bases in real time, the F-35 stealth can go places without being seen. This has created a situation in which the IAF is adapting itself to the F-35 instead of adapting the jet to the air force. The goal, they say at the IAF, is to use the F-35 to upgrade the fourth generation jets that will fly around the F-35.

The backbone of Israel's air force still consists of veteran F-15 and F-16 jets. Some have been flown for dozens of years. “The F-35 makes them much better, and we are intensively working on this synergy,” a source among the top brass said on the condition of anonymity.

The bottom line is that even if the F-35 has glitches (which it does), and even if it does not completely live up to the manufacturer’s promises (which it doesn’t), the IAF is more than happy with its capabilities so far. The term “air superiority,” on which Israel’s national security has been based for generations, takes on an entirely new meaning by virtue of this fighter jet.