President Hassan Rouhani attempted a formal apology to Iranians frustrated by blackouts that are only adding up to their daily grievances. 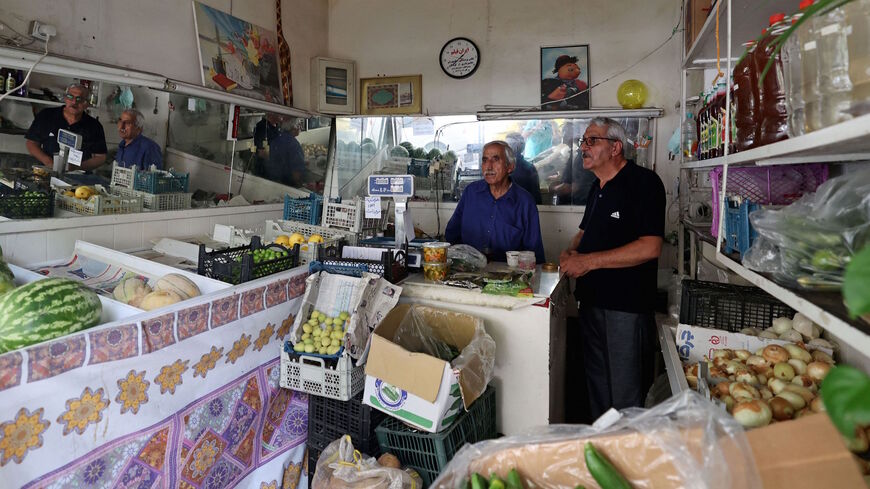 A vendor serves a costumer during a power outage in Iran's capital Tehran, on May 23, 2021. - ATTA KENARE/AFP via Getty Images

Several Iranian cities, including the capital Tehran, have in the past few days been rattled with death shouts against Supreme Leader Ayatollah Ali Khamenei, as unscheduled power cuts continue to disrupt normal life.

Many Iranians have also staged protests outside local offices, calling for the resignation of officials, including Energy Minister Reza Ardakanian.

While the damage dealt by the blackouts has yet to be formally assessed, it has already hit private businesses hard. In tall buildings, the cuts have also led to water outages, further complicating the situation amid the coronavirus pandemic and Iran's typically scorching summer season.

Addressing the matter at a Cabinet meeting July 6, Presidents Hassan Rouhani expressed his apology to Iranians, but absolved the Energy Ministry of the responsibility. "We have no option," he noted, "other than cutting back." Rouhani assigned First Vice President Is'haq Jahangir with the task of investigating the blackouts. The Judiciary, in control of hard-liners, also launched its own probe under the country's ultraconservative prosecutor-general.

The latest outages marked a second wave in the past three months alone. The Iranian government has attributed the power cuts to multiple causes, including overconsumption amid high temperatures, and has criticized ordinary Iranians for their failure to economize.

However, to many Iranians, the main culprit continues to be cryptocurrency mining. Under sanctions, the Islamic Republic has in the past year intensified the profitable practice, which is expected to be injecting an annual $1 billion into the battered economy, yet at the price of overloading the country's electricity network.

Amid the growing public outrage at the costs of the cryptocurrency adventure in the first wave of the cuts, President Rouhani issued a directive banning all the mining nationwide until September. No report has been made public on the status of the order yet. Much of Iran's cryptocurrency practice is reported to be conducted under the auspices of the Islamic Revolutionary Guard Corps (IRGC).

Given Iran's worn-out electricity infrastructure and its failure to invest on renewable energies in the past four decades, the trajectory for immediate solutions to the power cuts remain bleak to both officials and experts.

The blackouts also come at a moment of widespread discontent at a variety of public woes. Iran's squeezed economy has already sent prices soaring on a daily basis, that have been coupled with the impacts of the coronavirus pandemic, which is raging across the country unabated.

Intensifying the disillusionment, the blackouts have also sparked fears among Iranian officials about a social implosion, triggering a heavy police presence in public areas during the ongoing blackouts.

The country's Interior Minister Abdolreza Rahmani Fazli has already described the power cuts as a "serious challenge". Rahmani Fazli played the role of the Islamic Republic's frontman in an iron-fist nationwide crackdown on the protests against fuel price hikes in November 2019.