Iran's Guardian Council disqualified all the major moderate contenders from the country's presidential election, paving the way for a one-sided race and an anticipated victory for hard-line judicial chief Ibrahim Raisi. 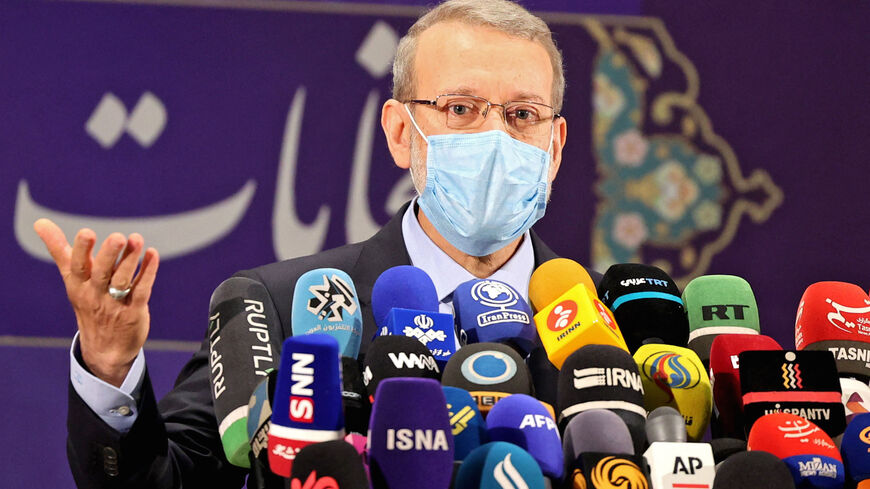 The lengths Iran's Guardian Council went to to squash the presidential hopes of top moderates shocked even many hard-liners in the Islamic Republic.

After nearly 10 days of deliberations, the 12-member body of ultraconservative clerics and lawyers came out with a list of seven candidates from among nearly 600 individuals who had registered. Ali Larijani, Iran's long-serving former parliament speaker, was not on the list.

Rising as a conservative politician in the 1980s, Larijani has been for decades at the very top circle of decision-making in the Islamic Republic and is currently serving as an adviser to Supreme Leader Ayatollah Ali Khamenei. Yet he has gradually transformed into a moderate figure, showing increasing closeness to incumbent President Hassan Rouhani. Larijani's shift toward the center has earned him the ire of hard-liners.

The Guardian Council normally offers little more than general explanations for the disqualifications. But as the body has long faced accusations of partisan bias, Larijani's removal is widely interpreted as a step toward facilitating a victory for hard-line judiciary chief Ibrahim Raisi. The cleric lost his presidential bid to Rouhani back in 2017 but remains uniquely close to the supreme leader and is blessed with unequivocal support from the powerful Islamic Revolutionary Guard Corps.

Of the Guardian Council's finalized names, five are conservatives, while the remaining two are moderates: Central Bank chief Abdulnasser Hemmati and a former governor, Mohsen Mehr-Alizadeh, neither on the list of favored candidates from the Reformist camp, which had been hoping for incumbent First Vice President Is'haq Jahangiri to pass the vetting process.

On social media, ultraconservative pundits applauded the Guardian Council for acting with "no reservation" and mercilessly removing figures who have already "served their own time," proven their inefficiency and are to blame for the country's current failures. To many members of the public and boycott supporters, however, the latest vetting process was yet more proof that voting is but a show in the Islamic Republic's political structure.

Larijani issued a brief statement reacting to his removal, declaring that he will not object to the decision and expressing hope that Iranians will participate in the election. Jahangiri followed suit. Former President Mahmoud Ahmadinejad, another major figure barred by the Guardian Council, has already issued a statement that he would boycott the vote if taken off the list.

Rouhani was reported to have appealed to Khamenei to intervene prior to the official release of the names and amid growing rumors about the removal of Larijani and Jahangiri. Under the Iranian constitution, and as seen in previous elections, the supreme leader holds the power to force the council revoke its decisions and allow barred candidates to reenter the race.

The announcement of this year's candidates despite Rouhani's plea indicated that the Iranian supreme leader had turned down the president's request. Still, Khamenei could consider additions.

The Iranian public has become increasingly disillusioned over the past few years. An increasingly stifling political scene, the state's deadly crackdown on the November 2019 nationwide protests and pressing economic grievances have added to the overall discontent. Voter apathy was readily apparent in last year's parliamentary elections, which had the lowest turnout in Iran's recent history.

The Guardian Council's purge of the prominent moderates is expected to keep the already indifferent voters away from the ballot box and bring into serious question the legitimacy of not only the new president but the Islamic Republic establishment as a whole.