Iran's powerful Guardian Council said it would review the decision to bar certain candidates from running in this month's presidential election. 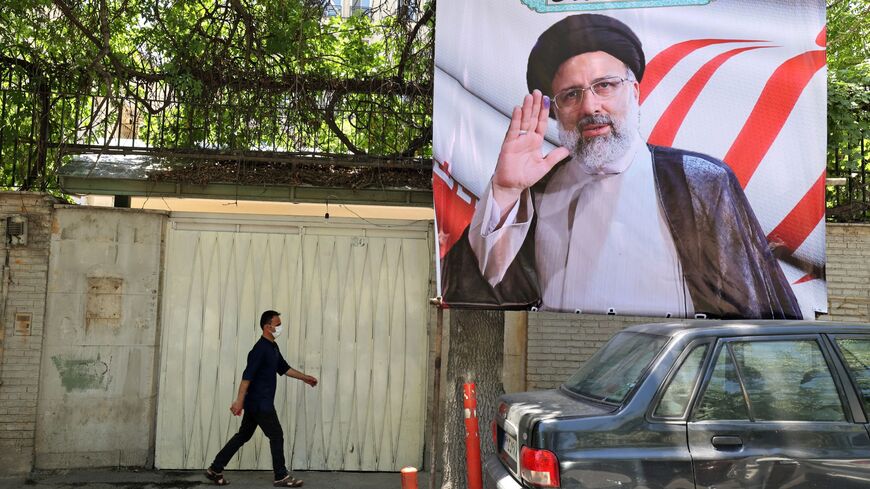 A pedestrian walks by an electoral poster of judiciary chief and presidential candidate Ebrahim Raisi in the Iranian capital, Tehran, on June 1, 2021. - ATTA KENARE/AFP via Getty Images

Iran’s election authority announced Friday that it will review its disqualification of candidates from this month’s presidential election after the selection process received criticism from Iran’s Supreme Leader.

Iranians will head to the polls June 18 to vote on outgoing President Hassan Rouhani’s successor. The Guardian Council, a 12-member body that vets potential candidates, announced last month that it had selected seven of roughly 600 candidates to appear on the ballot. Of that group, five are conservatives and two are reformists.

“In the vetting process some candidates were wronged,” the office of Supreme Leader Ali Khamenei tweeted, without specifying which candidates. “They were accused of untrue things that were unfortunately spread throughout the internet too."

“Protecting people’s honor is one of the most important issues. I call on the responsible bodies to restore their honor,” Khamenei added.

In a statement Friday, council spokesman Abbas Ali Kadkhodai said the supreme leader’s orders were “final,” adding, “The Guardian Council will soon announce its opinion, acknowledging that it is not immune to error.”

Conservative judiciary head Ebrahim Raisi, 60, is considered the heavy favorite to succeed Rouhani. Raisi, who is under US sanctions for human rights violations, is a close confidant of the 82-year-old Khamenei and has been floated as a possible successor.

The upcoming election comes as representatives from Iran and six world powers meet in Vienna to hash out a US return to the 2015 nuclear deal, which curbed Tehran’s nuclear ambitions in return for sanctions relief. Raisi is a vocal critic of the nuclear deal and his expected election could complicate prospects for a revived agreement.