Ahead of the trip of Prime Minister Naftali Bennett to the United States, Israel’s security agencies are preparing a personal, revealing file on Iranian President Ebrahim Raisi. 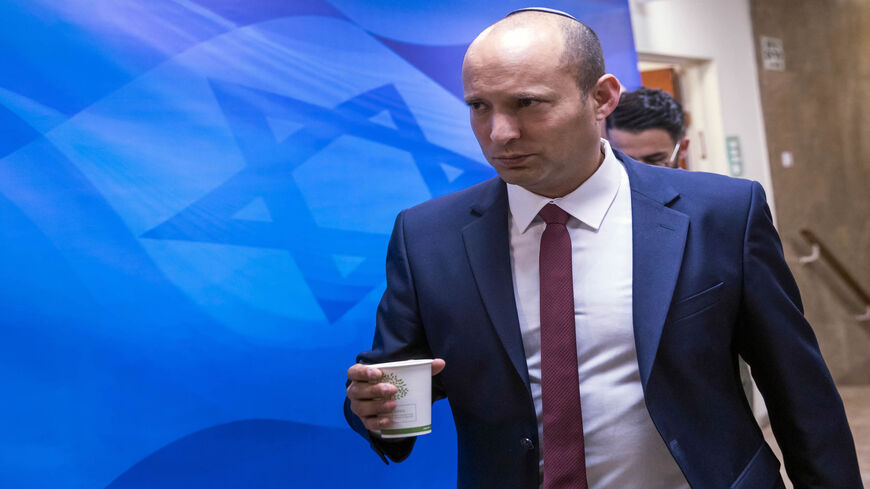 Judging by reports in the Israeli media, the Iran war has already erupted. The heavy battles indicate both sides intend to fight to the bitter end. The war is not a military confrontation between Israel and Iran, but rather a bloody clash in Israel between former Prime Minister Benjamin Netanyahu and the current government led by Prime Minister Naftali Bennett and Foreign Minister Yair Lapid.

The opening salvo was fired in a seminal July 14 opinion piece plastered on the front page of the Netanyahu family bulletin — the daily Israel Hayom newspaper — headlined, “Iran is racing toward a bomb and the Bennett-Lapid government is silent.” The writer — opposition leader Netanyahu —went at Bennett guns blazing, accusing his successor of enabling Iran’s nuclear breakout and claiming that contrary to his own policy, Lapid and Bennett had made the US administration a “zero surprise” pledge, while he himself had consistently refused to bow to such American demands.

In addition to the article, Netanyahu leveled similar accusations against Bennett at the Knesset July 12. Bennett, taking the podium to respond, said, “Since my predecessor often touts the Iran issue irresponsibly, I will not elaborate in order to avoid damaging state security. I will just say that there has never been anyone in Israel’s history who spoke so much and did so little about Iran.”

Netanyahu, having sustained a direct hit to his claim to fame and trademark as a fearless anti-Iran warrior, insisted on taking the podium to answer Bennett. Although Knesset rules do not permit a response to a response, the speaker allowed him to return to the podium, where the former prime minister claimed that the “Iranians know the truth” about the immense efforts, public and clandestine, Israel had made to delay, damage and torpedo their nuclear program during his 12 years in office.

Behind the scenes, new government officials are fuming at Netanyahu’s legacy, which one of them described to Al-Monitor on condition of anonymity as a “wilderness, neglect and zero preparedness” in the preservation, adaptation and development of Israel’s options for a military strike against Iran.

The existence of this option was a source of grave concern in Iran, as well as among senior Obama administration figures, in the initial years of the previous decade. Israel had invested 11 billion Israeli shekels ($3.35 billion) in developing this option, mostly during the days of then-Prime Minister Ehud Olmert (2006-2009). Netanyahu continued with the planning when he assumed office in 2009, repeatedly pondering in subsequent years whether to land such a blow on Iran, and when. By 2013, the plans were shelved and two years later, Obama signed the nuclear deal with Iran.

“When Netanyahu convinced President Donald Trump to pull the United States out of the nuclear agreement [in 2018],” a former senior security official told Al-Monitor on condition of anonymity, “he should have taken into account that such a move would fail and the Iranians would race undeterred toward a bomb.”

According to this source, Netanyahu ignored the need to update the military option to changing circumstances in which Iran’s program was far more developed, more scattered and more heavily protected than it was 10 years ago. “He did nothing, he did not allocate budgets and did not approve and oversee all of this,” the source said. “Maybe he was relying on Trump to carry out the attack himself. But Trump is no longer with us [in politics], whereas the Iranians are.”

Bennett, Lapid and Defense Minister Benny Gantz are now moving along two parallel paths. They are trying to quickly allocate budgets to restoring Israel’s military capacity to inflict significant damage on the Iranian nuclear program, estimated at 25 billion shekels ($7.64 billion), a hefty sum in Israeli terms. They will also try to obtain economic aid from President Joe Biden, along with special weapons components and armaments. They have no idea whether these efforts will bear fruit, but feel they have no choice.

At the same time, the new Bennett government is seeking to formulate a coherent and cohesive policy on various scenarios between Iran and the world powers currently trying to renew the nuclear deal with Iran. Contrary to previous assessments, the Iranians have suspended these negotiations as they wait for President-designate Ebrahim Raisi to assume office in August. Israel is now debating whether this decision was intended to scuttle the negotiations given Iran’s determination to move ahead toward a bomb in any case, or because the Iranian leadership has decided it would be best for Raisi’s signature to be on the renewed agreement.

This same Raisi has turned in recent days into Israel’s secret weapon in its public campaign against Iran’s nuclear ambitions. Bennett has instructed officials to compile an updated Raisi file, which he plans to present to the Americans and the world. Israel holds extensive evidence proving that Raisi’s reputation as the “Hangman from Tehran” was justly deserved, and that Iran’s new president had previously orchestrated wholesale hangings of prisoners in the notorious central prison of Karaj and personally oversaw the making of a television series based on the fabricated 1903 anti-Semitic treatise known as the “Protocols of the Elders of Zion.”

“Raisi is no theoretician,” one of Bennett’s closest aides told Al-Monitor on condition of anonymity. “He is not just a man with bloodied hands; he is the perpetrator, the executor of many executions.” The aide said Israel has obtained testimony from inmates at Karaj prison recounting how Raisi, along with other senior officials, used to celebrate each execution with cakes and profiteroles. “His anti-Semitism is hard core, crystalized and violent,” the official said. “The fact that he has invested great resources and energy in making the Protocols of the Elders of Zion accessible to the Iranian public proves this.”

Bennett plans to launch a public opinion campaign during his visit to Washington in August, providing world leaders and the public with a glimpse into the soul and record of Iran’s designated president and linking his actions to Iran’s push for military nuclear capacity. This man could have a nuclear bomb very soon, Bennett will tell his interlocutors. You don’t want this to happen on your watch; you don’t want this to happen at all.

The extent of Israel’s influence, if any, on a US return to the nuclear deal is unclear. But according to reports, Bennett is certain of one thing: Netanyahu’s Iran conception has reached the end of the road. The race toward a bomb continues undeterred, world powers are sitting silently on the sidelines, and Israel finds itself facing these developments on its own. The late Mossad Director Meir Dagan used to say that he favors an attack on Iran, but only “when the sword is placed on our neck.”

The sword, it would seem, is heading quickly for someone’s neck. Whose neck remains to be seen.