The drone attack against an Israeli-managed oil tanker last week revealed Israel’s soft underbelly at sea, and forces its leadership to consider how to retaliate. 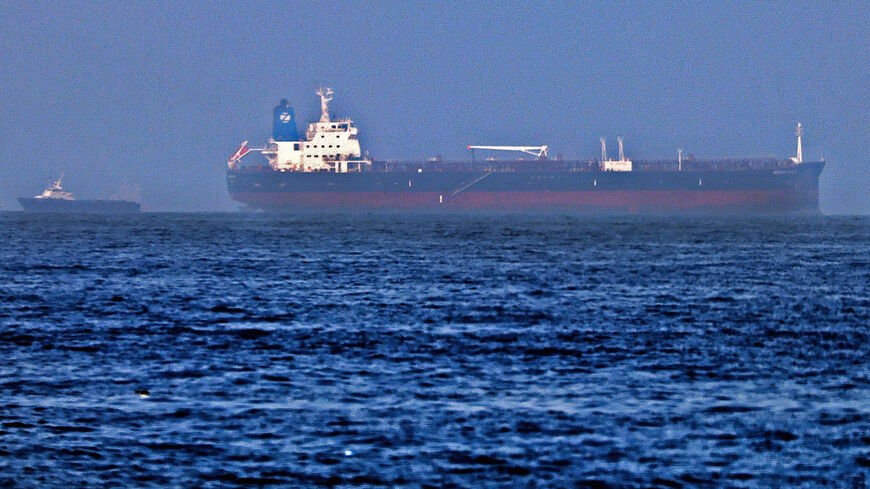 The Israeli-linked, Japanese-owned tanker MV Mercer Street is seen Aug. 3, 2021, off the port of the Gulf emirate of Fujairah in the United Arab Emirates. - KARIM SAHIB/AFP via Getty Images

Had Prime Minister Naftali Bennett been Israel’s defense minister or just a member of its Security Cabinet, he would have surely banged on the table and demanded direct action against Iran.

Before he became prime minister, Bennett (as mentioned here previously) likened Iran to an octopus deploying its tentacles in the region against Israel. Having branded himself as a high-tech version of then-Prime Minister Benjamin Netanyahu, Bennett's use of the octopus example was an enhanced version of Netanyahu’s description of Iran’s use of regional proxies against Israel as “arming the cat’s paws.” As education minister, Bennett demanded that Israel strike the head of the octopus whenever it used one of its tentacles to attack Israel or to spread terrorism in the region. A year later, in 2019, he made the same argument as defense minister, saying in closed-door meetings that there was no point in hacking off the tentacles of the proxies that Iran sends to fight Israel. The Iranians, he said at the time, must understand that Israel will exact a price directly from them. Whenever anything blows up in Israel and Iran is responsible, something must explode within Iran, he reportedly said.

Now, as prime minister, if Bennett bangs his fist, the table will shake. If he issues an order and wins majority approval for it in the Security Cabinet (he will need the votes of Finance Minister Avigdor Liberman, Foreign Minister Yair Lapid and Justice Minister Gideon Saar), an Israeli attack will surely follow. But similar situations in the past gave rise to the saying by and about Israeli prime ministers that “what you see from here, you do not see from there.” In other words, once you become the top decision-maker, you will not necessarily do everything that you demanded when you served in the opposition or in a lower-ranking government position.

Bennett is now facing a fateful test. According to Israeli, British and American intelligence, Iran used explosives-laden self-destructing drones to attack the merchant vessel Mercer Street in the Gulf of Oman on July 29. The vessel is operated by a company owned by Israeli shipping magnate Eyal Ofer. It is thought that Iran probably did not intend to cause loss of life, but the drone struck the bridge, killing the vessel’s Romanian captain and a British security guard.

Addressing his ministers at the start of the weekly Cabinet meeting Aug. 1, Bennett said there was no doubt Iran intended to hit an Israeli target. “I just heard that Iran, in a cowardly manner, is trying to evade responsibility for the event. They are denying this. Then, I determine, with absolute certainty that Iran carried out the attack against the ship. Iran's thuggishness endangers not only Israel, but also harms global interests, namely freedom of navigation and international trade. The intelligence evidence for this exists,” he said.

Will Israel retaliate militarily directly against Iran? That is the billion-dollar question. The incident occurred just as Iranian President Ebrahim Raisi, whom Bennett dubs the “hangman from Tehran,” was taking office. US Secretary of State Anthony Blinken said the timing was coincidental. Meanwhile, Israel has launched a highly coordinated diplomatic campaign that is yielding surprising fruit: almost perfect coordination between Israel, the UK and US. The Daily Mirror reported Aug. 2 that “British commanders are drawing up plans for a UK special-forces strike mission against an Iran-backed terror team which attacked an Israeli-operated tanker.” The report added that Israeli intelligence “has pinpointed the area where the drone team is believed to have launched the drone.” Blinken also pointed the finger at Iran, saying, "We are in very close contact and coordination with the United Kingdom, Israel, Romania and other countries, and there will be a collective response." Is it time to warehouse Israel’s offensive weapons in favor of a diplomatic response? This is precisely what Israel is mulling.

Defense Minister Benny Gantz, addressing the Knesset on Aug. 2, adopted a hawkish tone, saying Iran posed a clear and imminent danger. “Iran’s aggression in the region generally and on the maritime front, in particular, is intensifying. … This is the exact reason that we must act right now against Iran, which not only strives for a nuclear military [program] but also is leading to a dangerous arms race and the crumbling of stability in the Middle East.” Gantz added that under Raisi, Iran “will be more dangerous to the world than it has been so far, more destructive to the region than it has been so far, and will strive to become an existential threat to Israel. We will work to remove any such threat.”

Discussions behind the scenes are focusing on the best strategy for Israel to adopt. Lest we forget, Israel initiated the naval campaign against Iran some two years ago, using commandos to attack Iranian tankers transporting oil to Syria in violation of the international embargo on Tehran, according to foreign news reports. In April of this year, a mysterious attack was reported on a vessel operated by Iran’s Revolutionary Guards in the Red Sea.

Israeli opinion on these attacks was divided, with some members of the Security Cabinet arguing that the consequences of this shadow war were greater than the benefit. “After all, such activity does not damage Iran’s nuclear program, which is Israel’s main effort, but it does allow Iran to shift its struggle against us to an arena it finds more convenient,” a senior intelligence source told Al-Monitor on condition of anonymity.

In other words, Israel enjoyed unchallenged superiority in its so-called “war between the wars” with Iran — control of the skies, precise intelligence and almost endless firepower, while Iran is far away, isolated and vulnerable. “When you shift the arena to maritime shipping lanes, we lose our relative advantage,” a former senior Israeli security source told Al-Monitor on condition of anonymity. Similar criticism of Israel’s naval activity was voiced recently by the former commander of the navy, Vice Adm. Eliezer Marom, who wrote in the Israel Hayom newspaper, “A naval campaign on cargo ships is not beneficial to Israel.”

Is Israel deterred by Iran in the maritime arena, where it lacks the ability to defend merchant shipping? Are the Persian Gulf, Gulf of Oman and Red Sea arenas in which Iran enjoys certain superiority over Israel? These questions will be answered soon. “There’s no doubt the Gulf is Israel’s weak underbelly,” a former senior intelligence source told Al-Monitor on condition of anonymity.

Meanwhile, Israel is focusing on diplomatic efforts, which have borne fruit British Prime Minister Boris Johnson blamed Iran directly for the strike on the Mercer Street, called it “outrageous” and said Iran must “face up to the consequences.” A similar response was issued in Washington, which warned of retaliation in coordination with other countries.

At the same time, Israel’s military chief, Lt. Gen. Aviv Kochavi, spoke with the head of US Central Command, Gen. Kenneth "Frank" McKenzie. The military issued a special announcement about the call, reflecting the pressure Israel is trying to exert on Iran in the media arena, too. “A conversation between the chief of staff and General McKenzie,” another senior Israeli security source told Al-Monitor on condition of anonymity, “does not deal with the weather nor with the wave of fires in the Middle East. When these two talk, their conversation includes operational matters.” Have the United States and the UK given Israel a green light for a retaliatory strike on Iran? Have they decided that such a strike would be undertaken jointly by all three? Or is this simply an exercise in pressuring Iran? We will know in the coming weeks.