Israeli Prime Minister Naftali Bennett said there is clear evidence that Iran was involved in the July 29 drone attack on an Israeli-managed ship. 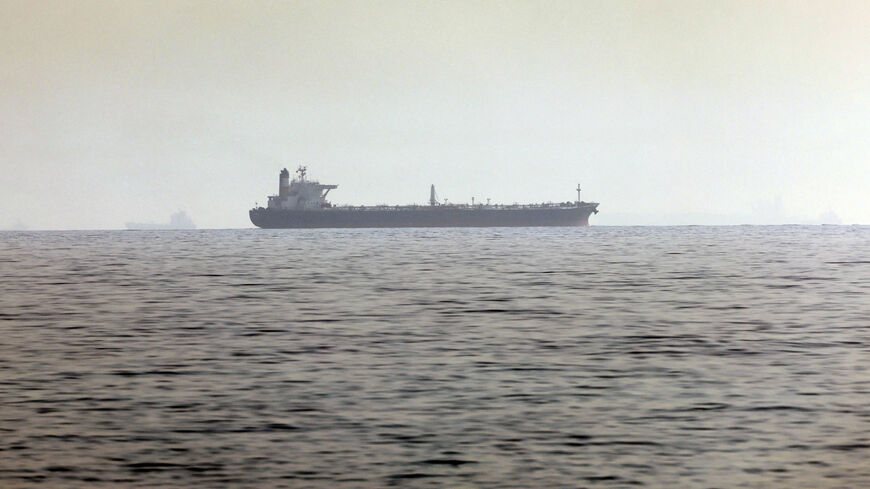 A ship is pictured off the coast of Fujairah in the United Arab Emirates, where an Israeli-operated ship was attacked opposite the Iranian coast, April 14, 2021. - Giuseppe Cacace/AFP via Getty Images

British Foreign Secretary Dominic Raab said Aug. 1 his government believes the drone attack July 29 on the Mercer Street ship oil tanker was “deliberate, targeted, and a clear violation of international law by Iran. UK assessments have concluded that it is highly likely that Iran attacked the MV Mercer Street in international waters off Oman July 29 using one or more Unmanned Aerial Vehicles.” US Secretary of State Antony Blinken said Aug. 1, "Upon review of the available information, we are confident that Iran conducted this attack, which killed two innocent people, using one-way explosive (drones), a lethal capability it is increasingly employing throughout the region."

Reacting to the two statements, Israeli Foreign Minister Yair Lapid tweeted, "For the past two days, I spoke with Secretary of State Antony Blinken and also with colleagues around the world on the subject of the Iranian attack. The murderous regime in Iran and the terrorist acts it exports constitutes a global threat. I am pleased that both the US and the UK condemn these terrorist acts."

The MV Mercer Street ship is Liberian-flagged and owned by a Japanese company, but is operated by the London-based Zodiac Maritime, which is part of Israeli billionaire Eyal Ofer’s Zodiac Group. It was attacked while sailing off the coast of Oman. Two crew members — one British national and one Romanian national — were killed in the drone attack.

Speaking at the weekly Cabinet meeting Aug. 1, Prime Minister Naftali Bennett said, “I just heard that Iran, in a cowardly manner, is trying to evade responsibility for the event. They are denying this. Then, I determine, with absolute certainty that Iran carried out the attack against the ship. Iran's thuggishness endangers not only Israel, but also harms global interests, namely freedom of navigation and international trade. The intelligence evidence for this exists and we expect the international community will make it clear to the Iranian regime that they have made a serious mistake. In any case, we know how to send a message to Iran in our own way.”

Shortly after the attack, Defense Minister Benny Gantz called an urgent meeting with Israel Defense Forces Chief of Staff Aviv Kochavi and with other defense officials. At the same time, Lapid spoke with his American, British and Romanian counterparts. After his conversation with Blinken, the office of Lapid said the two ministers discussed “the attack on the ship in the Gulf of Oman, the joint fight against Iranian terrorism and the formulation of a substantial and effective international response.” A statement issued by the State Department said that Blinken and Lapid agreed to work with other allies “to investigate the facts, provide support and consider the appropriate next steps.”

Lapid said he had ordered Israeli diplomats to push for United Nations action against “Iranian terrorism.” “I have instructed the embassies in Washington, London and the UN to work with their interlocutors in government and the relevant delegations at the UN headquarters in New York,” tweeted Lapid.

The July 29 attack was the first known fatal strike after years of assaults on ships in the region, on the backdrop of growing international tensions with Iran. On July 3, for instance, a commercial ship that was previously Israeli-owned (also by Zodiac Maritime), was attacked in the northern Indian Ocean. The vehicle-carrier vessel Hyperion, owned by the Israeli Ray Shipping company and Israeli businessman Rami Ungar, was attacked April 13 in United Arab Emirates waters. Reports said the Hyperion came under fire near the emirate of Fujairah in the Gulf of Oman. The vehicle carrier MV Helios Ray, also owned by Ray shipping, was attacked at the end of February, also in the Gulf of Oman.