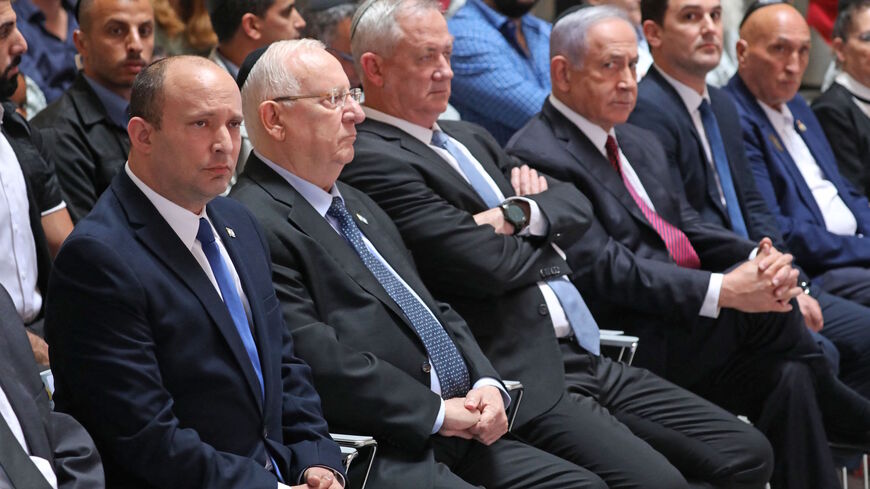 In his bid to undermine the legitimacy of Israel’s new government, former Prime Minister Benjamin Netanyahu has no qualms about torpedoing its efforts to forge a solid working relationship with the Biden administration. Not only was Netanyahu responsible directly for tearing apart the fabric of relations between Israel and the Democratic Party during the Trump administration, he is now trying to drive a wedge between the new government and the Democratic administration by riding the same old Iranian horse he rode to clinch his close ties with the Republicans.

Indeed, an Israeli commitment to compromise its freedom of military action, public or clandestine, would be an unprecedented, grave move. Obviously, nothing of this sort happened. Netanyahu’s accusation was a lie. As abovementioned, Netanyahu based his allegedly dramatic statement following the Lapid-Blinken call. Netanyahu was counting on the fact that most Israelis are unfamiliar with diplomacy jargon. “Zero surprise” is one of the oldest, fundamental principles in Israeli-US relations. During the Obama administration, Israel was the one that demanded a return to the “zero surprise” policy following a number of bitter disappointments with the president (including a US demand to freeze construction in the settlements).

“Zero surprise” does not include clandestine activity of the type Israel undertakes on an almost routine basis against its various enemies. The US secretary of defense does not join Israel’s prime minister and defense minister when they participate in the secret weekly “operations and targets” meeting, not even via Zoom. Israel does not ask the United States for permission to launch a commando raid or Mossad operation or any attack carried out under the radar without an Israeli signature.

Israel does its best to give the Americans advance notice when its planned activity risks endangering them, and only then. Reportedly, Netanyahu himself had agreed to give Russia, too, advance warning of this kind regarding Israel air force activity over Syria that could endanger Russia air activity there. In this respect, there has been no change, and none is expected in the policy of the Bennett-Lapid government. Netanyahu is well aware of this but nonetheless tried to turn Washington and Jerusalem against each other while seeking to prove his contention that the government that replaced his own this month poses a clear danger to Israel.

Lapid was quick to respond, denying Netanyahu’s accusation out of hand. Defense Minister Benny Gantz accused Netanyahu of spreading embarrassing lies. Netanyahu doesn’t care. He knowingly tells bald-faced lies in order to cast doubt on the legitimacy of his successors. By the same token, his people continue to refer to him as the “prime minister” and avoid using Bennett’s name whenever possible. The fact that Netanyahu himself advocated a mutual defense treaty with the United States, which would have prevented any independent military action on its part, and discussed it with President Donald Trump in September 2019, seems to have slipped his mind. Netanyahu needed talk of such a treaty at the time to bolster his reelection prospects. Now he needs it to portray Bennett as a puppet of Lapid and a danger to Israel, and all means are justified.

For now, it’s working well. In a conditioned reflex honed by 12 years of his rule, Israel’s prime-time television shows aired Netanyahu’s accusations. The Likud’s Knesset members are still going along with his whims. The question is how long this facade can last. Will Netanyahu manage to bring down the shaky underpinnings of the new coalition in the coming weeks by preventing passage of a new budget, which would automatically bring down the government? Right now, prospects of such an outcome are low.

Netanyahu is building his strategy on the Iranian horse. The expected US return to the nuclear deal with Iran would allow him to position himself as an alternative to the “weak and dangerous” Bennett-Lapid duo, on whose watch the Americans signed a highly risky deal with Iran. Netanyahu will brand himself as the leader who brought about United States withdrawal from this bad deal (through his decisive influence on the Trump administration), and Bennett and Lapid as those who allowed the United States to return.

Netanyahu and his rivals do agree fully on one thing: The election of Ebrahim Raisi as Iran’s president will serve Israel’s strategic interests of branding Raisi's country as a radical state dangerous to its own people and the region. “Raisi is the new Ahmadinejad,” a former senior Israeli intelligence official told Al-Monitor on condition of anonymity. “Just as Ahmadinejad helped us explain to the world what a dangerous, sinister state Iran is, and just like his successor Rouhani successfully created the opposite impression, much to our chagrin, so Raisi is living proof of Israel’s thesis that Iran is a tiger in sheep’s clothing.”

During President Hassan Rouhani’s term in office, Israel had its work cut out convincing the world of the Iranian threat, especially given the presence on the world stage of his genial Foreign Minister Mohammad Javad Zarif with his impeccable English and Western demeanor. According to Israel’s intelligence assessment, Iran’s Supreme Leader Ayatollah Ali Khamenei handpicked Raisi. “They are grooming him for Khamenei’s succession. This was an urgent, no default move and it explains why they eliminated all the candidates who might have compromised this outcome,” an Israeli security source told Al-Monitor on condition of anonymity. Israel is expected to capitalize on the election of the hard-line cleric Bennett calls the “hangman of Tehran” for public diplomacy purposes, although it may be too late given that both the United States and Iran are reconciled to their mutual return to the deal.