The president-elect said Iran wants "interaction with the world" and called on US President Joe Biden to lift all sanctions. 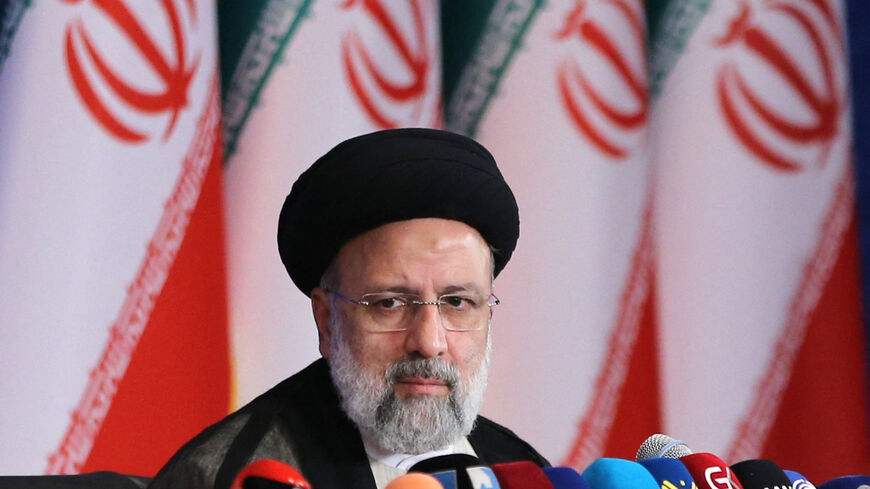 Days after his landslide victory, Iranian President-elect Ebrahim Raisi said on Monday that his new government will focus on engagement with regional neighbors.

“Iran wants interaction with the world,” Raisi said. “My government’s priority will be improving ties with our neighbors in the region.”

The 60-year-old judiciary chief, who will replace current President Hassan Rouhani in August, made the comments during his first news conference since winning Friday’s presidential contest. Raisi, who is under US sanctions for human rights violations, was widely projected to win after Iran’s Guardian Council barred other popular contenders from running.

Iran has downplayed concerns that the election of a hard-liner would impact ongoing negotiations over the landmark nuclear deal known as the Joint Comprehensive Plan of Action (JCPOA).

Washington and Tehran, which are negotiating indirectly on a mutual return to the deal that former President Donald Trump withdrew from in 2018, disagree on which side should act first to resume compliance. The Biden administration has said it hopes to both revive the JCPOA and strike a “longer and stronger” deal that would address other areas of concern, including Iran’s ballistic missile program and proxy activity in the region.

Raisi said Monday that those issues were “not up for negotiation” and called on Biden to lift the crippling sanctions imposed on Iran.

"The Americans trampled on the JCPOA and the Europeans failed to live up to their commitment. I reiterate to the US that you were committed to lifting the sanctions — come back and live up to your commitments," he said.

Raisi called on Iran’s arch-rival Saudi Arabia to end its military campaign in Yemen, where Riyadh is leading a coalition of Sunni countries fighting the Tehran-aligned Houthi rebels.

"Stability must return so that the people of Yemen can decide for themselves … whom they wish to give those management responsibilities to. And again we reiterate the most immediate cessation of attacks by the Saudis against Yemen," Raisi said.

Iran and Saudi Arabia, which severed diplomatic ties in 2016, held direct talks earlier this year in Baghdad aimed at easing tensions. According to the Financial Times, the Iraqi government also facilitated channels between Iran and two other Middle East countries, Egypt and Jordan.