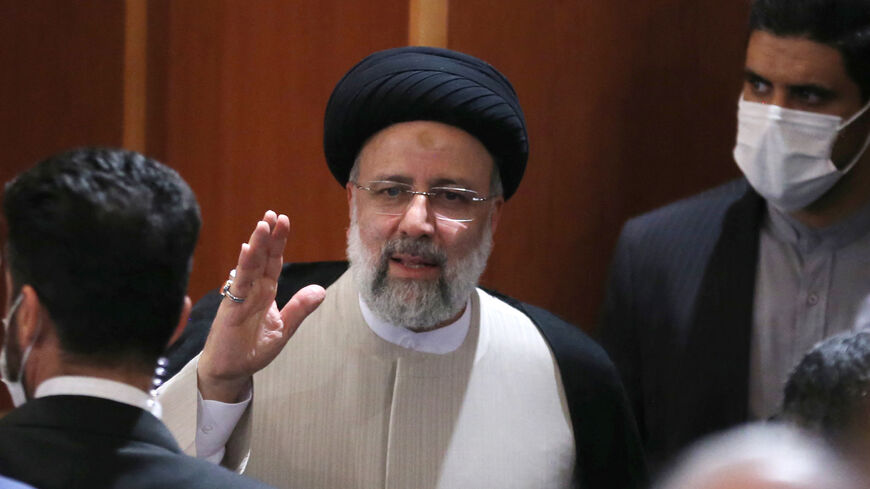 Iran's President-elect Ebrahim Raisi is pictured during his first press conference since his election on the weekend in Tehran, on June 21, 2021. - ATTA KENARE/AFP via Getty Images

Iran accused the United States on Tuesday of meddling in its domestic affairs after the State Department cast doubt on the legitimacy of incoming Iranian President Ebrahim Raisi’s landslide victory.

The 60-year-old hard-line judiciary chief won more than 17.9 million of the 28.9 million votes cast on Friday, according to Iran’s Interior Ministry. More than 3.7 million ballots were left blank, many believed to be protest votes. Even before ballot-counting was complete on Friday, Raisi’s three rivals had conceded the race.

Raisi, who will replace term-limited President Hassan Rouhani in August, faced no credible competition. The unelected body that vets presidential candidates, the Guardian Council, barred candidates who posed a serious threat to Raisi from running.

Further undermining Raisi’s mandate was the record low participation of voters. Turnout was 48%, according to election officials, compared to more than 70% in the last presidential election in 2017.

“This was not a free and fair election process," and "Iranians were denied their right to choose their own leaders,” Price said in a phone briefing with reporters on Monday.

Iranian government spokesperson Ali Rabiei pushed back on the criticism, describing it as nothing new.

“We consider this statement as interference in our domestic affairs, contrary to international law, and reject it,” Rabiei said, as quoted by state media outlets.

Rabiei added that similar criticism has been made about US elections, most recently with former President Donald Trump’s unfounded claims about election fraud in 2020.

Raisi, who has been floated as a possible successor to Iran’s Supreme Leader Ayatollah Ali Khamenei, will be tasked with reviving a sanctions-battered economy that is still reeling from the COVID-19 pandemic.

During his first press conference since winning the presidency, Raisi ruled out meeting with US President Joe Biden, whose administration is negotiating a return to the landmark nuclear deal from which Trump withdrew. Raisi, who is under US sanctions, called on his American counterpart to immediately lift the crippling economic sanctions on Iran.

Talks between world powers aimed at restoring the Joint Comprehensive Plan of Action are ongoing, with the US and Iranian delegations indirectly negotiating a mutual return to the deal. Enrique Mora, the European Union official who chaired the latest round of talks in Vienna, said on Sunday that the parties are “closer to a deal, but we are not still there.”