Ebrahim Raisi's win came as little surprise amid widespread voter apathy, in a race already tilted to his favor by a powerful supervisory body. 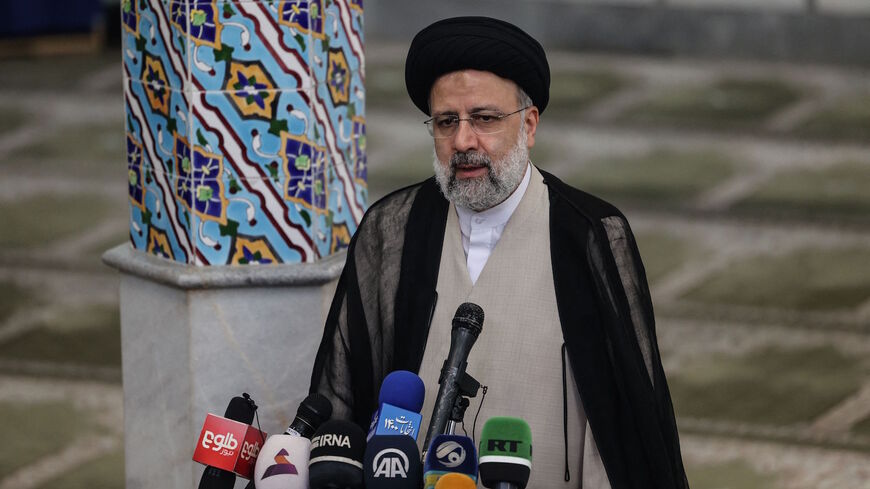 Iranian ultraconservative cleric and presidential candidate Ebrahim Raisi gives a news conference after voting in the presidential election, at a polling station in the capital Tehran, on June 18, 2021. - ATTA KENARE/AFP via Getty Images

With all the votes counted following Friday's presidential election in Iran, ultraconservative cleric and judiciary chief Ibrahim Raisi emerged as the winner by an absolute landslide in the contentious race marred by boycotts and apathy. With the final official results out, the turnout stood at 48%, the lowest ever in a presidential election in the 42-year history of the Islamic Republic.

The incumbent moderate President Hassan Rouhani, who defeated Raisi in the 2017 election, sat down with his successor to express his own congratulations. "Everyone already knows the winner," Rouhani declared earlier at a cabinet meeting, without naming the cleric, notorious for his human rights violations as a long-time prosecutor.

According to the final results announced by Iran's Interior Ministry, Raisi received over 17.9 million of the 28.9 million votes. The total number of eligible voters was 59.3 million. Coming in second to Raisi were "blank and void" ballots, which set an odd record in Iran's history with over 3.7 million counted.

Casting his ballot in the very first minute the polls opened on Friday, Supreme Leader Ayatollah Ali Khamenei renewed his appeal for a large turnout and reminded Iranians of how every vote matters and what it means for the ruling establishment in the international arena.

Ahead of the election, Iranians from diverse sectors across the spectrum had joined boycott campaigns as a means to express their discontent with a host of economic and political grievances, as well as the one-sided nature of the race. The powerful Guardian Council was seen to have already manipulated the results in favor of hard-liners, whom Raisi represented. The unelected body removed all his potential rivals from the way, even such long-time insiders as Ali Larijani.

The Friday balloting lasted for 19 hours, as it was extended multiple times in what seemed to be an attempt by Iranian authorities to reverse the anticipated low turnout. During the voting hours, the country's state TV played patriotic songs and called on eligible voters to fulfill their "duty for the blood of martyrs," including top commander Qasem Soleimani, who was killed in a US airstrike early last year.

The broadcaster and other conservative online outlets also repeatedly released pictures of what seemed to be long queues for balloting across the country. However, to counter the narrative, Iranian users supporting the boycott took to social media to share their own version with videos showing vacant polling stations.