Rouhani has transfered JCPOA file to Iran’s new hard-line president, who just might close the deal. 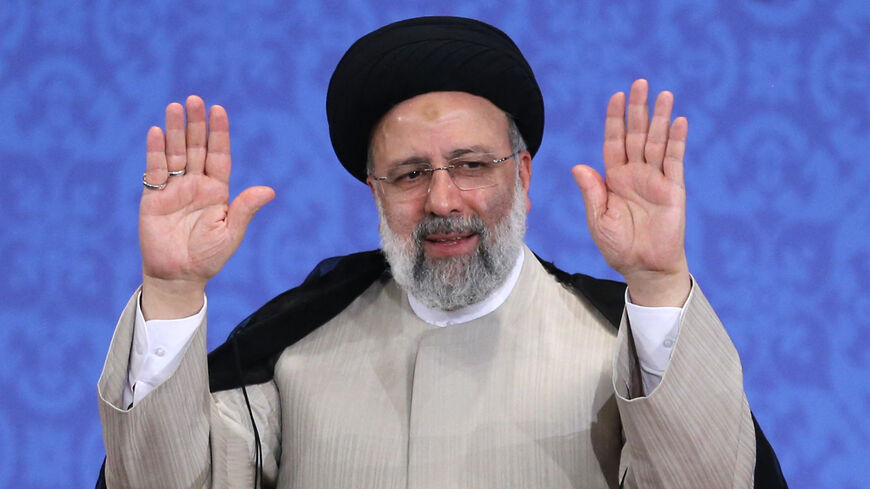 Iranian President Hassan Rouhani, with less than three weeks remaining in office, has handed over diplomacy on the Joint Comprehensive Plan of Action (JCPOA), the Iran nuclear deal, to his successor, former Chief Justice Ebrahim Raisi, who takes office on Aug. 3.

It was the outcome both Rouhani and US President Joe Biden almost certainly wanted to avoid. The hope was that Aug. 3 would be the deadline for closing the deal, before Raisi takes office. Then Raisi (and the Iranian people) could reap the economic windfall, with lots of obvious credit going to Rouhani and the JCPOA signatories. Winners all around.

So much for that. There is now more uncertainty, of course, as Raisi assembles a cabinet and a new negotiating team, including for the seventh round of nuclear talks in Vienna, reportedly to take place in mid-August.

Our view is that a nuclear deal is still very much on the table, despite more challenging and uncertain circumstances, for four reasons.

As we wrote last month, the JCPOA, at the time of its 2015 signing, was not just the legacy achievement of Rouhani and Zarif; it was the breakthrough diplomatic achievement of Iran since the revolution.

Rouhani blamed Trump, who he referred to as a "politically insane person," for the sanctions and setbacks since 2018.

Zarif, in his report, lamented that domestic political infighting over the JCPOA while it was in force may have undercut global investment and trade opportunities. If Iran had done more, in his view, US and "world capitalists" might have allowed Iran to counter Trump’s “maximum pressure” campaign.

The outcome for Rouhani and Zarif is bittersweet, especially if Raisi doesn’t close the deal. The JCPOA became the catalyst for the conservative backlash that has dealt a devastating setback for the Reformists. The Principlists (conservatives) took 221 of 290 seats in the Islamic Consultative Assembly (Iran's parliament) in 2020, an increase of 138 seats from 2016. The Reformist coalition, led by Rouhani, dropped from 121 seats in 2016 to 20 last year.

Raisi resets expectations in his approach to West

Raisi’s revolutionary bona fides and closeness to Khamenei can’t be discounted. He is not Rouhani, the JCPOA is not his legacy and he will make his mark. He said out of the gate he won’t meet with Biden (although there was no prospect of a meeting).

"It’s possible to foresee that while the decision to engage with the West will not change, the tone, expectations and ceiling are going to see a clear shift," writes Ali Hashem.

US State Department spokesperson Ned Price said on July 14 that the United States is "prepared to resume indirect talks with Iran … when the Iranians signal they are as well."

That willingness appears unhindered by charges of a conspiracy by a US federal court against four Iranian nationals for planning to kidnap Masih Alinejad, an Iranian dissident and author who fled Iran in 2009.

In a statement to Al-Monitor's Elizabeth Hagedorn, Alinejad said, "The agents of the Islamic Republic had employed the services of a private investigator to photograph and videotape me and my family."

US Iran envoy Robert Malley tweeted that he was “greatly disturbed” by the plot and Price observed, "We will always take action when it’s in our interests and when it’s appropriate to do so."

There is also some buzz and speculation that a prisoner exchange may be in the works. There are four remaining US-Iranian dual nationals held in Iran. There were 29 Iranian citizens in US jails in 2019, according to the US Bureau of Prisons.

"Iran is ready to exchange all American political prisoners in exchange for the release of all Iranian prisoners who have been detained around the world at the behest of America," Iran government spokesman Ali Rabiei told reporters on July 13.

While the White House says the release of all US citizens is a top priority, Babak Namazi told Elizabeth Hagedorn that he worries his brother Siamak and father Baquer, two of the remaining four, could once again be left behind. “That fear is ever present, irrespective of what assurances one receives,” he said.