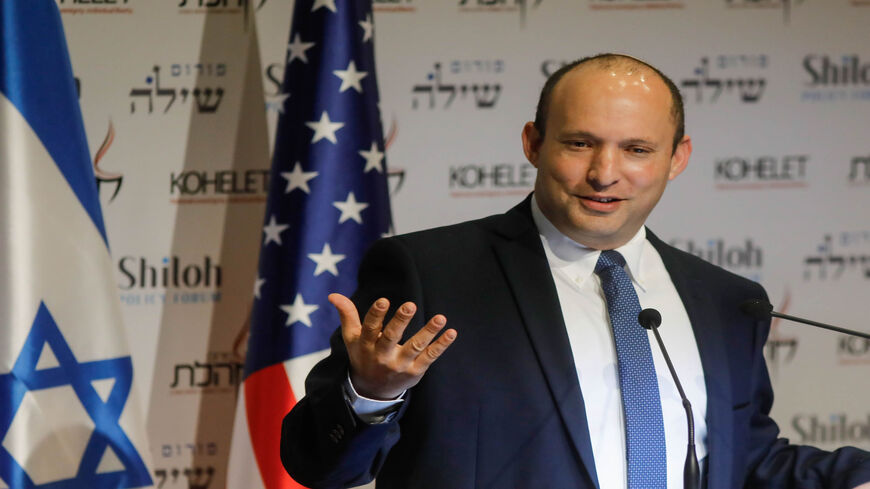 Israel’s new Prime Minister Naftali Bennett said June 20 that the results of the Iranian elections show world powers they must wake up and reconsider returning to the nuclear deal.

Speaking at the opening of the first new Cabinet meeting, Bennett said, "This weekend, Iran chose a new president — Ebrahim Raisi. Of all the people that [Iranian Supreme Leader Ayatollah Ali] Khamenei could have chosen, he chose the 'Hangman of Tehran,' the man infamous among Iranians and across the world for leading the Death Committees, which executed thousands of innocent Iranian citizens throughout the years. Raisi's election is, I would say, the last chance for the world powers to wake up before returning to the nuclear agreement, and to understand who they are doing business with. These guys are murderers, mass murderers. A regime of brutal hangmen must never be allowed to have weapons of mass destruction that will enable it to not kill thousands, but millions. Israel's position will not change on this."

On June 19, Israel’s new Foreign Minister Yair Lapid reacted to the results of the Iranian presidential elections, tweeting, "Iran’s new president, known as the Butcher of Tehran, is an extremist responsible for the deaths of thousands of Iranians. He is committed to the regime’s nuclear ambitions and to its campaign of global terror."

Spokesman of the Foreign Ministry Lior Haiat posted a lengthier reaction, stating, "After the Supreme Leader effectively dictated to the Iranian public who they could choose, less than 50% of Iranian citizens eligible to vote have elected its most extremist president to date. The butcher of Tehran, Ebrahim Raisi, has been rightly denounced by the international community for his direct role in the extrajudicial executions of over 30,000 people. He is designated by the US Treasury for these heinous crimes. An extremist figure, committed to Iran’s rapidly advancing military nuclear program, his election makes clear Iran's true malign intentions, and should prompt grave concern among the international community."

Haiat then called for the Iranian nuclear program to be stopped immediately, entirely and indefinitely. He also said that the Iranian ballistic missile program must be dismantled and the country’s global terror campaign countered by a broad international coalition.

Bennett’s comments came as Israel Defense Forces (IDF) Chief of Staff Aviv Kochavi was heading to Washington with a senior security delegation to meet with American counterparts. A statement issued by the IDF said, “The chief of staff will discuss with his counterparts current shared security challenges, including matters dealing with the Iranian nuclear threat, Iran’s efforts to entrench itself militarily in the Middle East, Hezbollah’s rearmament efforts, the consequences of the threat of precision-guided missiles and joint force build-up.”

A report last week on the Israeli Walla new site said the US military’s Central Command (CENTCOM) has increased its coordination and the number of high-level meetings with Israel, Egypt, Jordan, several Gulf states, Cyprus and Greece, with a focus on countering the Iranian threat. The report stated that Kochavi seeks to strengthen and deepen IDF cooperation with CENTCOM, also as a means of reaching out to other armies in the region that could be interested in cooperating against Iran.