The government of Prime Minister Naftali Bennett is busily conducting a public relations campaign against the cabinet of new Iranian President Ebrahim Raisi. 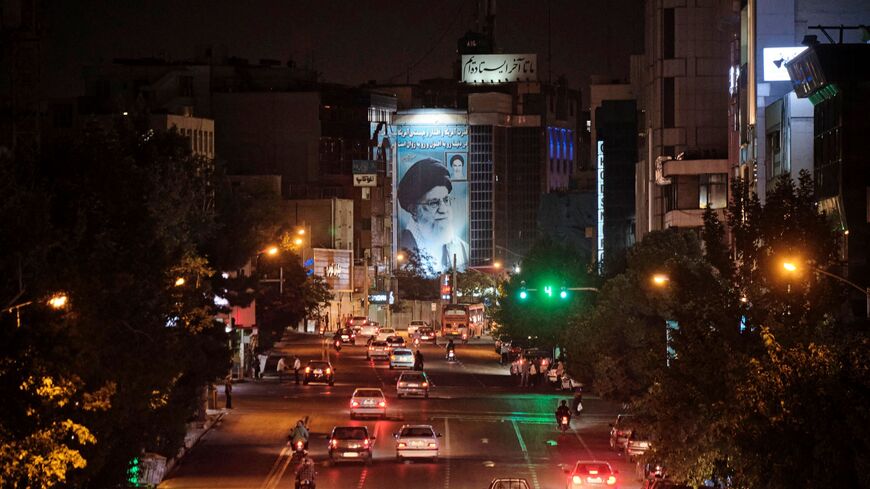 Foreign Minister Yair Lapid said Aug. 12 that Israel was forming an axis of pragmatic Arab countries to oppose the extremist Iranian regime and its proxies in the region, saying during his second day of visit to Rabat, "Strategically, what we're creating here is a diplomatic axis featuring Israel, Morocco, Egypt, Jordan, Bahrain and the United Arab Emirates to present a pragmatic alternative to religious extremism. … We are creating a cycle of life against the cycle of death of Iran and its proxies."

Since the formation of the new cabinet in Israel last May, Prime Minister Naftali Bennett and his ministerial security forum have been debating the best approach to adopt toward Iran-American negotiations for a possible new nuclear agreement. Clearly, the Israeli government must define its policy and its strategy on this issue ahead of the expected visit of Prime Minister Naftali Bennett in Washington at the beginning of September.

Shortly after the election of Ebrahim Raisi as Iran’s new president, Bennett said, "Of all the people that [Iranian Supreme Leader Ayatollah Ali] Khamenei could have chosen, he chose the 'Hangman of Tehran,' the man infamous among Iranians and across the world for leading the death committees that executed thousands of innocent Iranian citizens throughout the years."

On Aug. 12, Israel criticized the appointment of Iran’s new Interior Minister Ahmad Vahidi, calling him a “criminal” wanted by Interpol over his alleged role in the 1994 bombing of a Jewish cultural center in Buenos Aires. A statement by the Foreign Ministry called his appointment a “shameful” choice. Vahidi’s name has appeared on an Interpol “red notice” list regarding the attack that killed 85 people.

In addition to personally targeting members of the Iranian leadership, cabinet and defense system, Israel is also rallying several regional countries against the Iranian regime. There was Lapid's statement in Morocco and an earlier statement by Minister for Regional Cooperation Issawi Freij. Interviewed by the US-based Alhurra TV station, Friej said that the threats from Iran were not just a problem for Israel and the Saudis and require a global response. He indicated that Israel had achieved some understanding with Saudi Arabia and Gulf states on coordinating positions against the Iranian threat. “When it comes to Saudi Arabia and the Gulf states, there’s direct communication and understandings” regarding how to confront Iran, he said.

Despite past reports that claimed Israel and Saudi Arabia were maintaining covert relations, the two countries have no official diplomatic ties. Former Prime Minister Benjamin Netanyahu met secretly in November 2020 with Saudi Crown Prince Mohammed bin Salman in Neom, a meeting arranged by then-US Secretary of State Mike Pompeo. Still, Riyadh has been careful over the years not to comment on the possibility of any contacts with Israel, including over the Iranian issue.

Bahrain, with whom Israel normalized ties last year, has been more open on the subject. Visiting Israel last week for the third time in a year, Bahrain’s Undersecretary for International Relations Sheikh Abdullah bin Ahmad al Khalifa blasted the Joint Comprehensive Plan of Action. Khalifa said the JCPOA had fueled violence and unrest across the Middle East, causing the deaths of innocents. “What did it leave us with? More crises and more chaos in the region.” He said Bahrain had hoped the JCPOA “would open up a new page for Iran and the region. But on the contrary, it has fueled crises across the Middle East. It has increased the number of refugees that have fled into Europe. It has caused more instigation of extremism and hatred in many different regions across the Middle East.”

Expressing a position similar to that of several Israel leaders, Khalifa also said that the JCPOA was flawed because it focused only on the Iranian nuclear program, stating, “It disregarded two other prime issues that the region is facing, namely [Tehran’s] ballistic missile program. … From what we have seen, the malign activities of Iran in the region are continuing.”