Is new Prime Minister Naftali Bennett the right person at the right time for the job or just a political opportunist? 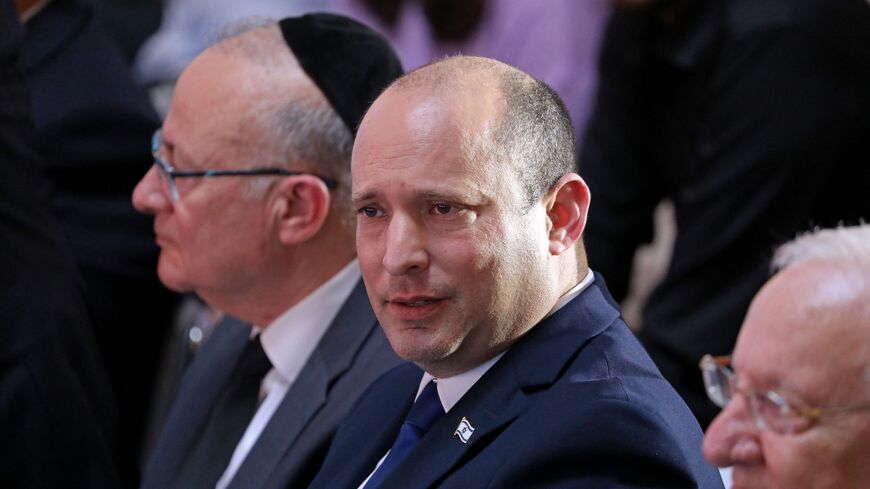 Prime Minister Naftali Bennett began his first cabinet meeting June 20 with a firm statement about the election of Ebrahim Raisi as Iran’s new president. He said, “Raisi is personally responsible for the murder of many thousands of innocent Iranian citizens. His election is a signal to the world powers to wake up. It may even be the last signal they get, moments before they come to a nuclear agreement. It reminds them with whom they are doing business, and what kind of regime they are choosing to bolster. What is obvious to all of us is that this is a government by hangman. They must not be allowed to have weapons of mass destruction. That has always been the clear and consistent position of the State of Israel.”

Bennett’s warnings, which fall well within the consensus of Israeli public opinion, were quoted extensively by the media. He went on to speak about how his new government would operate, and made all sorts of commitments to work on behalf of Israelis.

That evening, Bennett was the main guest at the annual memorial event for the casualties of the 2014 Operation Protective Edge. He took the opportunity to send a belligerent message to Hamas, saying, “Our enemies will get to know the rules: We will not tolerate violence and a slow drip [of rockets]. Our patience has run out.”

Despite all his statements, the big question on everybody’s mind is what kind of prime minister he will be. Bennett is an enigma. Is he no more than an opportunist without inhibitions, as former Prime Minister Benjamin Netanyahu claims, or is he the right person to head the new government and lead Israel to civil and social achievements?

Israel is not Switzerland and sooner or later, fundamental diplomatic and security issues — or perhaps another unanticipated development — will land on Bennett’s desk. Every action that he takes will be scrutinized not only by the opposition, but by his own ideologically polarized and fragile coalition. Until only recently, many of its members on the left considered Bennett dangerous, even a fascist. Still, it is obvious that the settler agenda he advanced during his campaign is no longer relevant.

Israel’s past prime ministers came to office with a plan, an ideology and the backing of a large party. In 1992, for instance, Yitzhak Rabin was elected on promises to find a solution to the conflict with the Palestinians. During his term, he took bold steps to do so and eventually paid with his life. Ehud Barak was elected in 1999 with promises to pull the Israel Defense Forces out of Lebanon and reach a permanent agreement with the Palestinians. He was able to achieve his first objective and did everything he could to achieve the second during direct negotiations with Palestine Liberation Organization leader Yasser Arafat at the Camp David Conference. Netanyahu campaigned on his opposition to the Oslo Accords and his war against Iran’s nuclear program.

A chaotic political situation brought Bennett to power despite his minimal political muscle. He was the head of a small party with very little experience in handling weighty diplomatic and security affairs. His rise through the political ranks took place on the hard right. He spent many years representing the settlers and advocating for the annexation of settlements. He has since been forced to set aside all these issues.

Like any new prime minister, Bennett will probably soon visit the United States and meet with President Joe Biden. What will he say to Biden behind closed doors? What are his red lines on Iran and the Palestinians? Will he be willing to renew negotiations with Palestinian President Mahmoud Abbas? These are all open questions because Bennett seems to have not yet formulated his own agenda.

Unlike previous prime ministers, Bennett cannot act independently when confronting the major issues facing Israel. Every decision will have to be made in consultation with Foreign Minister and alternate Prime Minister Yair Lapid. Not only is Lapid scheduled to replace Bennett as prime minister in another two years, according to the agreement between the two men, he also has the right to veto any decision by Bennett on these important issues. Should Bennett act independently in a way that is detrimental to Lapid and his center-left constituency, the partnership between the two men will fall apart. Bennett will be left without public support and without a government.

Bennett’s statements before and after the election mark significant changes. He has stopped using the ideologically right-wing rhetoric with which he was so closely identified, has distanced himself from his previous commitments that he would “never sit in the same coalition with Arab parties and Meretz” and certainly his explicit promise never to be part of a government in which Lapid is prime minister, “even if there is a rotation agreement.” When running for office, he said in several video statements, “I am on the right, and he is on the left. I will not act against my values.”

That Bennett turned his back on his promises and cut himself off from the hard right shows that he will not act — or perhaps, that he cannot act — to implement the worldview upon which he rose through the political ranks for the past 15 years.

“I really think that even Bennett does know what kind of prime minister he will be,” said one of the new prime minister’s acquaintances in a candid statement to Al-Monitor on condition of anonymity. “It is obvious to me that he is exceptionally ambitious and has a keen ability to focus on his target. The fact is that he became prime minister in such an unusual way, without the backing of a major party, simply because he knows how to take advantage of opportunities as they present themselves. He is an entrepreneur and an initiator in every fiber of his being. On the other hand, I have no idea what will come of him down the road, or where he will take this dream job.”