Foreign Minister Yair Lapid is committed to repairing ties with the US administration and opening discrete dialogue channels on the Iranian file. 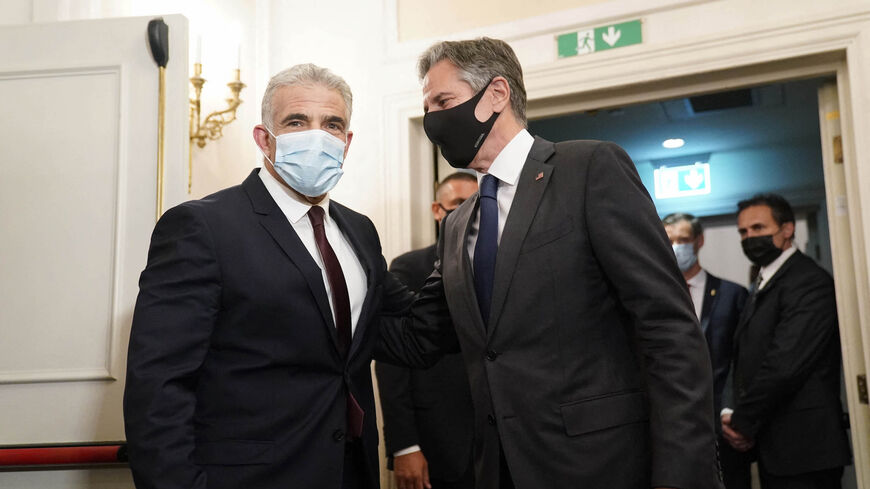 Meeting in Rome with US Secretary of State Anthony Blinken, Foreign Minister Yair Lapid said he intends to mend the rift created by the Netanyahu government in Jerusalem’s relations with Washington. Speaking at a joint press conference, Lapid noted, “There is no relationship more important to Israel than the United States of America.  There is no loyal friend of the United States of America than Israel. In the past few years, mistakes were made. Israel’s bipartisan standing was hurt. We will fix those mistakes together.”

Referring to negotiations with Iran, Lapid said, “We will have disagreements, but they are not about the essence; they’re all about how to get there. We want the same things. We sometimes disagree about how to achieve them. Israel has some serious reservations about the Iran nuclear deal being put together in Vienna. We believe the way to discuss those disagreements is through direct and professional conversations, not in press conferences.”

Since taking office, Lapid has made it clear he intends to create discrete dialogue channels with the US administration over the Iranian file. Prime Minister Benjamin Netanyahu had accused Lapid of establishing a "non-surprise" policy vis-a-vis Washington, blaming Lapid for allegedly committing not to attack Iran without notifying Washington ahead of time. Associates of Lapid dismissed these accusations.

That being said, like Netanyahu, new Prime Minister Naftali Bennett and Lapid both object to the United States renewing as is the nuclear deal with Iran. Shortly after the Iranian presidential elections, the Foreign Ministry tweeted, “An extremist figure, committed to Iran’s rapidly advancing military nuclear program, his (Ebrahim Raisi’s) election makes clear Iran's true malign intentions, and should prompt grave concern among the international community. More than ever, Iran’s nuclear program must be halted immediately, rolled back entirely and stopped indefinitely.”

Ever since his appointment, Lapid and Blinken have been communicating regularly on different levels. Blinken called Lapid shortly after the June 13 inauguration of the new government and invited him to visit Washington. Evidently, the two men decided not to wait for an official visit of Lapid to be arranged and already met at the Italian capital on the occasion of Blinken’s visit there.

Lapid’s meeting with Blinken marked the beginning of a busy week for Israel’s No. 1 diplomat. Still in Rome, Lapid met with Bahraini Foreign Minister Abdullatif bin Rashid al-Zayani, marking the first meeting between the new Israeli government and a minister from the Gulf countries. “Peace with Bahrain should be an example of the right kind of process that needs to happen in our region. We also spoke about the challenges facing the Middle East, first and foremost Iran,” he said after the meeting. Tweeting in Hebrew, Lapid thanked Zayani for a warm and open meeting, referring to the need of enlarging normalization and cooperation also to other countries in the region.

Lapid is scheduled to fly tomorrow to the Emirates for a two-day visit. It will be the first visit there by an Israeli minister. Lapid will meet with his Emirati counterpart and inaugurate first the Israeli Embassy in Abu Dhabi and then the Israeli Consulate in Dubai.