Former Prime Minister Benjamin Netanyahu keeps appearing in public as if he had not been defeated, but his rivals within the Likud party are already preparing for battle. 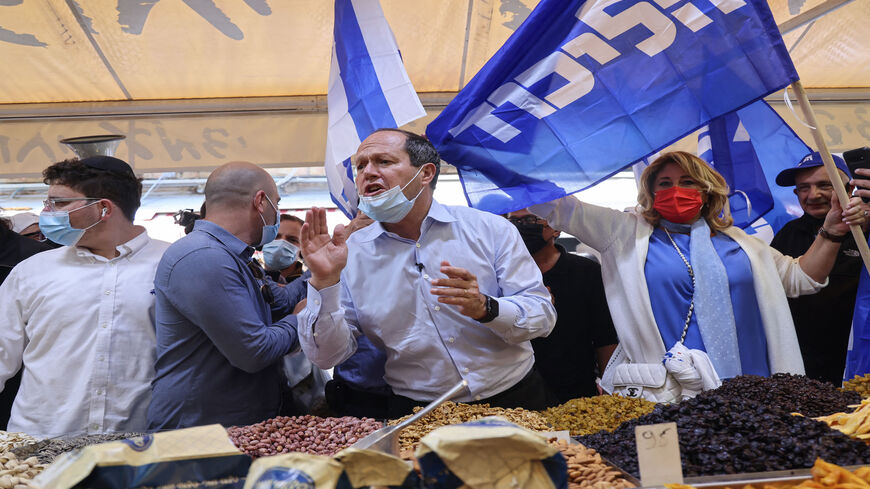 Two weeks have passed since Benjamin Netanyahu left the prime minister’s office and assumed his new title as leader of the opposition. However, anyone who has followed Israeli politics over these dramatic two weeks will have noticed that Netanyahu continues to send the message that there was no change of government in Israel after all, and that new Prime Minister Naftali Bennett did not just enter the toughest, most complicated job in the entire Middle East.

Netanyahu’s secretary continues calling him “prime minister.” So do Knesset members from the Likud. Netanyahu even met with the former US Ambassador to the United Nations Nikki Haley in the prime minister’s residence, even though he no longer holds that title. As a result, the current prime minister’s office was forced to reach an agreement with Mr. Netanyahu’s office that Netanyahu and his family would move out by July 10, about a month after leaving office, and that he would not hold any official meetings in the residence until then.

Netanyahu may no longer have the title of prime minister — a title he held for the past 12 years —but he insists on acting as if it is still his. He no longer has the same office and entourage as he once did, but he continues releasing dramatic statements, criticizing meetings on Iran between Israeli officials and the US administration. Evidently, all of this is intended to convince his followers— and himself — that his fall from power is not real, or that it is some kind of technical glitch or nightmare that will soon be over. Then the Likud will return to power, and everything will go back to being just the way it was.

While Netanyahu keeps appearing on the public stage, sidelining what had happened to him, the Likud party has started to prepare itself for a war of succession. On one side is Netanyahu, working hard to entrench himself in power and bolster his status within the Likud, by pushing for a primary in a matter of months to decide who will head the party. On the other side are senior Likud officials and former ministers, who oppose this move.

These Likud seniors state explicitly that the most recent party primaries are valid as long as the current Knesset is in session, in keeping with the Likud constitution. As long as the Knesset hasn’t been dissolved, there is no reason to talk about another round of elections within the party. This strategy is not designed to reinforce Netanyahu, who had won the last primaries. On the contrary. The idea is to delay the primaries as long as possible, for Netanyahu’s opponents to get more time to amass strength in the field. That way, they believe, they will be able to wage a successful campaign against Netanyahu, despite all the support he still has, even if there are Likud primaries somewhere down the road.

One person who has already announced his intent to run for the leadership of the Likud is former Knesset Speaker and Minister of Health. He asked prominent party figures for their support in a run against Netanyahu for the party leadership, going so far as to say behind closed doors that Netanyahu needs to be replaced.

Someone else who may be warming up on the sidelines and planning to join the race is none other than the former mayor of Jerusalem, Knesset member Nir Barkat. In fact, he already threw himself into the ring on the eve of the current government’s inauguration and the Likud’s demotion to opposition party by holding a massive rally in Tel Aviv. He named the event “Barkat’s vision for a strong and forward-thinking Israel.” Over 5,000 people participated, including Knesset members, local party leaders, members of the Likud’s Central Committee, mayors and heads of local councils, and plenty of supporters. Nevertheless, Barkat continues to insist that he is waiting for “the day after Netanyahu,” because “this is not the time for primaries.”

But while Barkat insists that he is waiting until the day after Netanyahu, his confidant and unofficial strategic adviser Eyal Arad announced last week at a cultural event in the town of Baqa al-Gharbiyye, “Netanyahu is history.” It was no minor statement either. Arad has been instrumental in crowning three prime ministers — Netanyahu, Ariel Sharon and Ehud Olmert. When asked whether Barkat will be the next leader of the Likud, he said, “As of today, based on many, many polls, it is obvious that Nir Barkat is in the lead. If I would have said it would be Barkat three years ago, they would have put me away.

Another Likud veteran who is signaling that he also wants to join the battle to succeed Netanyahu is former Finance Minister Yisrael Katz. He is remembered as being the only person to announce publicly last year that he is ready to replace Netanyahu, and who called on him right before the current government was formed, to step aside for a year and allow him to form a government, so that the Likud would remain in power. Should he do that, Katz continued, Netanyahu would continue to be head of the Likud. Inevitably, Netanyahu rejected the offer out of hand.

So, what’s happening in Likud branch offices all across the country? Did their party’s loss cause them to reconsider their position vis-a-vis Netanyahu?

Not openly, at least. As of now, Netanyahu still has enormous support among the party. Very few party activists are prepared to come out openly against him. Still, that doesn’t mean that there aren’t people biding their time behind the scenes. As one party veteran told Al-Monitor on condition of anonymity, “The Likud as a party must return to its core values, as they were in the days of Menachem Begin. For much too long the party was taken hostage to serve the personal interests of one person — Netanyahu. This must be changed. If we, as a party, will not serve the country and its citizens exclusively, then there is no hope of us returning to lead the country. And the first step in this route is to remove Netanyahu from his position as chairman of the Likud party.”