Gideon Saar was the first Likud member to make known his intention to challenge Benjamin Netanyahu for leadership of the party, but he is not alone in wanting to assume the crown. 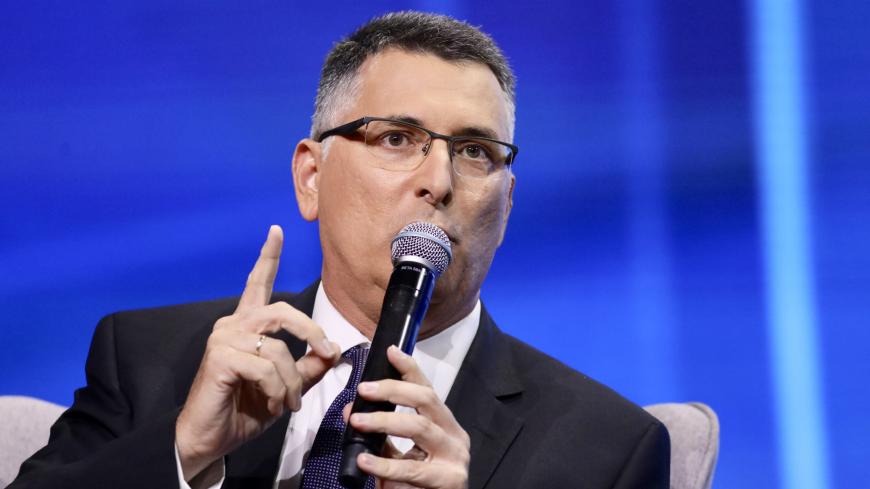 According to Israeli Justice Ministry sources, the four-day hearing during which Prime Minister Benjamin Netanyahu’s legal team sought to convince Attorney General Avichai Mandelblit to dismiss the pending indictments against him, or to at least to lessen the charges, had ended inconclusively. Right after Yom Kippur, which falls on Oct. 9, Mandelblit will embark on a marathon of consultations and summaries before reaching a conclusion about the allegations against Netanyahu by mid-December. Barring unexpected developments, Mandelblit’s decision is expected to make Israeli history, resulting in indictments on charges of corruption against an incumbent prime minister. Leaks from the discussions over the coming month will directly affect Netanyahu’s political future and his prospects for forming a new government.

Netanyahu himself is far from conceding defeat. He will fight to the last minute and the final bullet. Contrary to his original intention, he did not rush to return the mandate he received from President Reuven Rivlin after the Sept. 17 elections to form a government. On Oct. 10, the Likud Central Committee is scheduled to convene to decide whether Netanyahu, and he alone, will be the party’s candidate for prime minister. Netanyahu, chronically suspicious and especially now, asked for this strange, unnecessary vote, knowing that behind the smiles and staunch declarations of support by the Likud leadership, the knives are at the ready. Behind the scenes and under the radar, a vicious battle is already underway to succeed Netanyahu. The incumbent refuses to step aside, however, and the legacy he leaves his successor, if any, will be scorched earth.

Almost all those seeking to take Netanyahu’s crown are operating in the shadows while swearing allegiance to him three times a day. The only one already in line to replace Netanyahu is Gideon Saar, “the great Satan” as Netanyahu’s associates call him, a popular former Likud minister who has had no qualms about standing up to Netanyahu in recent years, usually winning. Saar, who took time out from politics a few years ago under pressure from Netanyahu, is perceived at the prime minister's official residence as a person who will do everything in his power, together with the other Satan, Rivlin, to bring Netanyahu down. Netanyahu dubbed their past alleged activity against him the “plot of the century,” a play on the “deal of the century,” as President Donald Trump's plan for Israeli-Palestinian peace is called. Now, the decisive moment is at hand, and other contenders are also waiting in the wings.

At least four senior Likud members have quietly set up campaign offices and are forging alliances, mobilizing support and planning what they will do once it is clear that the Netanyahu era is over, probably sometime next year. Among the wannabe candidates are former Jerusalem mayor and current Likud Knesset member Nir Barkat, Foreign Minister Israel Katz, Knesset Speaker Yuli Edelstein, Public Security Minister Gilad Erdan and maybe a few surprise challengers.

The hardest question to answer is what happens a month from now assuming that Netanyahu’s chief rival, Blue and White leader Benny Gantz, is also unable to form a government. By law, Rivlin is supposed to hand the mandate back to the Knesset, which then has 21 days to nominate another candidate from among elected lawmakers to form the next government and spare Israelis a third election in the space of a year. Those 21 crucial days are meant to create the momentum to resolve Israel's unprecedented political crisis. One possible outcome is the formation of a unity government comprised of the Likud and Blue and White, with an agreed upon power-sharing rotation between Netanyahu and Gantz. The other is for the Likud to present an alternative to Netanyahu and set a precedent by deposing its incumbent leader. Prospects of such a scenario are low, but possible. They will increase if Mandelblit makes a final decision within the coming weeks to indict Netanyahu.

Saar enjoys a decisive advantage over the other claimants to the throne, largely because Netanyahu himself has marked him as the only one who has displayed leadership in challenging him. On Oct. 3, it was leaked from Netanyahu's circle that he intended to call “snap primaries” for the Likud. This was supposed to serve as a preemptive strike in which Netanyahu would be reelected party chair, blocking any option of replacing him until after the next Knesset elections. Netanyahu hoped to reenact previous party primaries in which he was the sole candidate and the outcome a foregone conclusion. By doing so, Netanyahu would have dragged his party into primaries within two weeks, bolstering his position. An unexpected tweet threw a wrench into his plan.

Seconds after Netanyahu himself mentioned the possibility of snap primaries, Saar announced, “I’m ready.” Saar's laconic response set off a storm the likes of which the Likud has not experienced in ages. Everything was now out in the open: Someone was publicly vying for the party’s top job against Netanyahu, and the dictatorship imposed by Netanyahu on the party in the guise of the exercise of democracy was over. It took Netanyahu less than 24 hours to announce that he was scrapping the whole idea. There would be no primaries. Instead, he demanded that the Likud Central Committee convene to declare that he and he alone would be the party's candidate to form the next government.

Once again, Saar was quick to respond, tweeting, “There is no need to convene the Likud Central Committee. No one is denying the role of the Prime Minister as the Likud chairman. When there is a primary for the leadership of the party — as the prime minister himself put forward a few days ago — I will run as a candidate.” Netanyahu’s associates then declared that an internal putsch had been avoided. It seems, however, that even they don't believe this themselves. A man realizes that his time is limited when he views it as a putsch if anyone dares to run against him in a democratic process.

Saar’s main Likud rival for the succession is Minister Israel Katz, who has adopted a strategy opposite to Saar's. Katz began his career as an aide to the late Prime Minister Ariel Sharon. These days, he is operating as he did in 1998-99 when Netanyahu was about to lose the premiership to Ehud Barak. Katz had grown close to Netanyahu, displaying complete loyalty and making himself indispensable to the sinking leader. The plan had been (and remains) to stand as close as possible to the throne so he can be the first to pick up the scepter once it falls from Netanyahu’s hand. Katz is counting on the fact that Likud members do not like subversives plotting against the party leader and will handsomely reward those who remain loyal to the final moment.

Also warming up on the bench is the man who has described himself as the “great white hope,” Nir Barkat, also a former Jerusalem mayor and dot.com billionaire. Knesset Speaker Edelstein also enjoys popularity among the Likud rank and file and believes he could luck out given that he is not perceived as a threat to the leadership and can position himself as a compromise candidate acceptable to all. Gilad Erdan, who in August declined Netanyahu’s offer to appoint him Israel’s next ambassador to the United Nations, realizes these are critical days and will probably take part in the battle for succession.

All that remains is to convince Netanyahu to write a political will and exit the scene. That, much to his challengers’ chagrin, will not happen. To get the crown, they will have to fight for it.