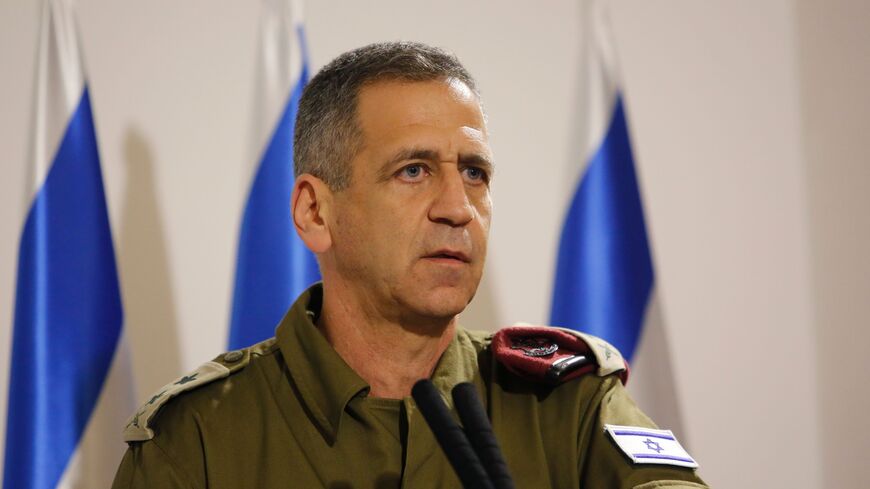 Israeli Defense Minister Benny Gantz sought to dispel concerns over recent comments by the Israel Defense Forces’ chief of staff, Lt. Gen. Aviv Kochavi, about Western journalists’ use of a building also allegedly used by Hamas in the Gaza Strip.

Kochavi was quoted by Israel’s Channel 12 news on Sunday as saying that Associated Press and Al-Jazeera journalists whose offices were in Gaza’s al-Jalaa building likely drank coffee with Hamas electronic warfare experts in the building’s cafeteria, either wittingly or unwittingly.

Gantz on Monday played down Kochavi’s statement as illustrative, not as a genuine allegation. The Associated Press slammed the comment as “patently false,” adding that the building had no cafeteria.

Israel’s air force bombed and destroyed the al-Jalaa building May 15 after warning occupants, including employees of Al Jazeera and the Associated Press, to evacuate.

Israel’s military claims the site was also being used by Hamas, specifically Hamas electronic warfare operatives who worked to disrupt Israeli military communications, Kochavi was quoted by Channel 12 as saying.

The IDF chief “was trying to portray the atmosphere, not the actual aspects,” Gantz was quoted by AP as saying about the comments.

“There was Hamas infrastructure in offices that operated from this building,” Gantz claimed.

Gantz said the Israeli military provided intelligence last month to US officials containing evidence of Hamas’ use of the building, but declined to discuss details citing protection of sources.

The Pentagon has so far refused to discuss the intelligence and has yet to publicly acknowledge receiving it.

More than 240 Palestinians and 12 Israelis were killed in the 11-day conflict that ended in a March 21 cease-fire negotiated by Egypt. Israel rejected at least one cease-fire offer by Hamas during the fighting, with Israel’s Security Cabinet unanimously approving expanding lethal operations against Palestinian targets.

Gantz heads to Washington later this week to meet with US Defense Secretary Lloyd Austin, the Pentagon confirmed Tuesday.

Democrats in Congress mounted a failed attempt to block a $735 million sale of bombs and guidance kits to Israel amid the conflict.