Despite his hardline credentials, Iran's foreign policy is likely to remain unified under the new president. 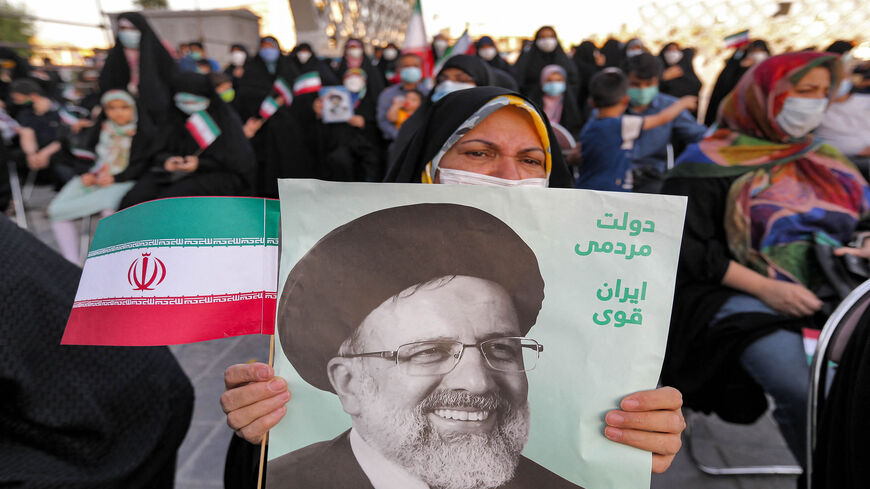 Ebrahim Raisi was elected as the new president of the Islamic Republic of Iran on June 19. The official inauguration will take place in early August. How will the relationship between Iran and Iraq evolve under the new Iranian president?

Raisi is a prominent cleric in Iranian politics. Although he is part of the conservative camp, he has never been in conflict with any of the Reformist leaders.

He belonged to the political clerics who had high-ranking positions from the early period of the Islamic Revolution. In 1981, he became prosecutor of the city of Karaj when he was only 20 years old.

In 2019, he became head of the judiciary system, one of the most senior positions in Iran. A few months after he assumed that post, the US Treasury sanctioned Raisi, citing human rights violations.

Throughout his career, and despite his right-wing politics, Raisi has maintained a balanced relationship with the high-ranking leaders of both the conservative and Reformist camps in Iran

He is well respected among the Islamic Revolutionary Guard Corps (IRGC), and he has a good relationship with those from Mashhad, his home town, including Quds Force commander Ismail Qaani and Mohammad Bagher Ghalibaf, speaker of the Majles, Iran's parliament.

Iran's policy on Iraq under Raisi is expected to become more consistent, especially due to his close relationship with different Iranian institutions in charge of the Iraq file.

Following the assassination of former Quds Force head Gen. Qasem Soleimani by a US airstrike in January 2020, Iran's policy in Iraq has faced challenges, creating a vacuum and chaos among the pro-Iran camp in Iraq.

This has led some of the pro-Iran military factions in Iraq to at times take action without coordination with Iran. Moreover, the competition between different Iranian institutions, particularly the intelligence service and the IRGC, has contributed to the chaos.

Raisi will likely be a balancing point between different Iranian institutions. His close personal relationship with Supreme Leader Ayatollah Ali Khamenei and Qaani and Qalibaf means we can expect consistency in Iran's policy in Iraq.

Iran realizes that its position in Iraq faces challenges after the assassination of Soleimani, and because of the increased credibility of the Iraqi government and its institutions under the new government. Iran can therefore be expected to maintain good working relationships with the Iraqi government, while not giving up its influence with Popular Mobilization Units (PMUs) which have looked to Iran for support, and are sometimes at odd with the Iraqi state.

Raisi said today that he would not negotiate with the United States over Tehran's support for regional militias, which include those groups it backs in Iraq.

The protests in the Shiite areas that started in October 2019 and the US-Iran confrontation in Iraq have created serious challenges for Iran and its partners in Iraq.

Iraq's balanced relationship with regional and international parties has helped to avoid conflict on its soil and turn Iraq into a mediator and meeting point for the various parties.

Iraq hosted several meetings between regional countries, including talks between Saudi Arabia and Iran, and has sought to be a bridge rather than a battlefield between Iran and the United States.

The ongoing negotiations between Iran and the United States on the Joint Comprehensive Plan of Action (JCPOA), or Iran nuclear deal,  would likely also play out to the advantage of Iraq.

There is no reason to think that negotiations between Iran and the United States, Saudi Arabia and several other Arab countries won't continue under the Raisi presidency. The decision for these negotiations was made and is overseen and authorized by Khamenei, the highest authority in Iran.

Raisi during the campaign signaled a willingness to continue with the JCPOA talks if elected.

While continuity on all foreign policy accounts is likely, there are serious challenges between Iran and Iraq that are more managed than solved. The regulation of the Popular Mobilization Units and bringing them under the full control of the state is a top priority for Iraqi President Mustafa al-Kadhimi. This will continue to be a source of friction between Baghdad and Tehran.

The challenge of Islamic State sleeper cells is another priority for both countries — any collapse in this regard in Iraq would affect Iran as well. The economic relationship in the face of the ongoing US sanctions, especially in regard to Iraqi imports of gas and electricity from Iran, is also a very important issue for both countries.

Under these circumstances, Iraq under Kadhimi will give priority to expanding its role as a bridge builder in the region, and stay out of the region's conflicts.