The US secretary of state told the Senate Foreign Relations Committee that there are 'areas where we can get even stronger commitments from Iran.” 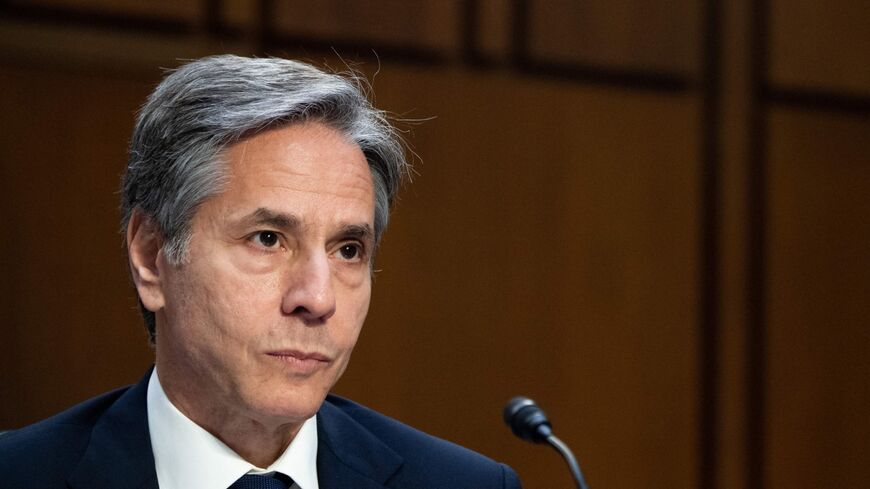 US President Joe Biden’s administration is in the process of negotiating a US return to the 2015 Iran nuclear agreement, which is officially known as the Joint Comprehensive Plan of Action (JCPOA). The agreement removed sanctions on Iran in exchange for the Islamic Republic scaling back its nuclear program, which it insists is for peaceful purposes. President Donald Trump withdrew from the JCPOA in 2018 and reimposed harsh sanctions.

The committee chairman, New Jersey Democratic Sen. Bob Menendez, started off his questioning at the hearing by asking Blinken if it is true that Iran continued to develop ballistic missiles, “destabilize the region” and be the “single most significant sponsor of terrorism in the world” after the first Iran deal.

“I think it is fair to say that,” said Blinken, though the diplomat added that Iran’s activities in those areas “have only gotten worse” since Trump left the deal.

The United States has been participating in indirect talks with Iran in Vienna this year on the JCPOA. Biden has said that Iran must return to compliance with the deal’s stipulations before the US will reenter the deal and remove sanctions. Iran is currently not abiding by the deal and is enriching uranium, which is required for nuclear energy, at a level of at least 60%. The JCPOA says Iran cannot enrich beyond 3.67%.

Menendez took issue with the Biden administration’s focus on compliance, saying Iran never sought to curb its support for proxy groups in the Middle East or ballistic missile development as part of past negotiations. He also questioned Blinken’s pledge to hash out a “longer and stronger” Iran nuclear deal.

“What’s going to make us believe that a return to compliance for compliance is going to produce anything stronger than what we had?” Menendez asked.

“Compliance for compliance, if we get there … has to be a first step, not a last step,” said Blinken, indicating he does not see the administration’s strategy ending with an Iranian return to compliance. He later said, “We would seek to build on it.”

Menendez himself is a proponent of a broader, more comprehensive new Iran deal that would also cover Iran’s support for regional allies such as Hezbollah and Hamas, plus its missile program.

Returning Iran to compliance is a worthy goal on its own for limiting Iran’s regional ambitions, Blinken said.

“Iran’s nuclear program is galloping forward,” he said, adding that Iran is “months” away from being able to produce nuclear energy. “An Iran with a nuclear weapon … is an Iran that’s going to be an even worse actor.”

Blinken did not specify what he meant by a “stronger” Iran deal when asked by Menendez, saying there are “areas where we can get even stronger commitments from Iran.”

On how to convince Iran to change some of its non-nuclear policies, Blinken said later on in the hearing that some sanctions would remain on Iran following a return to the JCPOA “until Iran’s behavior changes.”

The top Republican on the committee, Sen. Jim Risch of Idaho, laid into the administration’s Iran policy, calling administration officials “totally unresponsive” to his objections.

“These are not consultations,” said Risch, referring to the president’s obligation to consult the Senate on International treaties per the Constitution.

Much of the hearing focused on the State Department’s 2022 budget request, as well as the Israeli-Palestinian conflict, China, international vaccine distribution and Russia’s Nord Stream 2 gas pipeline. Later in the hearing, Blinken said the Biden administration is encouraging other Arab states to normalize with Israel.

On the Iranian side, President Hassan Rouhani said June 2 that issues with the United States have been "resolved" in Vienna, though he said a deal may not come until after Iran’s June 18 presidential election. Rouhani's successor is to be inaugurated in August.