The Senate Foreign Relations Committee approved moving Wendy Sherman's nomination to the full Senate, with some Democrats and Republicans who had disagreed with her on the Iran deal voting to confirm her anyway. 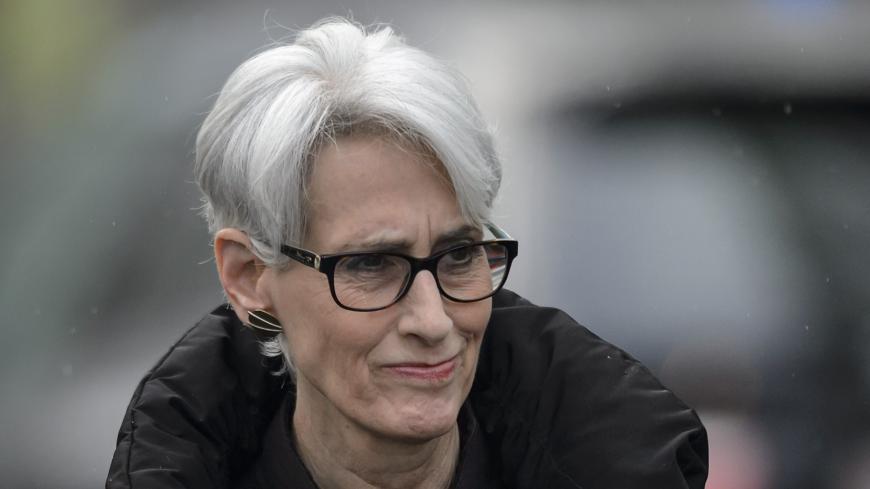 US Undersecretary of State for Political Affairs Wendy Sherman leaves after a meeting on Feb. 22, 2015, in Geneva, where she was participating in nuclear talks with Iranian officials. - FABRICE COFFRINI/AFP via Getty Images

The Senate Foreign Relations Committee voted in favor of US President Joe Biden’s nominee for deputy secretary of state Thursday. Wendy Sherman’s nomination will next move to a full Senate vote, though that could be delayed amid criticism of her work on the Iran nuclear deal.

Sherman was the United States’ lead negotiator for the 2015 Iran nuclear agreement while serving as undersecretary of State for political affairs under President Barack Obama. The agreement removed international sanctions on Iran in exchange for the Islamic Republic scaling back its nuclear program. In 2018, US President Donald Trump removed the United States from the deal, alleging that Iran was still seeking to build a nuclear weapon, and reimposed harsh sanctions. Iran is no longer in compliance with the deal.

Sherman’s work on the agreement was a topic of discussion by her supporters and critics during Thursday’s Senate hearing. Sen. Jim Risch of Idaho, the top Republican on the committee, said Sherman did not fulfill her constitutionally duty to inform and consult the Senate on the Iran deal. “I’ve seen really a lack of appreciation for the role of Congress in foreign policy making,” said Risch, who voted against her.

Risch said Sherman held certain aspects of the deal from Congress during the negotiations. “I remember asking her about provisions in the agreement that we could not see. They were secret,” he said. “I have the same security clearance that she does, being No. 2 on the intelligence committee.”

Democratic Sen. Ben Cardin of Maryland disputed Risch’s assertion, saying “we had full access” during the sessions on the nuclear agreement.

“Ambassador Sherman was part of that process that made sure we had the information to make our decision,” said Cardin, who notably voted against the deal.

Republican Sen. Ted Cruz of Texas also voted against Sherman, largely due to her work on the Joint Comprehensive Plan of Action (JCPOA), as the Iran nuclear deal is officially known.

“The result of the JCPOA would have inevitably led, I believe, to a nuclear Iran, said Cruz.

“I don’t consider a vote for Sherman as a vote for the Iran deal,” said Menendez.

Sherman’s nomination has a solid chance of being approved by the Senate because some Republicans will vote for her in addition to Democrats. Republican Sen. Mitt Romney of Utah voted for Sherman on Thursday, despite his opposition to the Iran deal. Romney praised her for being in the “mainstream” of the Democratic Party during his remarks.

Sherman would work under Secretary of State Antony Blinken, who was confirmed by the Senate in January.

Biden has said that he wants to return to the Iran deal, but that Iran must return to compliance. Iran has so far rejected this, saying the United States is the party that first left the agreement and should first remove sanctions.

Sherman answered questions about Iran policy during her appearance before the committee last week. She said the situation is different from 2015 and that she is aware of the threat Iran poses to the United States. Sherman told the committee that Biden’s Iran policy has yet to be fully formulated, but that he does not want to see Iran get a nuclear weapon.

It is unclear when the full Senate will vote on Sherman. Cruz vowed to put a hold on her nomination until Biden takes action against Nord Stream 2, a second Russian pipeline to Germany that is being built. The Senate majority leader decides whether to keep the hold or dismiss it.