A group of Democratic and Republican senators asked President Biden to reach an agreement with Iran that restricts Iran's regional and missile policies in addition to its nuclear program. Some US progressives oppose this, and it could be difficult to accomplish with Tehran. 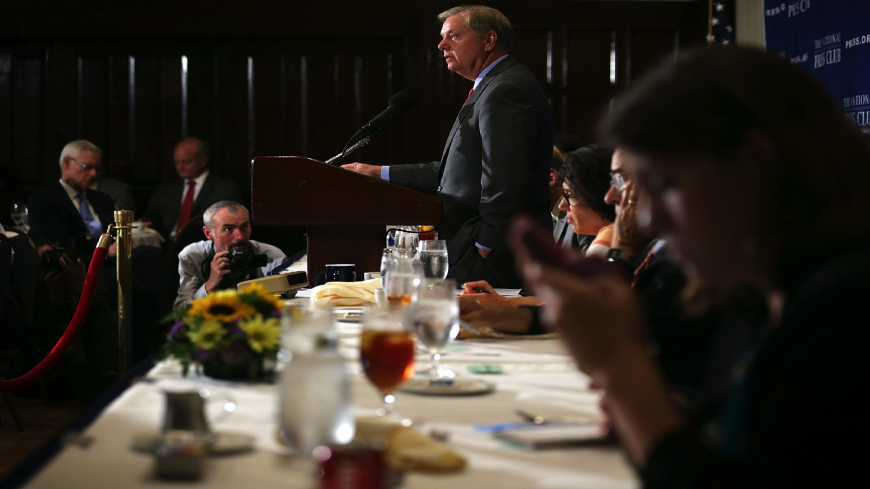 A bipartisan group of senators wrote a letter to US President Joe Biden on Thursday, urging him to pursue a diplomatic strategy to prevent Iran from obtaining a nuclear weapon. Their language indicates possible congressional support for a new, more comprehensive agreement with Iran in place of the 2015 nuclear deal, but such a deal could run into opposition from Iran and US progressives.

The 43 senators began by saying that Iran obtaining a nuclear weapon would pose a “grave threat” to the United States. Iran insists its nuclear program is for peaceful purposes, but critics in the United States, Israel, the Gulf and elsewhere allege Iran seeks to build a nuclear bomb. The senators also said that Iran’s missile program and attacks by Iran-backed militias in Iraq on the US military constitute further threats, referring to the latter as “Shia militias.”

To this end, the senators urged the Biden administration to enter into an agreement that restricts both Iran’s nuclear program and its other defense and regional policies.

“We strongly believe that you should use the full force of our diplomatic and economic tools in concert with our allies on the United Nations Security Council and in the region to reach an agreement that prevents Iran from ever acquiring nuclear weapons and meaningfully constrains its destabilizing activity throughout the Middle East and its ballistic missile program,” they wrote.

The letter thus appears to endorse pursuing a new agreement with Iran instead of a return to the current Iran nuclear deal. The United States entered into the Iran nuclear deal, officially known as the Joint Comprehensive Plan of Action (JCPOA), in 2015 under former President Barack Obama. The deal removed sanctions on the Islamic Republic in exchange for it scaling back its nuclear development. In 2018, former President Donald Trump withdrew the United States from the agreement and reimposed tough sanctions on Iran.

The JCPOA dealt with Iran’s nuclear program, which was a concern for the United States and its allies, and Iran’s goal of sanctions relief. The senators’ letter, however, adds that the Biden administration should pursue a deal that also contains Iran’s policies in the Middle East.

Iran is no longer in compliance with the JCPOA and is enriching uranium above its thresholds. The Biden administration has said it would return to the deal if Iran first returns to compliance. Iran, however, believes the United States must first remove the sanctions if they are to reenter the agreement, since the United States left it before Iran violated its stipulations.

Professor and Iran expert Vali Nasr addressed the possibility of a new, broader agreement at a Sadat Forum event at the University of Maryland on Thursday. Nasr said such a deal is not likely to happen because it would be too extensive.

“A broader deal, particularly if it’s going to involve regional issues, is in a way no deal at this point in time,” said Nasr in response to Al-Monitor’s question. “The idea that everything would be on the table means eventually nothing would get done.”

The senators’ view that an agreement should deal with Iran’s missile program and regional policies shows the Biden administration may run into opposition if it simply attempts to return to the deal as is. Under the US Constitution, the Senate must approve any treaties entered into by the United States. A mix of Democrats and Republicans signed the letter, indicating potential opposition to a return to the JCPOA from Biden’s own party.

Some of the Democrats who signed the letter voted against the deal in 2015, including Menendez and Sen. Ben Cardin of Maryland.

The left is divided on the issue, and some progressive groups oppose the letter’s contents. Peace Action, which lobbies Congress to promote peaceful resolutions of conflicts, said it was unbecoming of Democrats to sign the letter.

“Everyone, especially Democrats, should be astounded that a Democrat senator would sign a letter to continue the Iran policy of Donald J. Trump rather than support the legacy Iran deal of Barack Obama,” Richard Ochs, who chairs Peace Action’s Baltimore chapter, told Al-Monitor.

Peace Action is organizing a protest at Cardin’s Baltimore office on Friday to this end. Ochs added that he thinks the senator is promoting war.

“The JCPOA has kept Iran from pursuing nuclear weapons, so it appears that Sen. Cardin is influenced by extremist politicians who want a war with Iran to the last drop of American blood,” he said.

Correction: March 26, 2021. This article was edited to correct the number of senators who signed the letter.