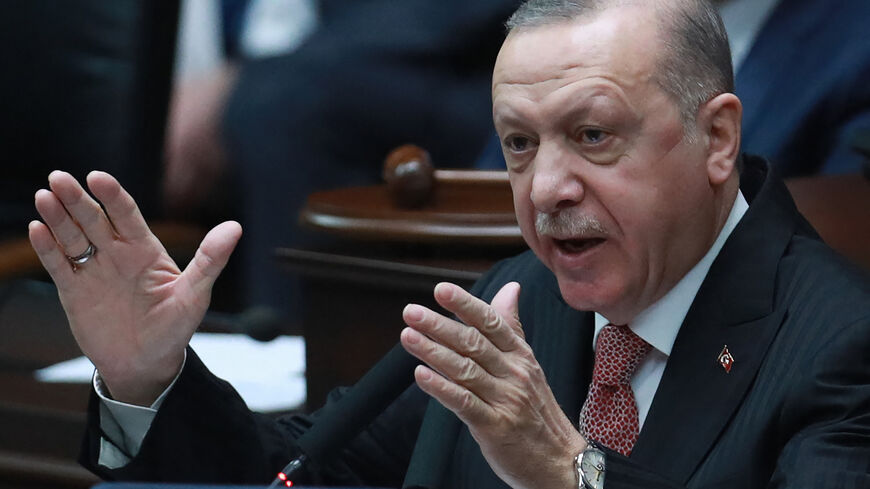 The fighting that began May 10 between Israel and Hamas stopped by a cease-fire brokered mainly by Egypt following the pressures of US President Joe Biden on the backstage. By comparison, its military and primarily political toll is much higher than the 51-day conflict in 2014.

Renowned Palestinian intellectual and researcher Khalil Shikaki wrote, “The ramifications of this latest round of Israeli-Palestinian confrontation — Israeli military strikes in Gaza, Hamas rocket attacks on Israeli cities, and rising intercommunal violence between Arabs and Jews — will be long-lasting and profound. Above all, it will reinforce the sense among Israelis, Palestinians and most of the international community that the search for a peaceful resolution to the conflict has come to an end for the foreseeable future.”

One of the casualties of the latest round of Israeli-Hamas fighting is Turkey's apparent irrelevance as a regional power in terms of the strategic ramifications of the fighting.

After yearslong power projection in a bid to be perceived as an emergent revisionist power in the Middle East and international arena, President Recep Tayyip Erdogan's strong pro-Hamas stand has proved to be ineffective both in the military and the peace-making fields.

According to initial assessments of the Israeli security officials, Hamas has been set back several years after the massive attacks on its rocket and missile factories, storage facilities and extensive network of tunnels that were built to move fighters and munitions. Prolonging the fighting proved to be difficult for Hamas leaders due to accumulating damage inflicted. Moreover, Gaza's infrastructure is badly damaged, including its fresh water and sewer systems, electrical grids, hospitals, schools and roads.

Turkish military support to Libya's Tripoli government and Azerbaijan were quite effective to turn tables in favor of its regional allies, but its military might didn’t work for Hamas in the last round of fighting in the Gaza Strip.

It seems Turkey will not be able to take the lead in the reconstruction of Gaza following the cease-fire given ongoing disagreements between Erdogan and the Biden administration. Most recently, the US State Department accused Erdogan of “anti-Semitism,” in an unprecendented strongly worded statement.

Biden lauded Israeli and Egyptian officials before the cease-fire went into effect and pledged to marshal international resources for the reconstruction of Gaza.

“We will do this in full partnership with the Palestinian Authority — not Hamas, the Authority — in a manner that does not permit Hamas to restock its arsenal,” Biden said May 20.

Indeed, only two days before the cease-fire, Erdogan was subjected to an unusually harsh statement issued by State Department spokesman Ned Price. Price didn’t only “strongly condemn” Erdogan’s “recent anti-Semitic comments” and found them “reprehensible.” He also urged Erdogan and other Turkish leaders “to refrain from incendiary remarks,” calling on Turkey “to join the United States in working to end the conflict.”

“Anti-Semitic language has no place anywhere. … The United States is deeply committed to combatting anti-Semitism in all of its forms,” Price continued.

Erdogan, in turn, neither refrained from his alleged “incendiary” remarks nor expressed any willingness to partner with the United States to end the conflict. The opportunity, if there was any, was missed. Washington worked with Egypt to reach a cease-fire. All indicators suggest that Biden is not planning to involve Turkey in efforts for the reconstruction of the Gaza Strip. These efforts might be aiming to delegitimize and weaken Hamas, Turkey’s main partner in the Palestinian arena.

Apart from the chill between Ankara and Washington, Turkey seems to be on its way to become a train wreck economically, and whether it is capable of financially helping Gaza remains as an open question.

Erdogan is well known for his outspokenness and incendiary language against Israel whenever military hostilities erupt, especially at times when Israel attacks Gaza, or when Israeli Police raids Al-Aqsa Mosque in Jerusalem, one of the most holiest places for the Muslim world. Yet he was never accused of anti-Semitism for his anti-Israel statements before.

The difference now was his May 19 speech. Lambasting Israel as usual, Erdogan conveyed an anecdote he said he was told by a former “Jewish prime minister.”

His description of the unnamed prime minister as “Jewish” instead of an “Israeli” triggered the American admonishment. Perhaps, it was not a slip of the tongue but a true reflection of his sentiments that legitimately could be interpreted as “anti-Semitic.”

The statement said it was “unacceptable and unfair to imply that” Erdogan was anti-Semitic on May 19.

A few days before this statement, on May 14, the online news website Shalom, a newspaper affiliated with Turkey’s Jewish community, was hacked by people suspected to be pro-Erdogan. “Our actions will continue until a free and independent Palestine is to be built,” the hackers wrote on the news site.

Nevertheless, Shalom avoided accusing the Erdogan government. Rather, it issued a statement emphasizing that they trust that the culprits of the attack on the site would be found and brought before justice. It also expressed its gratitude to the government for the concern it showed.

A day later, Erdogan was reprimanded with anti-Semitism and the European Parliament adopted the toughest report to date.

Criticizing Turkey’s regressive institutional reforms, European parliamentarians called on Turkey’s relevant authorities "to release all imprisoned human rights defenders, journalists, lawyers, academics and others who the government has detained on unsubstantiated charges." They also expressed their worries about “Turkey’s hostile foreign policy, including towards Greece and Cyprus, as well its involvement in Syria, Libya, and Nagorno-Karabakh, which consistently collides with the EU’s priorities.” They repeated their “encouragement to Turkey to recognize the Armenian Genocide.”

The report's wording suggested that Europe remains entirely critical of and diametrically opposed to Erdogan’s foreign policy. Thus, the point reached with the United States and the European Union can be described as “a historical low point.” The European Parliament ends its report with a wishful note: "Turkey will definitely change course."

It may not. The day the European Parliament issued that report, one of the former hopefuls, my colleague Asli Aydintasbas, a fellow at the European Council on Foreign Relations, published an essay at Foreign Affairs titled, "Turkey will not return to the Western fold."

She argued that this is not a temporary pivot but a deeper change in Turkey's foreign policy orientation. In the nearly two decades of Erdogan's rule, Turkey has grown less interested than it once was in belonging to the transatlantic club or pursuing EU membership. Instead, the government has been keen to reposition the country as a regional hegemon.

But its regional hegemony is also in limbo given its exclusion from the Israel-Hamas cease-fire process.

Erdogan’s foreign policy is in tatters as much as its stature domestically.