Plus: Fallout in Turkey from Biden’s designation of genocide in Armenia. 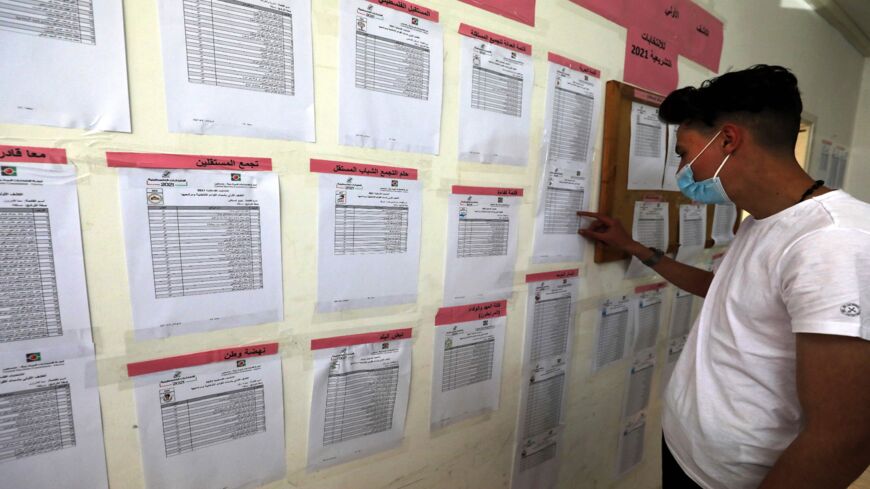 Staff of the Palestinian Central Elections Commission display electoral lists ahead of the upcoming general elections, at the commission's local offices in Ramallah in the occupied West Bank, on April 6, 2021. - ABBAS MOMANI/AFP via Getty Images

Palestinian President Mahmoud Abbas seems ready to delay next month’s scheduled elections at a meeting on Thursday with PLO and other leaders. The formal election campaign is otherwise scheduled to start on Friday.

The stated reason: Abbas is saying that Israel will not allow Palestinians living in Jerusalem to vote in the upcoming legislative elections. No Jerusalem, no elections. Israel has not made a public statement on Jerusalem voting one way or the other but is privately saying it will not interfere in the elections.

The real reason: Abbas had envisioned the elections as a means to unify Palestinian factions under his leadership. His Fatah party lost elections to Hamas in 2006, and the Islamic Resistance Party has ruled there since. The trends in the pre-election polling and politicking so far have presented Abbas with an awful, if not worst case, scenario: that Hamas would gain in the West Bank where Fatah rules, and that splits within the Fatah coalition, with at least two former members drafting competing election lists, are beyond repair. Both Israel and Abbas want to avoid Hamas expanding its influence in the West Bank — so if Abbas calls for a delay, Israel will be fine with that.

What it means: If Abbas delays the election on the grounds that Palestinians within Israel’s areas of jurisdiction can’t vote, those Palestinians who have been seeking elections and those tired of Abbas’ rule will all know the real reason. Thus, Abbas faces trouble whatever path he decides. The election process to date has revealed a broken ruling coalition and boosted Hamas’s standing. A national unity government, which he may propose, is unlikely to satisfy critics. If chances of a renewed Israeli-Palestinian diplomatic initiative this year were already slim, the chances are even less now.

Read more: Daoud Kuttab and Ben Caspit have the scoops on the Palestinian and Israeli positions, and the Week in the Review has the background here.

President Joe Biden’s decision to formally recognize a century-old mass killing of Armenians as “genocide” made no mention of Turkey and yet “illustrated to the whole world that Turkey and the United States are only nominal allies,” Cengiz Candar writes.

Turkey’s position is that Armenians in the Ottoman Empire were killed in fighting with Ottoman forces in World War I, but there were casualties on both sides, and there was no policy or campaign of genocide.

Even after Biden informed Turkish President Recep Tayyip Erdogan that he would be using the dreaded “G word” in a statement on Saturday, Erdogan in a statement of his own committed to "working together" with his US counterpart. The reality is that Ankara has little choice. Turkey’s relationship with the EU and Russia aren’t strong enough to leverage against the United States, leaving Erdogan with few cards left to play.

This isn’t to say Erdogan is without options, as Amberin Zaman explains. In theory, Turkey could restrict US activity at Incirlik Air Base, a key shared facility of Turkey and the North Atlantic Treaty Organization (NATO), or be less cooperative on planned Afghan peace talks in Istanbul. It also wouldn't be out of the question for Turkey to launch another attack against US-partnered Kurdish forces in northeast Syria, whom Ankara, in any case, considers “terrorists.” But analysts say Erdogan is unlikely to risk a major provocation before his planned meeting with Biden on the sidelines of the NATO summit in June.

Turkey has vowed a “reaction of different forms and kinds and degrees” to Biden’s genocide declaration. But the Turkish response so far, which included summoning US Ambassador David Satterfield for a formal protest, "has been remarkably muted given the decades of diplomatic and financial capital it spent on seeking to prevent just such a statement,” Zaman writes.

A day before Biden issued his Armenian statement, the Department of Defense formally notified Turkey it can no longer purchase F-35 joint strike fighters — that Turkey cannot purchase both the US fighters and the Russian S-400 missile defense system. This is a blow for Turkish naval ambitions, Metin Gurcan says. That’s because Turkey was constructing a landing dock ship, the Anadolu, to be used as a one-of-a-kind launchpad for Lockheed Martin’s stealth aircraft. A reflection of Turkey’s growing ambitions as a major sea power, the amphibious assault ship was supposed to be fully operational by 2023.

Plan B … Turkey’s expulsion from the F-35 program threw a wrench in those plans. Now, Turkey wants to turn the Anadolu into a drone carrier, but as Gurcan writes here, there are myriad operational and technical challenges standing in the way.

4. A partnership of convenience

Can Russia provide an effective counterbalance to Turkey’s increasing diplomatic isolation? Erdogan certainly hopes so, but diverging regional interests are bogging down Ankara’s transactional relationship with Moscow. The two countries back opposing sides in ongoing conflicts in Libya and Syria and don’t see eye-to-eye over the Eastern Mediterranean, a strategic sea lane for both Moscow and Ankara. Russian military aggression in Ukraine has emerged as another source of strain, with Turkey openly backing Kyiv’s bid to join NATO and refusing to recognize Crimea’s annexation.

The bottom line … “Ongoing joint economic and military projects provide an incentive to Ankara and Moscow to keep their rivalry in check for now,” writes Semih Idiz. The question is, for how long?

Turkey is also stoking tensions in northern Cyprus, the self-declared independent state recognized only by Ankara. A top court in the disputed region ruled this month that the Ministry of Education, rather than the religious authorities, is responsible for deciding how the Quran is taught in schools. The decision drew a scolding from Erdogan, who is bent on promoting piety both domestically and in northern Cyprus and saw the ruling as an act of defiance from the Turkish-occupied territory.

“Turkish Cypriots are no strangers to Turkey’s political meddling, but a planned drive to promote religiosity based on Sunni Islamism is something they deeply fear,” writes Fehim Tastekin. Besides, Erdogan’s bashing of northern Cyprus undermines his own claim that the territory is a sovereign state.

One cool thing: Centuries-old shipwreck turns up in Red Sea

Egyptian archaeologists scouring the Red Sea have unearthed the bow of an 18th-century merchant ship believed to have collided with a coral reef while sailing from Southeast Asia. Researchers are hopeful that the more than 1,600 artifacts discovered onboard the ship can shed light on Egypt’s historical ties with China during the Ottomon era. Alaa Omran takes a closer look at the underwater excavation process.

A new report from Amnesty International found four Middle East countries — Iran, Egypt, Iraq, Saudi Arabia — accounted for 88% of known global executions in 2020. Iran carried out the most death sentences in the region, and Egypt recorded a threefold increase in executions this year. Saudi Arabia recorded an 85% drop in executions, which the report’s authors attribute to the COVID-19 pandemic and Riyadh’s image concerns amid its G20 hosting duties. For the first time in several years, both Oman and Qatar resumed use of the death penalty.

Worth noting … Syria isn’t included on the list because Amnesty International's ranking relied on known executions. It’s impossible to know how many thousands of prisoners have died in the Syrian government’s secret dungeons during the decadelong war.

What we’re listening to: Israel braces for right-wing violence

Ben Caspit and veteran Israeli political journalist Tal Schneider draw comparisons between the warning days of Donald Trump’s presidency and the twilight of the Benjamin Netanyahu era. If an anti-Netanyahu government is formed in the aftermath of this latest Israeli election, the right-wing Likud party could send swarms of demonstrators to the streets in protest. But don’t expect a Jan. 6-esque storming of the Knesset, Schneider says. Listen to the full podcast here. 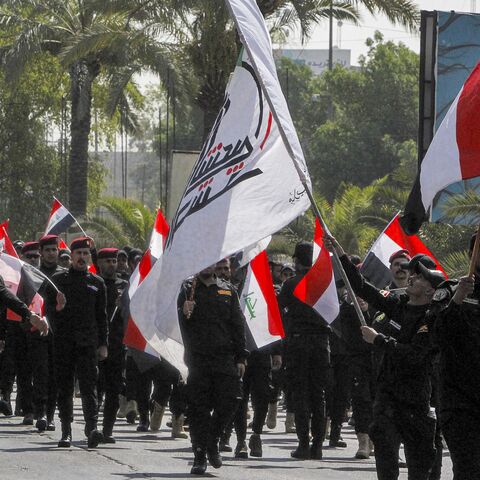