On a doubly dramatic day in Israel, the first witness testified in Prime Minister Benjamin Netanyahu’s corruption trail and President Reuven Rivlin began consultations on who will be tasked to form the next government. 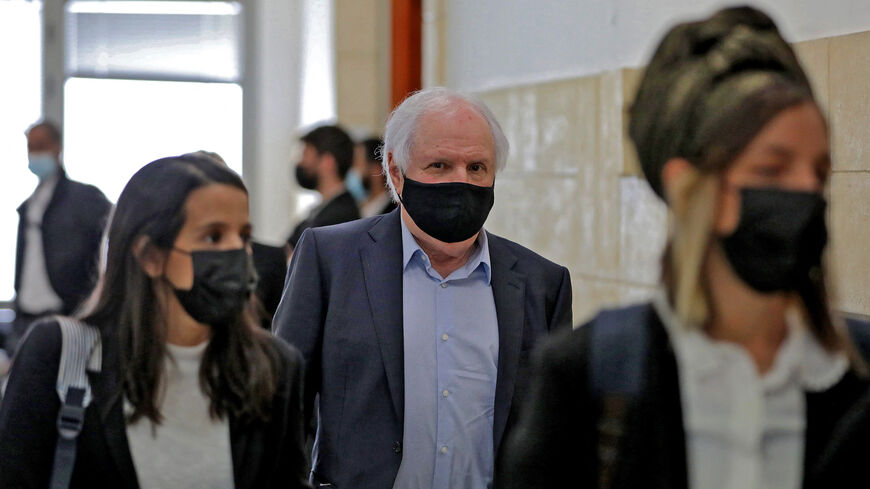 Former CEO of the Walla news site Ilan Yeshua appeared this morning at the Jerusalem District Court. Yeshua was the first witness to give testimony in Prime Minister Benjamin Netanyahu’s graft trial, which opened a few months ago. His testimony concerned one of the three cases against Netanyahu, dubbed Case 4000. The others are referred to as Case 1000 and Case 2000. In Case 4000, Netanyahu is accused of bribery, fraud and breach of trust involving communication policies that served site owner Shaul Elovitch in exchange for positive coverage.

Yeshua told the court that he and a senior editor for the site referred to Netanyahu as "Kim" in reference to North Korean dictator Kim Jong Un. He said was instructed by his bosses and people close to Netanyahu to prefer positive coverage of the prime minister and criticism of his rivals.

“At the end of 2012, requests started to come from Elovitch to favor positive articles for Prime Minister Netanyahu and his wife Sara,” said Yeshua. He also claimed the news site deployed massive efforts to assassinate the character of Yamina leader Naftali Bennett, considered Netanyahu’s arch enemy.

Yeshua’s testimony is expected to last a few days. The court is scheduled to convened three days a week throughout the testimony phase of the trial. Netanyahu was instructed to arrive in the morning for the beginning of the sessions and be present during the prosecution’s opening remarks delivered by Liat Ben-Ari. He was allowed to leave the courthouse before Yeshua started giving his testimony. In her opening remarks, Ben-Ari accused Netanyahu of using his political clout to promote his personal affairs and retain office.

While Netanyahu attended the trial, only a mile away, President Reuven Rivlin received in his Jerusalem residence representatives of the parties for consultations on the candidate to be tasked with composing the next government.

The first party to arrive was the Likud, which won 30 Knesset seats in the March 23 elections. The Likud representatives recommended Netanyahu for the job of assembling a majority-backed government. The president then met with representatives of Yesh Atid, which won 17 seats. That party recommended its leader, Yair Lapid, for the task. In his conversation with Yesh Atid's people, Rivlin expressed pessimism that any party leader could muster enough support for a majority coalition.

"The people of Israel should be very concerned that we may be dragged into a fifth election" since April 2019, said the president. The meetings were broadcast live at the president’s request to ensure transparency.

Representatives of Gideon Sa’ar’s New Hope party are now consulting with the president. Meretz, Raam and Joint List representatives are expected later in the evening.

At a press conference earlier this afternoon, Netanyahu lambasted the prosecution in his trial. “The prosecution is on a witch hunt. They were looking for me. Whitewashed investigations, conducted illegal searches and erased recordings. And the worst of all: It blackmailed witnesses with severe threats to the point of breaking up families,” said Netanyahu.