Can Netanyahu get indicted and then re-elected? 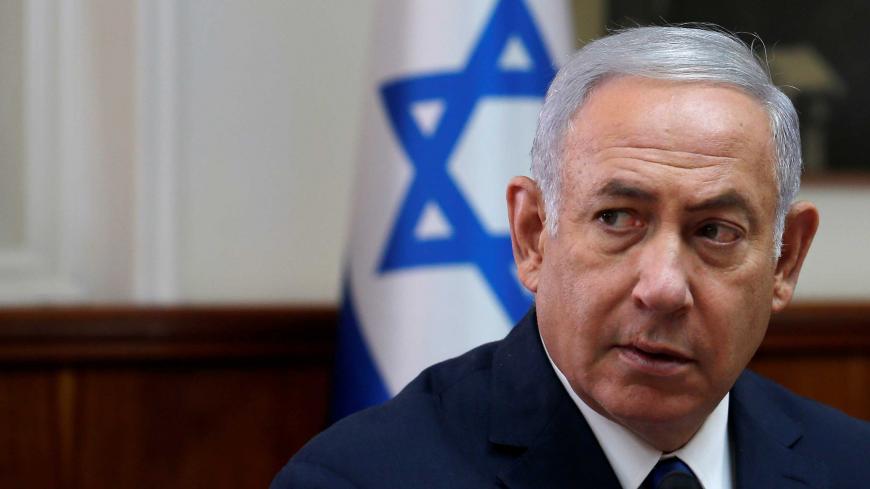 The answer to the question of whether the end of the Netanyahu era is at hand is not yet clear — but the picture is gaining clarity. The timetable is taking shape, the various criminal investigations are being consolidated, and law enforcement authorities are gearing for the final leg of one of the longest, most intense, highly publicized and hesitant criminal investigations in Israel’s history.

On Sept. 4, the prosecution related that it plans to combine all three cases — known as case numbers 1,000, 2000 and 4,000 — involving suspicions of corruption against Prime Minister Benjamin Netanyahu. It will make one comprehensive recommendation to the attorney general on whether or not to charge him.

Netanyahu reacted to the news with mixed feelings — on one hand, he feels a certain satisfaction with the prospects of further delays stemming from the need to consolidate all three cases; on the other, he has concern given the realization that a combined case could yield a harsh indictment. A charge of bribery would spell an end to the Netanyahu era. If the prosecution waffles and takes the charges down a notch to breach of trust, Netanyahu will claim that one does not unseat a prime minister over such a minor violation of the law. Will he find allies for such a stand among his coalition partners? That remains to be seen until after the next elections.

This is the reason why Netanyahu is dragging his feet on the decision whether to schedule elections in early 2019 or wait for their scheduled November 2019 date. It could be the most important decision of Netanyahu’s political career, which would also clearly have an impact on his future as a free man.

The police have already completed the investigation into case 1,000 concerning gifts Netanyahu and his family allegedly received from Israeli-American billionaire Arnon Milchan; the investigation into case 2,000 involving suspicions that Netanyahu conspired with the publisher of the mass-circulation Yedioth Ahronoth daily, Arnon Moses, to obtain favorable coverage is also complete. Police handed its findings to the prosecution, recommending bribery charges be brought against Netanyahu. The prosecution must now formulate its own recommendations to the final arbiter, Maj. Gen. (res.) Avichai Mandelblit, the attorney general and former Cabinet secretary whom Netanyahu named to both positions and in whose hands his fate now rests.

The decision to consolidate the three files places everything on hold pending completion of the investigation into case 4,000, expected before the end of the year. That would take us into 2019, with Mandelblit expected to grant Netanyahu a hearing during the first quarter and then deciding whether to indict him. In case of further delays, the decision would shift to sometime in the first half of 2019.

Case 4,000 is now regarded as the locomotive pulling all the Netanyahu investigations, focusing as it does on allegedly forbidden dealings between Netanyahu and another major publisher, former owner of the Walla website (and former major stakeholder at Bezeq telecommunication) Shaul Elovitz. Unlike case 2000, in which the deal allegedly discussed between Netanyahu and Moses did not materialize, case 4,000 involves more than just talk. Netanyahu allegedly received favorable, “family friendly” coverage on Walla and blocked regulatory reforms that could have cost Elovitz’s Bezeq company some 1 billion shekels (about $300 million). The police believe they have extensive proof, including text messages, tapes, testimony and varied items of evidence. Law enforcement officials say their case is watertight, and they are convinced it will end badly for Netanyahu.

Nir Hefetz, Netanyahu’s one-time media adviser and subsequently the family’s strategic adviser, has turned state’s evidence and provided police with a mass of strange and varied tapes. “He was a one-man recording enterprise for years,” a source well-versed in details of the investigations tells Al-Monitor on condition of anonymity. “He recorded everyone, including the prime minister himself. He taped conversations about day-to-day matters, professional conversations and brought a treasure trove that will take time to explore fully.”

Attorney Liat Ben-Ari, the senior prosecutor accompanying the Netanyahu investigations, said police teams are working around the clock listening to the secret recordings and transcribing them. “They may contain incriminating evidence and we may find exculpatory evidence,” she said on Sept. 4 at a legal conference. Off-mike, prosecution sources say exculpatory evidence is not likely to emerge from the tapes.

Netanyahu is not the only one implicated in alleged bribery in case 4,000. A police representative said at an Aug. 30 court hearing that Netanyahu’s wife, Sara, is also suspected of accepting a bribe. According to various sources, the couple’s son Yair Netanyahu is also suspected of involvement in bribery. It is yet unclear whether the wife and son can be indicted on bribery charges, given that they are not elected officials (in Israel, criminal bribery involves benefits given to a public servant or elected official). However, according to some legal interpretations, if they were active participants in receiving, giving or mediating bribery, they could be exposed to indictments — that, in addition to charges of fraud and breach of trust already brought against Mrs. Netanyahu on suspicion of financial irregularities in the prime minister’s residences and additional suspicions against her in case 4,000 (Haaretz reported Sept. 7 that she was also suspected of fraud in this case).

The plot thus thickens and grows increasingly complex ahead of the denouement expected by mid-2019. Netanyahu’s survival strategy rests on two firm pillars: First, his belief that Mandelblit, who ate and drank at his trough for four years (in a manner of speaking), will not dare indict him for bribery and will make do at the last moment with a lesser charge of breach of trust. The second is the belief that Netanyahu’s popularity and political power, which are at an all-time high, will surge further ahead of the elections he plans to hold within the first four months of 2019. Netanyahu believes that if he goes to the polls with the Israeli public already familiar with the suspicions against him and emerges with more than 30 Knesset seats for his Likud Party, Mandelblit might have to settle for lesser charges. His political power will allow him, so he believes, to extract a commitment from his future coalition partners not to dismantle the government in case he is indicted and has to stand trial to prove his innocence.

This would create a situation unprecedented in the annals of Israeli history. An incumbent prime minister has never faced a trial on criminal charges.

Netanyahu hopes to mark two records in 2019: to break the record term set by Israel’s first prime minister, David Ben-Gurion, and, if he is indeed indicted, to continue serving as prime minister even while he stands in the defendant’s box. The chances of the second record are considered slight, but Netanyahu has never been put off by small odds.