Prime Minister Benjamin Netanyahu knows that the police have finished their investigations in three cases involving him, which is why he is now attacking senior Likud member and potential rival Gideon Saar. 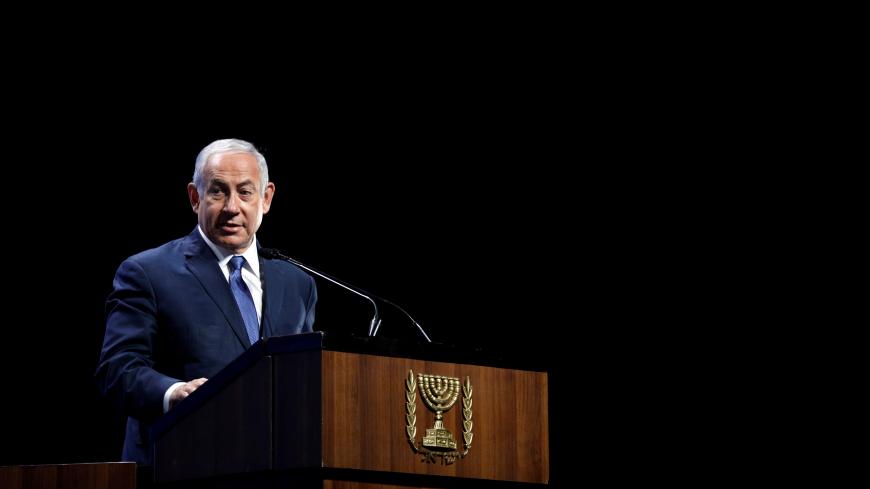 Police have all but wrapped up two years of criminal investigations of suspected corruption by Prime Minister Benjamin Netanyahu. The probes have yielded four thick files, three state’s witnesses, two police recommendations to indict on bribery charges and another on the way, and investigators are now putting the final touches on the heaviest case of them all, which is known as Case 4000.

Police Commissioner Roni Alsheikh will be leaving behind a clean desk when his term ends at the beginning of December. Police investigators have sent off two of the four cases to the State Prosecutor’s Office with recommendations to indict the prime minister. Case 1000 involves gifts to Netanyahu by Hollywood tycoon Arnon Milchan, and Case 2000 centers around a suspected quid pro quo deal with Yedioth Ahronoth newspaper publisher Arnon Mozes. Also in the pipeline are indictments of several top Netanyahu associates in Case 3000 involving Israel’s purchase of submarines from Germany, described by Yesh Atid leader Yair Lapid as the gravest corruption scandal in Israeli history. Netanyahu himself is not yet a suspect in that affair. Case 4000 involving suspicion of bribery in Netanyahu’s past dealings with the then-major stakeholder of Bezeq telecommunications giant, Shaul Elovitz, will be handed over to prosecutors by the end of the year with a sweeping, unambiguous recommendation: Indict for bribery.

Netanyahu is well aware of this state of play, and he continues to issue his well-worn reactions, summed up in his comment that “there will be nothing because there is nothing." He is still counting on Attorney General Avichai Mandelblit, the former chief military advocate general who was his close aide as Cabinet secretary for three years. Nonetheless, he is beginning to have doubts. He understands that Mandelblit has “crossed the Rubicon,” as various people privy to Mandelblit’s thinking attest. Netanyahu, who tends to make mountains out of molehills and suss out potential threats in the making, is gearing up for the first quarter of 2019, sure to be the most decisive period of his political and perhaps personal life.

According to the most likely estimated timeline, once all the files reach the desk of State Prosecutor Shai Nitzan, he and his staff will have to decide what recommendation to pass on to Mandelblit. They are expected to adopt the likely police recommendations to indict Netanyahu for bribery in Case 4000, but they may take the recommendations in Case 1000 down a notch to charges of breach of trust. The recommendations in Case 2000 are still uncertain, but it, too, will most likely result in bribery charges. The files will then move to the final arbiter, Israel’s top law enforcement official. Mandelblit, by most assessments, will make his decision within the first three months of 2019.

Few doubt that the criminal probes will yield at least one indictment on charges of bribery, a serious offense and one of the most egregious in Israel’s legal statutes on white-collar crimes. Mandelblit’s dramatic announcement would mark a watershed in Netanyahu’s fate. If he decides to indict Netanyahu, Mandelblit will be obliged to grant the prime minister a hearing.

Netanyahu’s attorneys will demand time to prepare and will get a few months, meaning the hearing will take place in mid-2019, after which Mandelblit will announce his final decision. Will he let Netanyahu off or soft-pedal some of the charges? Either way, 2019 will be a decisive year for Netanyahu. As of mid-2019, the nightmare scenario of Netanyahu one day occupying the prison cell vacated last year by his predecessor Ehud Olmert could become more realistic. Netanyahu still hopes he can extricate himself in a last-minute plea bargain deal with the attorney general, but such prospects appear increasingly unlikely with every passing day.

Netanyahu’s wild attack this week against former Likud Minister Gideon Saar (Netanyahu accused Saar of conspiring against him) — one of the most popular figures in the Likud and widely perceived as his eventual successor — was part of his feverish preparations for the tough year ahead.

Under Israeli law, Netanyahu could remain in office as long as he has not been charged with a crime. Still — on the political and public level — Netanyahu will have to convince three groups to let him stay in office while he fights in court to prove his innocence in a marathon bribery case. The chances of that happening are slim, but Netanyahu never gives up — not even when the die has seemingly been cast.

The first group is the Israeli public. Here, he is not doing too badly — especially with Likud voters and his right-wing political base. He is more popular than ever but also vulnerable. Netanyahu would not be doing nearly as well if there were a credible alternative candidate for the premiership in the offing. Netanyahu has successfully stifled all attempts by potential rivals to challenge his leadership, and the attack against Saar this week was another such attempt.

The second group is made up of Netanyahu’s coalition partners. Here, he is in trouble. Finance Minister Moshe Kahlon has said several times that Netanyahu would not be able to remain in office if indicted. Knesset member Orly Levy-Abekasis, who is putting together a new political party and is viewed as the wild card in the next elections, has voiced similar sentiments. Netanyahu will need to work a miracle for his future coalition partners to accept a situation unprecedented in Israel’s 71 years.

The third group is the most sensitive: Netanyahu’s Likud party. Right now, he is its undisputed king. He runs the party with a high hand, quelling all rebellions and stifling dissent. Saar, however, is no puppet, and he is perhaps the only top Likud figure who has refused to let Netanyahu pull his strings. His record reflects independent thinking and a certain respect for the rule of law. Netanyahu knows Saar is the only one in the Likud who would dare take a stand and demand that Netanyahu step down while under indictment for bribery. That was why Netanyahu decided to mount his attack now when he is at the top of his game and Saar is still marshaling his troops. Thus, when the time comes next year, Netanyahu can tell his supporters, “I told you so. He has been conspiring against me for a long time.”