The vote over the Knesset’s Arrangement Committee has offered the so-called Bloc for Change a second shot at assembling the next government. 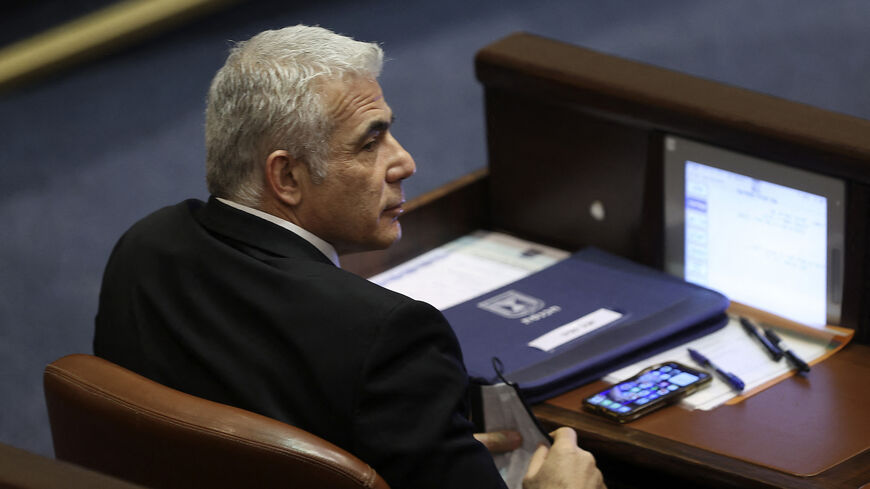 After several months of dithering, the Bloc for Change (to remove Prime Minister Benjamin Netanyahu from office) dealt a major blow to the prime minister.

It was a technical but extremely significant victory: control of the parliament’s Arrangement Committee, which manages the Knesset until a new government is formed. In the not-far-off future, when we look back, we might see the vote as the moment Netanyahu lost his grip. We can already say that Yamina chair Naftali Bennett has never been as close to the prime minister’s chambers and could reach it in a matter of weeks.

It is still too early to be sure about how things will develop, but what happened yesterday in the Knesset was a clear victory for the Change Bloc headed by Yesh Atid chair Yair Lapid, Bennett and New Hope chair Gideon Saar. The Change Bloc lost its mandate to assemble a government without Netanyahu two weeks ago, but it seems they are getting a second chance.

Yesterday they got their act together. They succeeded in bringing Mansour Abbas' Ra’am party to their side, leaving the prime minister alone, and the pendulum swung to the Change Bloc.

The Change Bloc players seem to have been working from a well-organized plan, but quietly, so as not to make waves.

On April 18 Lapid broke his long silence at a press conference and announced that he will do everything he can to replace Netanyahu with an “Israeli unity government.”

Lapid said he will allow Bennett to precede him in the rotation for the premiership, despite being chairman of the opposition and heading the second-largest party with 17 mandates. Lapid found a way to deal with the impasse while retaining some maneuverability for himself. At the press conference, Lapid said that he expects the president to authorize him to put together a government after Netanyahu fails to do so because he has the highest number of supporters. Lapid will maintain control by allowing Bennett to be first in the rotation, thus preventing him from returning to Netanyahu.

Asked about the political price he is willing to pay, Lapid said, “This isn’t about prices, but what’s the best thing for the State of Israel. I will be surprised if the president does not appoint me to assemble the next government. The goal of establishing a unity government of 45 supporters does not include those we are talking to about potentially joining us. So the assumption is that the president will appoint me and we’ll establish a unity government.”

Lapid is preparing the public for a government of ideological opposites that will contain fervent right-wingers who believe in annexation of the settlements sitting next to members of far-left parties, and it will all depend on the Arab factions. It will be a government with only one goal: to replace Netanyahu.

Lapid presents the idea as “an Israeli unity government,” but it sounds like a marketing trick: There will be no unity. The largest party, by far, is still the Likud headed by Netanyahu. These voters, together with the ultra-Orthodox, would be left out of the game.

Meanwhile, Netanyahu will retain the mandate for the next two weeks. If he fails to bring Abbas back into the group or to convince Bezalel Smotrich, leader of the far-right Religious Zionists, to accept a government backed by Arab Knesset members, chances are high that the mandate will be given to Lapid.

“It’s all foggy and ambiguous to us,” admitted a high-level source in the Change Bloc who spoke to Al-Monitor on condition of anonymity. “On paper it looks very simple and easy to create a government. But when they start to talk about guidelines and ideology and policy vis-à-vis Hamas, Iran and the legal system, the controversies will emerge. I’m not even sure if such a government can be sworn in.”

Still, despite the doubt, something has changed. No one could ignore the elation yesterday in the Knesset and on social media. Saar was seen winking as he eyed the Knesset benches as Netanyahu was defeated in the vote.

While Netanyahu still holds the mandate, it is quite clear who will get which position in the eventuality of a Change Bloc coalition: Bennett as prime minister, Lapid as his alternate who will also serve as foreign minister, Benny Gantz as defense minister, Avigdor Liberman as finance minister and Saar as justice minister. It would reportedly be a relatively small government with only 18 ministers.

And what would Netanyahu do? He has a backup plan of leading the Likud and the right in the opposition and challenge the government on a daily basis. He’d bring proposals that would embarrass the right-wingers in the coalition and wear them down to yet another round of elections.

Yesterday Netanyahu’s crony, head of the Knesset's Likud faction Miki Zohar, announced the committee vote, “Netanyahu will lead the opposition. We will go with our heads held high.”