Is Ankara on mission impossible over S-400 conundrum?

Confusion reigns in Ankara on how to manage the S-400 crisis, as pressure to satisfy Moscow along with Washington makes it a tall, if not impossible, order. 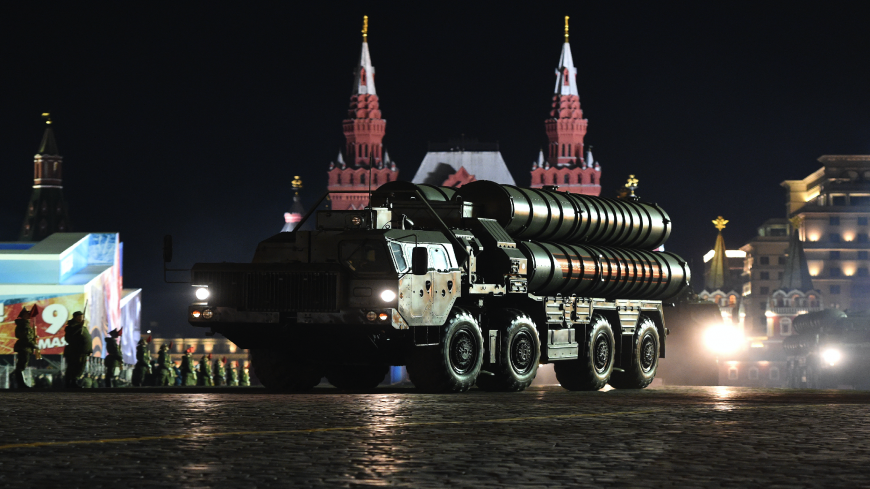 Turkey’s acquisition of Russian S-400 air defense systems has snagged any progress in its fraught relationship with the United States, growing into a sort of “mother of all problems” between the two NATO allies. Confusion reigns in Ankara on how to manage the crisis after two years of failed efforts at a solution that would allow Turkey to use the systems while allaying the concerns of its Western partners. The need to satisfy Moscow as well makes it a tall — almost impossible — order.

President Recep Tayyip Erdogan and his government never foresaw a crisis on such a scale when Ankara signed the contract with Moscow in April 2017, driven by domestic political calculations and without a proper assessment of geopolitical risks. The full extent of the cost and terms of the deal, including the rights and obligations of the Turkish and Russian sides, remains unknown to the public. In any case, the crisis has an Ankara-Moscow dimension, which is often overlooked as the discussion in the Western media focuses on the crisis’ impact on Turkish-US relations.

The purchase of the S-400s was both a financially costly move and a critical choice bound to affect Turkey’s strategic orientation, alliances and foreign policy decisions for decades to come. Yet the acquisition went ahead without a proper technical review by the general staff, any real parliamentary oversight and a healthy public debate as the pro-government media shouted critics down. Thus, Erdogan’s government alone holds the political responsibility for the economic, diplomatic and security price that Turkey has paid and could pay over the crisis.

Two proposals are being floated in Turkey these days as a way out of the crisis. The first is the so-called Crete model — a reference to the solution of a crisis over the Greek Cypriots’ purchase of S-300 air defense systems from Russia in 1997. Following strong Turkish objections, the systems were never deployed in Cyprus, ending up in storage in Greece’s island of Crete.

Up until December, Turkish Defense Minister Hulusi Akar reportedly pressed for a similar formula in his contacts with US officials. In an interview in early February, he said, “Many European countries that belonged to the Warsaw Pact before joining NATO still have weapons from the Soviet era. Those weapons remain in the system within NATO. And this is what we have said — that we are open to negotiating a model like the one used for the S-300s in Crete.” The minister stressed the purchase of the S-400s did not mean Turkey would be “constantly” using them. “Such systems are used depending on circumstances of threat. We would be the ones to decide,” he added.

The Greek Cypriots’ S-300 purchase had threatened to upset the balance of power in long-divided Cyprus, where Turkey has maintained a large military presence in the Turkish Cypriot north. Turkey argued at NATO meetings that the weapons were not a bilateral problem but a NATO problem, as the Russian-made missiles posed security risks to the alliance. Turkey’s objections resonated with the United States and other NATO heavyweights, and eventually all parties agreed to a formula whereby the systems were stored in the western part of Crete, largely reducing the threat for Turkey in terms of the systems’ range. It was an important diplomatic achievement for Ankara, as the Greek Cypriots failed to deploy the systems on their territory although they had paid for them.

NATO never integrated the S-300s into its own network, and Greece never officially activated them. In December 2013, however, Greece conducted firing tests. With the S-300s sold to multiple countries by then, the United States and NATO were eager to test how efficient US warplanes would be against the Russian systems. The S-300s in Crete were used in military drills for that purpose in 2015. Israel, too, was involved in such drills. Most recently, the systems were reportedly tested during joint military exercises between Greece, Germany, the Netherlands and the United States in November. Through such tests, the United States and NATO have sought to determine the strong and weak features of the systems and take measures accordingly. In other words, Greece has not sought to integrate the S-300s into its air defense or use them otherwise against threats.

The Crete model could appear as a constructive middle way at first glance, but it would amount to critical changes in Turkey’s ties with the United States and, more critically, with Russia. Hence, it is unlikely to go through.

Indeed, presidential spokesman Ibrahim Kalin recently signaled that Ankara has abandoned the idea. “A solution based on the Crete model is not on our agenda,” he said in an interview published March 2, arguing that Akar’s remarks had been misunderstood and contorted. Kalin asserted that the decision to purchase the systems had been discussed and thought out at length after the United States “failed to come up with a satisfactory and acceptable proposal” on Turkey’s desire to purchase the US-made Patriot systems. “Eventually, Turkey bought the S-400s, showing that it is not without alternatives. Stepping back from this decision is out of the question. We believe the S-400s do not pose a threat to NATO’s defense system or the F-35 jets, and that a mechanism could be set up to eliminate the security concerns raised by the American side. We have made a proposal … and believe that we can make progress there,” he said.

Kalin’s remarks evoke the Pakistani model, another formula floated in Ankara that refers to American oversight of Pakistan’s use of its F-16 jets through a joint monitoring office. In early 2019, Turkey had proposed the creation of a technical joint working group to monitor the operational use of the S-400 systems, but Washington was not interested. So, applying the Pakistani model appears unlikely at present.

Some in Ankara suggest that Turkey should use the S-400s as a bargaining chip in other major disputes with the United States, namely the row over Washington’s collaboration with Syrian Kurdish militia affiliated with the Kurdistan Workers Party, which is designated as a terrorist group by Ankara and much of the international community. Others are floating scenarios about the transfer of the S-400s to a third country such as Azerbaijan, Qatar or Ukraine, but the terms of Turkey’s contract with Russia preclude such an option. Another scenario, discussed in security circles, involves the potential transfer of the systems to Turkish Cyprus, but neither the United States nor Russia is likely to greenlight such a move.

In sum, no solution acceptable to all concerned parties appears to be in the cards, at least in the short run. Washington has already rejected a Turkish proposal reminiscent of the Pakistani model, while the Crete model raises concerns for Russia — even though it offers a diplomatic way out that would allow the United States to remove the S-400 issue as a precondition for fence-mending with Turkey. A Russia that plans to sell the S-400s to other countries in the next two decades would hardly like to see the systems used in NATO exercises. Applying the Crete model to Turkey’s S-400s would trigger a deep crisis in Turkish-Russian relations.

All in all, the S-400 conundrum is increasingly growing into a mission impossible for Erdogan’s government. Ankara may find itself with shrinking wiggle room to keep both Washington and Moscow hanging on, as the crisis becomes its foremost foreign policy challenge in the coming months.