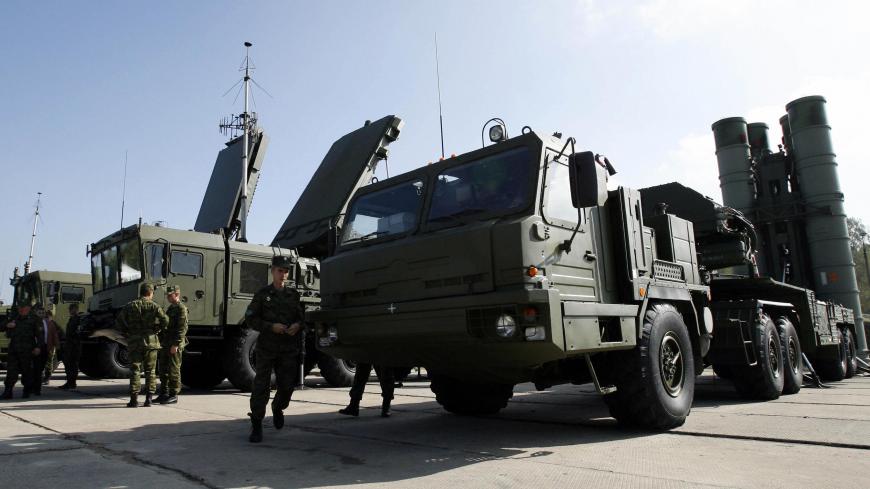 ISTANBUL — As the Turkish government attempts to recalibrate relations with the new US administration under President Joe Biden, its acquisition of Russian-made S-400 missile defense systems remains a central point of contention between the longtime NATO allies.

Speaking in a press briefing Tuesday, Pentagon Press Secretary John F. Kirby urged Ankara to take action and remove the missiles from Turkish territory, reiterating a stance widely held by Washington officials that the S-400s pose a security threat to NATO defense systems in the country.

Shortly after acquiring the S-400s in July 2019, Turkey was removed from the bloc’s F-35 fighter jet program over concerns the missiles’ radars could collect data on the aircraft. Asked whether there were developments on the issue following a hint at a possible compromise by a Turkish official earlier this month, Kirby said there’s been no change in the Biden administration’s policy as Ankara reportedly pursues talks with Moscow over the purchase of a second batch of S-400 systems.

“We urge Turkey not to move ahead with the delivery of the S-400,” Kirby told reporters in Washington Tuesday. “We believe it's incompatible with the F-35, and Turkey remains suspended from that program. Again, we urge them not to retain it.”

The comments come after Turkish Defense Minister Hulusi Akar said in a Feb. 9 interview that Ankara might be willing to “find a solution” for its S-400 purchase if the United States considers ending its support to a Kurdish militia in Syria that Turkish officials view as a security threat and an extension of the Kurdistan Workers Party (PKK), designated a terrorist organization by Turkey, the United States and the European Union.

In response, State Department spokesperson Ned Price said Feb. 10 Washington would not lift sanctions on Turkey over the S-400s until Ankara ends its possession of the systems. Kirby doubled down on the stance Tuesday, noting the United States had offered Ankara NATO-compatible Patriot missile defense systems, which Turkish officials declined over disagreements concerning an additional technology transfer with the purchase.

“I would remind that they had multiple opportunities over the last decade to purchase the Patriot defense system from the United States and instead chose this S-400, which provides Russia revenue, access and influence,” Kirby told reporters Tuesday.

The latest statements come after a spat between the NATO allies sparked by Washington’s failure to immediately condemn the PKK over the deaths of 13 Turkish hostages in Iraq during a failed Turkish rescue operation launched on Feb. 10. Following a backlash from Ankara, US Secretary of State Antony Blinken walked back initial comments, affirming the PKK was responsible for the deaths in a Feb. 15 phone call with his Turkish counterpart Mevlut Cavusoglu.

Amid heightened tensions, Turkish President Recep Tayyip Erdogan struck a conciliatory tone in a video message Saturday, saying US-Turkey ties had been “seriously tested recently” but that the partnership has “overcome all kinds of difficulties.”

“As Turkey, we believe our common interests with the United States far outweigh our differences in opinion,” Erdogan said Saturday, adding Ankara sought to strengthen cooperation through “a long-term perspective on a win-win basis.”

Erdogan went on, “Turkey will continue to do its part in a manner worthy of the allied and strategic partnership ties between the two countries.”

The apparent attempt to improve fraught relations comes after news broke Friday that the Turkish government hired a Washington law firm to lobby the Biden administration to remain in the F-35 jet fighter program. What will come of such efforts remains to be seen, though Sinan Ulgen, chairman of the Istanbul-based Center for Economic and Foreign Policy Studies, said Akar’s recent comments on a possible compromise could offer an off ramp from current tensions.

“It is the first time that Turkey signaled that it would contemplate such an option,” Ulgen told Al-Monitor.

Ulgen said US and Turkish officials could collaborate on an agreement laying out the conditions under which the S-400 missiles would be made operational, recalling a similar arrangement for Russian S-300 missiles stationed in the Greek island of Crete. Such a formula, Ulgen said, would also require a verification mechanism to ensure the agreement is followed.

“But for that to happen, there needs to be direct face-to-face negotiations between Turkey and the US, and we are not there yet,” Ulgen told Al-Monitor.