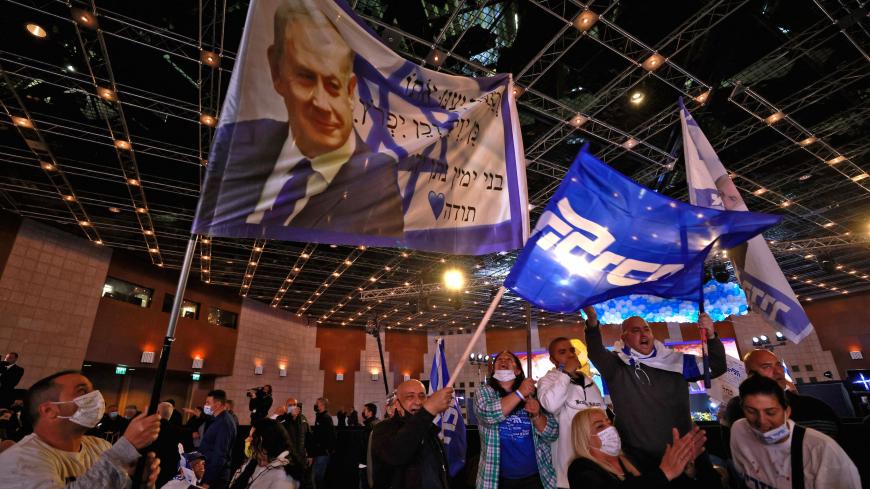 Likud party supporters wave flags bearing the party's leader, Prime Minister Benjamin Netanyahu, as they react at their party campaign headquarters in Jerusalem on March 23, 2021, after the end of voting in the fourth national election in two years. - MENAHEM KAHANA/AFP via Getty Images

Once again, for the fourth time in two years, an Israeli election produced no clear winner and the prospect of yet another vote. In the March 23 elections, Israeli Prime Minister Benjamin Netanyahu’s bloc received 59 seats, two short of a majority, and few seats seem up for grabs at this point, except for the five seats of Arab Joint List defector Mansour Abbas’ Raam party (see below).

Odds of stability: "Slim to None." Netanyahu could gain a majority if he could peel off some of the defectors from the other right-wing parties allied against him. Or Netanyahu could lose out if the center-left parties opposed to Bibi could win over the seven seats held by Naftali Bennett’s Yamina Party. Ben Caspit puts these odds as "slim to none." Also in the "slim to none" category is an arrangement with Abbas. Netanyahu’s right-wing bloc won’t be buying a deal with any Arab party. Caspit says Bibi’s flirtation with the Arab vote has led to a funeral, rather than wedding, for Netanyahu. Abbas, for his part, could end up being a broker.

Gang of Four: If there is chance for Bibi to lose power, it will depend on the rival "Gang of Four" pulling together: Yisrael Beitenu leader Avigdor Liberman, New Hope leader Gideon Saar and Bennett on the right, and Yesh Atid leader Yair Lapid on the center-left. Caspit, who notes that the four "would each give up a kidney" if Netanyahu willingly stepped aside, doesn’t see this outcome as likely, but doesn’t rule it out either.

More of the same: Israeli President Reuven Rivlin will soon ask whoever gathers the most votes to form the next government. That is likely to be Netanyahu, but you never know. Rivlin could also call for an emergency coalition government like last time, but the last effort flopped, and would require another deal with Netanyahu. Mazal Mualem writes that assuming the final vote tallies (expected March 31) stay on track, a divided transition government with Blue and White leader Benny Gantz (who overcame a kind of political near-death experience to win eight seats) "will continue to run the country for the next few months as Israel plunges into another election round." 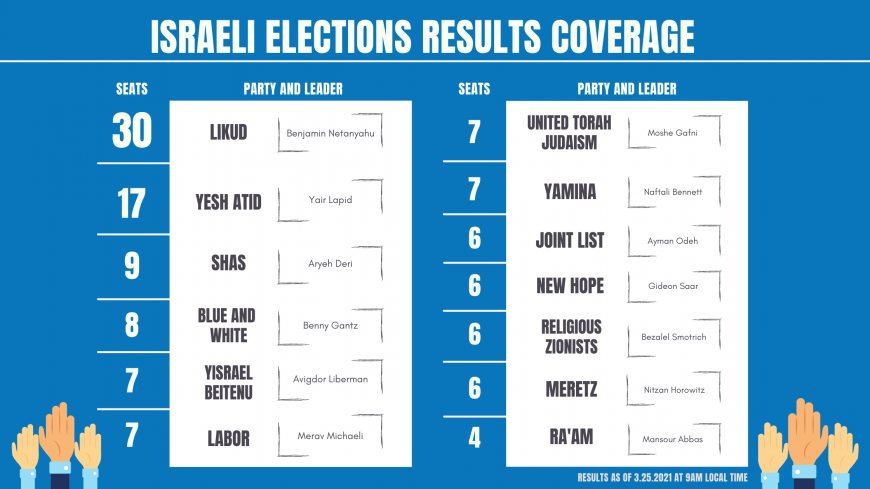 Anton Mardasov looks at what a group of Hezbollah officials were doing in Russia last week. The visit — the Lebanese militant group’s first since 2011 — probably saw a discussion over the French road map for resolving Beirut’s political deadlock, as well as Hezbollah’s involvement in the Syrian civil war.

The residents of Egypt’s al-Samaha village have one thing in common — they’re all women. Al-Monitor's correspondent takes us inside the government-run, women-only village in Upper Egypt that’s become a refuge for divorcees, widows and victims of domestic violence in the conservative country.

Plus, Cupolo has more on what to expect from Agbal’s replacement, Sahap Kavcioglu. In a nutshell: Think short-term objectives, like stimulating rapid growth and possibly selling Turkey’s foreign exchange reserves, rather than the type of long-term stabilization measures pursued by his predecessor.

4. Pandemic spending in the Gulf

The oil-rich Gulf states have racked up record debt bailing out their economies during the pandemic. Sebastian Castelier looks at how the six Gulf Cooperation Council members used the billions they borrowed and finds much of the funds have gone back into the pockets of civil servants. “The strategy keeps the existing social safety net afloat, but raises the question of economic leakages,” Castelier writes.

For the first time in more than six decades, archaeologists have uncovered new Dead Sea Scrolls fragments stashed away in the West Bank’s Cave of Horror, where a group of Jewish refugees hid during their failed revolt against the Romans in the 2nd century. The Israeli excavation team also discovered a partially mummified child, a cache of Jewish coins and a 10,500-year-old woven basket.

One cool thing: Do deep fakes of the dead violate Islamic law?

Maybe cool, maybe a little creepy, or both. The Israeli-made “My Heritage” app has rolled out a new feature that allows users to animate still photographs of their dead relatives. The eerie use of deepfake technology has raised questions in Egypt over whether the animations violate Sharia law, says Rasha Mahmoud.

What we’re reading: Did Iran and Hezbollah meddle in US elections?

Iran’s Supreme Leader Ayatollah Ali Khamenei likely authorized “a covert influence campaign” to undercut President Donald Trump’s reelection chances, according to a newly released US intelligence assessment. The report also identified the Lebanese militant group Hezbollah among the foreign actors that took steps to meddle in the 2020 election. Read the report from the Office of the Director of National Intelligence here.

Al Monitor’s Amberin Zaman examined the state of US-Turkey relations in an interview with the National Press Club. “I’ve never seen in all my years of reporting, the kind of hostility that Turkey currently faces across the board on the Hill and in the administration,” she said. Plus, Zaman recounts her own personal experience with Turkey’s press crackdown. 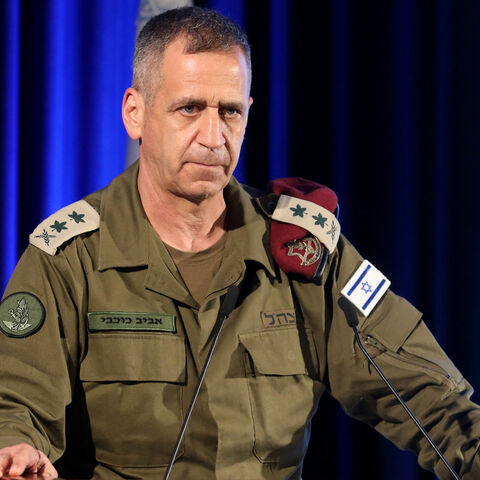