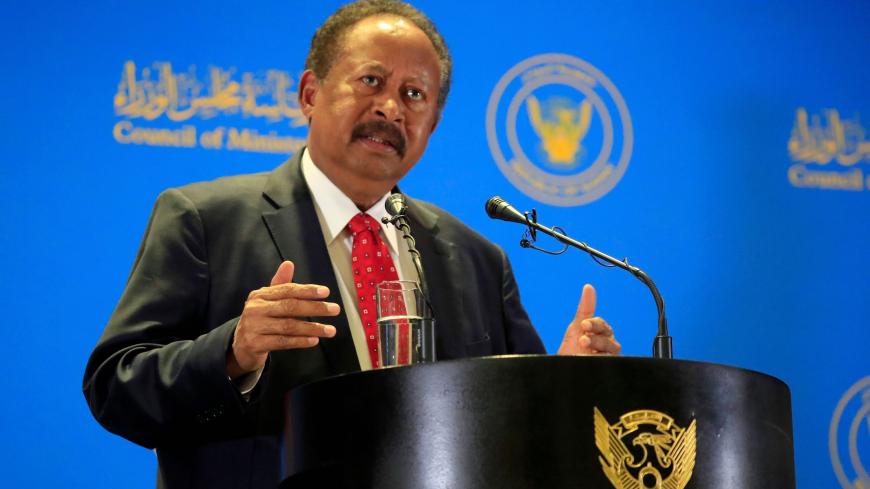 Egyptian President Abdel-Fattah Al-Sisi was in Sudan Saturday, yet another sign of Sudan’s increasingly pivotal role in the region.

This was his first visit in a while. Sisi was no friend of dictator and war criminal Omar Al-Bashir, who was deposed in April 2019 following mass demonstrations.

For Egypt, Sudan is a vital partner in the stalled talks with neighboring Ethiopia on the Grand Ethiopian Renaissance Dam. For Sudan, security ties with Egypt are a priority, especially given that the Ethiopian civil war has spilled over into a hot border dispute.

The United States is invested in Sudan’s transition after the Trump administration removed it from the terrorism list. US Ambassador to the UN Linda Thomas-Greenfield this week called for Sudan to complete the formation of its transitional legislative council and hold accountable those who have committed crimes and atrocities in Darfur.

And with all this going on, where does Sudan’s Prime Minister Abdalla Hamdok go next? To Saudi Arabia for a meeting with Saudi Arabia Crown Prince Mohammed bin Salman in Riyadh to discuss Red Sea security.

Read more: Check out our essay here on Sudan’s fragile transition and governance challenges and the Biden administration’s promise to be "fully engaged" in the Horn of Africa; and Ayah Aman’s report on Saudi Arabia’s offer to help mediate the Nile dispute.

More than six years after the Islamic State (IS) stormed Iraq’s Sinjar and enslaved thousands of Yazidi women and children, the missing captives are still turning up in neighboring Turkey. Most recently, Turkish police posing as potential buyers rescued a 7-year-old Yazidi girl in Ankara.

That Yazidis remain trapped in the country underscores the challenge of routing the militants from Turkey, where many sought refuge after the collapse of their so-called caliphate. As Fehim Tastekin writes, “The bitter reality is that the IS presence in Turkey is much more entrenched than meets the eye.”

Part of the problem? Turkish authorities are rounding up foreign members of the terrorist group but tend to give local members a pass.

2. Empowering Syrian women to counter IS

Women may hold the key to eradicating violent extremism in northeast Syria. Akhin Ahmed takes us inside a new organization that hopes to quash IS and other terror groups by boosting the role of women in society.

ICYMI, Amberin Zaman spoke with author Gayle Tzemach Lemmon about the Kurdish female fighters who took up arms against the terror group in Syria.

Iranian human rights lawyer Leila Alikarami reminds us that women in Iran technically still need their husbands’ permission to leave the country. The head coach of Iran’s national ski team, Samira Zagari, made headlines last month after her husband kept her from traveling to the world championships in Italy. Legally, that was his right.

The number of women serving in Israeli politics hasn’t improved much in the half century since Golda Meir became Israel’s first (and only) female prime minister. Although Israel’s Labor Party is now led by a woman — Merav Michaeli — no woman has ever served as finance minister or defense minister, and a number of political parties lack even a single woman on their candidate lists for the upcoming election.

To make matters worse, analysts are forecasting a sharp decline in the percentage of women serving in the next Knesset. Mazal Mualem dives into this issue and asks: "Why hasn’t Israel’s political system given rise to another Golda?"

Turkey’s acquisition of Russian S-400 air defense systems has become the “mother of all problems” in its relationship with the United States, Metin Gurcan writes. As Ankara searches for a way out of the crisis, two proposals are being floated in Turkey — neither of which are expected to go over well in Washington.

One cool thing: The secrets of Palestine’s oldest water tunnel

The ruins of an ancient fortified Canaanite city can be found at the southern entrance of the West Bank city of Jenin. But what’s inside an ancient water tunnel discovered at the site in 1996 remains a mystery. Ahmad Melhem explains why Palestinian officials have yet to fully excavate what could be a major tourist attraction for the impoverished West Bank.

What we’re listening to: Can former IS fighters be deradicalized?

In a recent podcast with Andrew Parasiliti, former State Department official Denise Natali breaks down why it’s so difficult to reintegrate former fighters in Syria, Yemen and elsewhere in the Middle East. “We should prepare to recognize that these groups or entities are going to be here for a very long time,” Natali warns.

War-torn Syria scored dead last in the think tank’s annual measure of democracy worldwide. The disputed Western Sahara — which the Trump administration last year controversially recognized as belonging to Morocco — is among the worst-ranking countries, and US ally Jordan was downgraded from “partly free” to “not free.”

In case you missed it: Ben Caspit’s podcast with ex-Mossad chief Ephraim Halevy