Democrat Chris Van Hollen takes apart Trump policies in Middle East; Al-Monitor gets the scoop on the art of the deal in Sudan; Turkey’s militarized foreign policy; the gold standard for nuclear power in the Middle East. 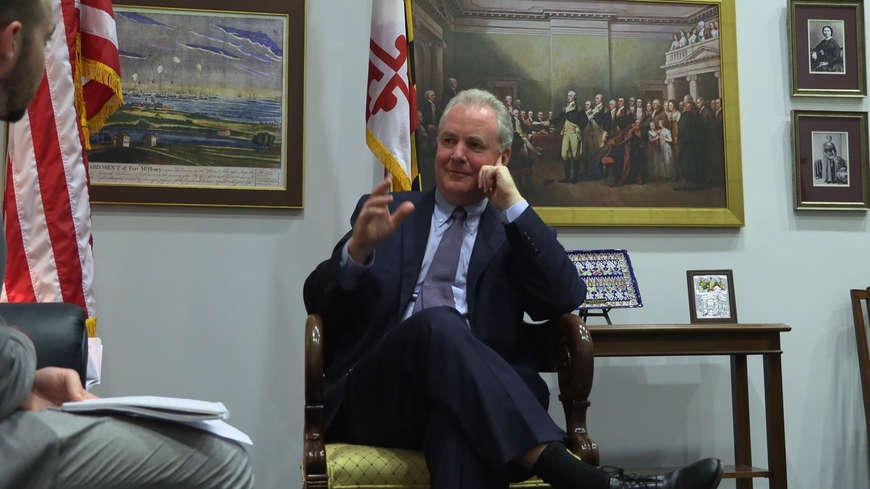 Sen. Chris Van Hollen speaks during an interview with Al-Monitor in his office in Washington, June 3, 2019. - Al-Monitor

US: Van Hollen says Trump’s policies have strengthened Russia and China in Mideast

The Trump administration’s approach to Iran is a "metaphor for everything that this administration has done to undermine American credibility and influence in the world," according to US Sen. Chris Van Hollen in this week’s Al-Monitor podcast, On the Middle East.

Van Hollen, a Democrat from Maryland, assailed the administration’s policies toward Iran and the region, saying they have undermined US interests and values and allowed Russia and China to expand their roles there. Van Hollen said the work to restore US standing in the region will be central to the foreign policy of a Joe Biden administration if Biden is elected Nov. 3.

Highlights of my conversation with Van Hollen:

Time for a return to diplomacy with Iran: Over the last three years, Iran has increased uranium enrichment, its hard-line politicians are ascendant, the United States is isolated at the UN, and China signed a 25-year strategic agreement with the Islamic Republic, all signs, Van Hollen said, of how Trump’s Iran policies have failed. Van Hollen said it’s time to resume a diplomatic approach, as advocated by Biden, "rather than this empty but dangerous sabre rattling from Donald Trump."

Normalization agreements weaken prospects for two-state solution: While Van Hollen welcomes the normalization of ties between Israel and the Gulf states of Bahrain and the United Arab Emirates, he said the deals "have weakened the prospects of an agreement with the Palestinians." The normalization agreements "don’t begin to repair the damage to our interests and the opening to our adversaries that Donald Trump’s approach to the region has taken us," he added. "I don’t think these two particular agreements are going to somehow eclipse that much larger decline in US influence and policy."

Too cozy with Erdogan: “We want Turkey as a good NATO partner, but Donald Trump has once again taken the complete wrong approach,” said Van Hollen. “He’s been cozying up to authoritarian leaders around the world, and President Erdogan is no exception.”

"Gold standard" or Saudi nuclear power: Van Hollen backed legislation to prohibit support for a Saudi Civilian nuclear program unless it meets the "gold standard" — commitments to the Additional Protocol of the International Atomic Energy Agency (IAEA), and a commitment to zero domestic uranium enrichment (see below). “Saudi Arabia is an important security partner but that doesn’t mean the United States should look the other way when there are egregious violations of human rights,” including the murder of journalist Jamal Khashoggi, Van Hollen added.

Listen here: Check out my full interview here with Sen. Van Hollen, which also includes my thoughts on next steps in dealing with Iran.

2. Sudan: Jared Szuba on US offer to remove country from terrorist list

Jared Szuba writes that US Secretary of State Mike Pompeo, visiting the Sudanese capital of Khartoum last month, asked that Prime Minister Abdalla Hamdok call Israeli Prime Minister Benjamin Netanyahu and establish ties with Israel, in exchange for closing the deal on getting Sudan off the US state sponsors of terrorism list.

No deal: According to Szuba, Hamdok declined, saying his transitional government did not have the authority to normalize ties with Israel. Meanwhile, the rescission from the terrorism list was placed on hold. Congress became concerned that the reported quid-pro-quo might have circumvented a well-defined process for Sudan’s transition off the terrorism list, and the State Department and Congress are now working those channels.

Update: President Trump said that "seven or eight" countries are in discussions about normalizing ties with Israel. Oman and Morocco are reportedly in the mix, in addition to Sudan. This week both US and UAE officials have been meeting separately with Sudanese counterparts on normalization and other issues. The prospect of Sudan formalizing relations with Israel seemed stalled after these meetings, as Sudan reportedly requested $3 billion in emergency assistance, as Szuba reports. Sudan is facing an economic and health crisis, compounded by recent massive flooding.

These trend lines reflect a deeper crisis in Turkish foreign policy, according to Metin Gurcan:

"A grave repercussion of Erdogan’s foreign policy posture, which has come to mirror his short-tempered and polarizing style in domestic politics, is the erosion of institutional decision-making and execution on foreign policy matters," writes Gurcan. "The Foreign Ministry’s institutional capacity has been seriously damaged and overly politicized, including through nepotistic appointments and promotions."

4. In case you missed it: About that "gold standard" for nuclear power

Sen. Van Hollen referred to Saudi Arabia meeting a "gold standard" for civil nuclear energy — no domestic enrichment of uranium (which assures no weapons capability), and signing on to the IAEA Additional Protocol, allowing for short-notice inspections.

That is exactly what the UAE has done, it is what the Saudis should do and it should be the template for a new Iran deal.

Indeed, the peaceful use of civil nuclear power could be a topic for the start of an overdue regional security dialogue in the Gulf, as I suggested in a column here earlier this month.

“I don’t know if Iran’s receptive” to the UAE model, UAE Minister and Ambassador to the United States Yousef Al-Otaiba told Al-Monitor, “but I know it hasn’t really been positioned; it hasn’t been used as a template.”

Go deeper: Check out our podcast interviews with both Otaiba and Israeli Ambassador to the United States Ron Dermer about suggestions for a new Iran nuclear deal based upon zero enrichment of uranium, and related issues. 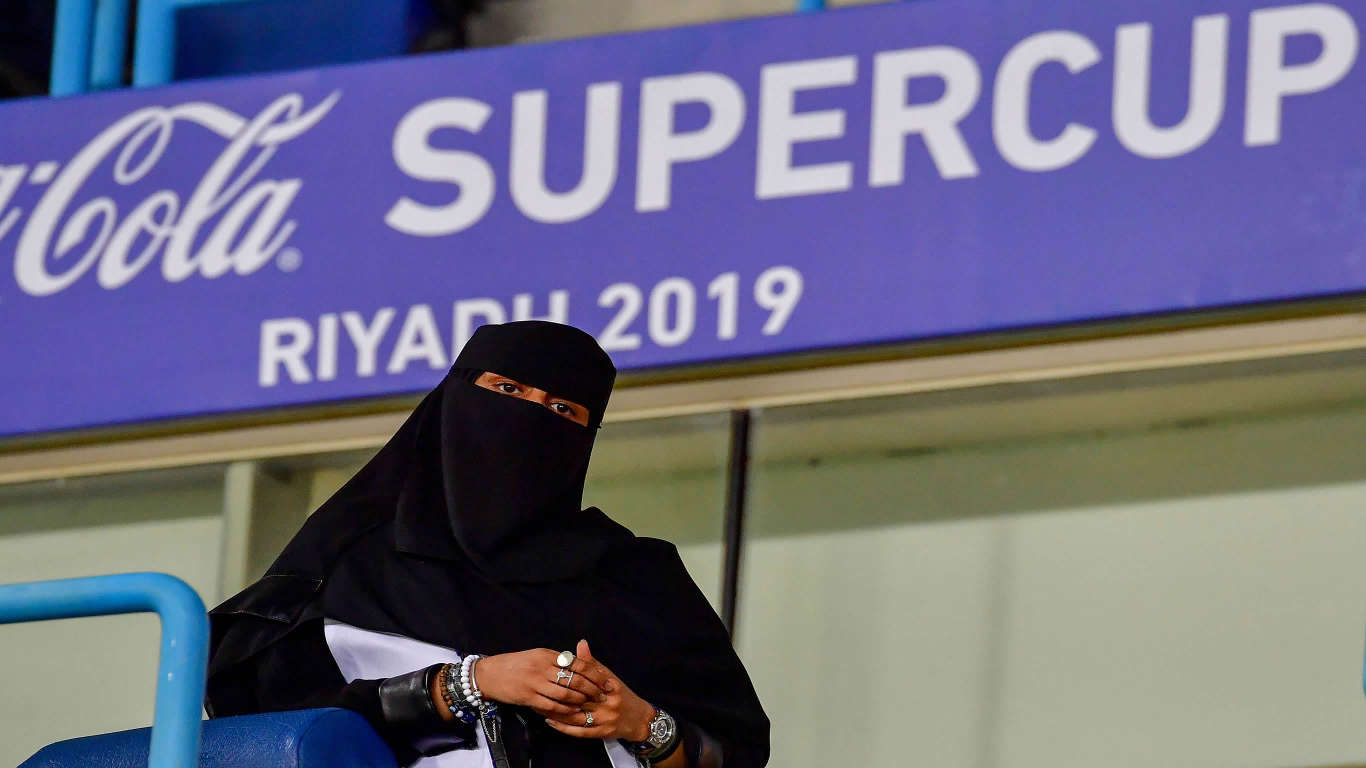 Kickoff: Saudi Arabia’s first female soccer league launches play next month, after delays since March due to the coronavirus pandemic.

From seats to field in two years: The league comes in the context of social and economic policy reforms to empower and support women across society. In January 2018, women were allowed for the first time into stadiums. The kingdom organized a “Jeddah Women’s League” in October 2019.

Women only: The games will not be televised and the tournament will be staffed by women only.