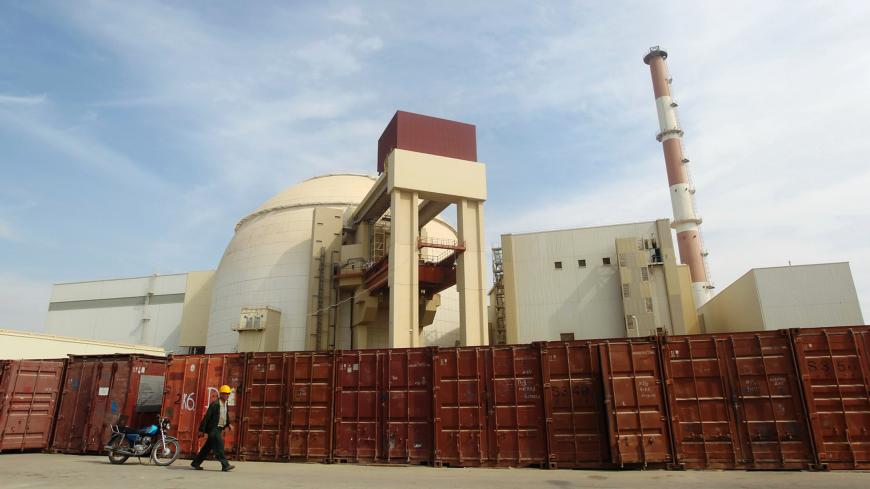 Iran was in deep crisis before the coronavirus (COVID-19) hit. The economy shrunk by approximately 10% in 2019, mostly the result of US sanctions, with no relief expected this year. Demonstrations broke out after the initial misinformation and deception over the accidental shootdown of the Ukrainian passenger plane Jan. 6. Then came COVID-19, and initial mixed messages from the Iranian leadership, intensifying a crisis of public confidence, and further strangling the economy, as we reported here.

And just this week the International Atomic Energy Agency (IAEA) reported that Iran has increased its stock of enriched uranium, cutting its timeline for development of a nuclear weapon, it chooses to do so.

All this has given further priority to Iran as both a regional and global challenge for the Trump Administration and its friends in the region.

In both its response to the coronavirus and by example with its peaceful nuclear program, the United Arab Emirates, a longtime rival of Iran and close partner of the United States, is proposing a "roadmap to boost stability in the region." The UAE’s approach complements US policies in dealing with both the health and security risks from Iran, which are increasing, it seems, by the day.

Iran’s COVID-19 outbreak "has no politics"

Iran’s Health Ministry this week announced a national strategy, as we report here, to combat the COVID-19 virus, which has infected 3,710 Iranians and killed 124 so far. Iran does not have the capacity or infrastructure of China, where the virus originated, for expansive testing and to quarantine populations. Worse, many of the regional coronavirus cases have originated from Iran.

That has put unusual strain on US partners in the Gulf but created a chance for other regional players to showcase their approaches.

“Fear of disease contagion that will likely kill very few on a global scale now amounts to a greater economic risk than an outright war between Iran and the United States,” writes Karen Young. “This is the brutal irony and sad lesson of the last year in the Gulf. The anticipated confrontation with Iran led by the US administration turned into a debacle, with the Gulf Arab states left exposed to more risk and fewer assurances of American protection. Iran is now more a neighborhood liability than a global concern.”

In this context, the UAE has stepped up. The World Health Organization (WHO) gave Abu Dhabi a shoutout, expressing “sincere gratitude” for providing the chartered plane that allowed the WHO team and medical supplies to travel to Iran from Dubai’s International Humanitarian City, one of the largest humanitarian hubs in the world.

That hub may be seeing more action in coming weeks and months, signaling a key regional role the UAE may be poised to play, as all the while it grapples with COVID-19 within its own borders, with 27 reported cases so far.

Saudi Arabia, for its part, has canceled travel to the hajj pilgrimage in order to contain the virus.

“The coronavirus' impact in Iran is dire and underscores the assessment of Saudi Arabia and the United Arab Emirates that an imploding Iranian regime with desperate citizens and ruthless military leadership is not a desired outcome,” Young concludes. “There is no insulation from the current crisis; it has no politics. This outbreak and our national and global institutional responses should be a lesson. Good neighbor policy is an understanding of shared risk, a maturity that does not allow hubris at the misfortune of one’s adversaries.”

We wrote here earlier this week that Iran should take up the US offer of assistance on the virus via the Swiss Humanitarian Trade Arrangement, and with renewed conversations about a possible prisoner exchange.

The next Iran deal: New questions about the arms embargo and enrichment

While the coronavirus is occupying public attention, there is also movement on the other global issue involving Iran: its nuclear program. The IAEA says Iran has increased its nuclear stockpile, even as diplomats look for a pathway to some new arrangement with Tehran. If there is a new nuclear deal with Iran, it won’t be like previous deal — the Joint Comprehensive Plan of Action (JCPOA) negotiated by the Obama administration.

First, and most urgently, there is the UN arms embargo on Iran set to expire in October, per the JCPOA. Brian Hook, US special representative for Iran, told an Al-Monitor audience last week that letting this happen would be "diplomatic malpractice," as Laura Rozen reports. Sen. Pat Toomey, R-Pa., has a bipartisan resolution that would endorse the Trump administration’s efforts to extend the embargo at the United Nations. If the embargo expires, Iran can and buy sell conventional weapons from Russia, China and others.

This effort has the support of the American Israeli Public Action Committee, as Bryant Harris reports, and even some past proponents of the JCPOA are calling for a rethink of the expiration of the arms embargo.

“The reality is the nuclear deal doesn’t exist today,” Sen. Chris Murphy, D-Conn., a member of the Foreign Relations Committee, told Al-Monitor. “You have to live in that reality. I don’t think it’d be great policy to let the embargo disappear if we’re not in the [deal]. So, I’m generally sympathetic to the idea that we’re going to need to re-up it and be back in a position to negotiate with the Iranians in the next administration.”

A bill by Democratic Rep. Edward Markey of Massachusetts calls for all sides to return to full compliance with the JCPOA and seeks a renegotiation of sunset provisions, such as restrictions on enrichment, set to expire in 2026.

That may be difficult, given the IAEA report, as Rozen reports here. A separate IAEA report noted that Iran is preventing access to certain sites by its inspectors.

The IAEA report may bring into question what Iran calls its "right to enrich." Iran has latched onto an article in the Nuclear Non-Proliferation treaty that refers to the right of countries to develop peaceful nuclear energy programs, but makes no reference to enrichment.

“Even though few Iranians don't understand what it means, the 'right' to enrichment has become a matter of sovereignty,” says Mark Fitzpatrick, an associate fellow at the International Institute for Strategic Studies and a specialist on nonproliferation. “The breakthrough for the JCPOA negotiations was when the Obama administration, backed by the other parties, walked away from the previous position of no enrichment.”

Hook told Al-Monitor that this concession to Iran, which undercut previous UN resolutions calling for Iran to suspend all enrichment, was a mistake by the JCPOA negotiators.

Yousef al-Otaiba, the UAE ambassador to the United States, this week wrote in The Wall Street Journal about how his country’s nuclear program could serve as the "gold standard" for further approaches to Iran.

“Iran could send no clearer signal of peaceful intentions than signing on to the same voluntary commitments as the UAE,” writes Otaiba, referring to the decision to forego uranium enrichment and reprocessing. “The international community should insist on this as a precondition of a renewed nuclear pact with Iran, which would create a virtuous nuclear pathway. Iran could then modernize its nuclear-energy program and boost its economic prosperity.”

Given the urgency of the coronavirus, and questions about sunset provisions in the JCPOA, there is an opening for what UAE Minister of State for Foreign Affairs Anwar Gargash has termed "dynamic diplomacy" in support of a “strong regional multilateralism that can support the peaceful resolution of disputes.”

Gargash said Feb. 24 that while neither a military option nor a return to the Iran nuclear deal are viable, there is room for a “political settlement, as part of a clear road map to boost stability of the region and benchmark its way to prosperity, remains the viable option.”

The UAE effort is a fitting regional complement to the US policy on all fronts. Washington and Abu Dhabi are on the same page on Iran. New US-led negotiations on Iran’s nuclear program, its regional behavior and its missile program, if they are to happen at all, will take time. Meanwhile, discussions of regional health security and the peaceful uses of nuclear energy, and the prevention of nuclear accidents, could be complementary or separate tracks.