Iran’s nuclear deal and the US presidential election

The deal’s fate depends on the outcome of US elections, not the UN. 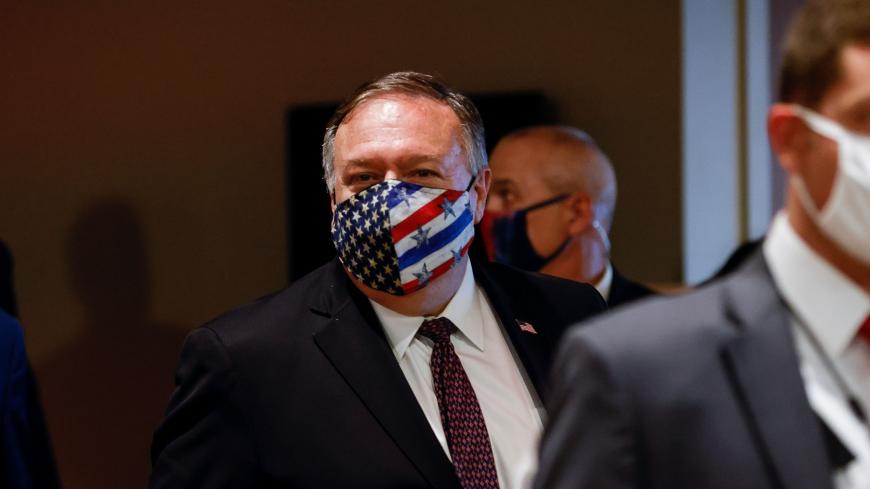 US Secretary of State Mike Pompeo departs a meeting with members of the UN Security Council about Iran's alleged noncompliance with a nuclear deal at the United Nations in New York, Aug. 20, 2020. - MIKE SEGAR/POOL/AFP via Getty Images

This week, the joint commission of the Joint Comprehensive Plan of Action (JCPOA) — that is, the remaining parties to the Iran nuclear deal (Iran, the European Union, Russia and China) — agreed that the United States could not initiate "snapback" sanctions on Iran because the Trump administration withdrew from the deal in May 2018.

The decision of the JCPOA signatories as well as the UN Security Council was a rebuke to US diplomacy on Iran.

With regard to the nuclear deal, not much has actually changed. Iran remains under brutal US sanctions, and the cat-and-mouse games between Iran and nuclear inspectors, who worry about access to the information about the status of Iran’s nuclear program, will probably continue.

What has changed, and not for the better, is that the Western rift on the nuclear deal means that next month Iran can buy weapons on the international arms market.

This is the uneasy state of affairs for now for the JCPOA, whose ultimate fate, in some new form, will only be decided after the US presidential election in November.

The United States had appealed to the UN Security Council in August to reimpose sanctions on Iran in order to stave off the expiration of a UN arms embargo on the Islamic Republic, which is set to expire in October.

The United States also noted a worrying report in June by the International Atomic Energy Agency (IAEA), which oversees inspections of Iran’s nuclear programs, that said Iran had not allowed access or provided adequate answers regarding two sites that may have been "related to possible undeclared nuclear material and nuclear-related activities in Iran. This is adversely affecting the Agency’s ability to clarify and resolve the questions and thereby to provide credible assurance of the absence of undeclared nuclear material and activities at these locations in Iran."

The IAEA’s concerns compelled its director general, Rafael Grossi, to travel to Iran to resolve the questions on access to the sites. A joint statement on Aug. 26, which was cheered by the EU and other parties, said, “Iran is voluntarily providing the IAEA with access to the two locations specified by the IAEA and facilitating the IAEA verification activities to resolve these issues.”

Nothing changes on US sanctions

The Trump administration’s "maximum pressure" on Iran is an us-or-them formulation — if another country buys Iranian oil, it will face US sanctions and risk losing access to the US market. No surprise that US allies and partners and most international companies prefer the US market, whatever their differences with Washington on Iran policy.

The EU has been unwilling or unable to implement a workaround to US sanctions, to the indignation of Iran’s rulers.

So that brings us to the potential for Iran to reenter the international arms market as a buyer, the only tangible outcome of the past few weeks.

First up as potential seller is of course Russia, but what happens next may not be as transactional as Tehran might hope.

“The lifting of the arms embargo presents a challenge for Russia’s military cooperation with Iran,” Anton Mardasov explains. “There is an obvious tension between Moscow being interested in supplying Iran with defense equipment and Tehran’s wish to purchase offensive arms. Iran’s toxic reputation is another factor Russia has to take into account, provided that any sales of aircraft or missiles for fighter jets or warships might cause an outcry among both regional players and the United States. However, it is not unfathomable that the Kremlin would approve sales of offensive weapons to Iran, disregarding reputational concerns and possibly turning Russia into a besieged fortress, albeit without the old Soviet ideological baggage.”

The next Iran deal depends on the US election …

The fate of the Iranian nuclear deal now depends on the US election.

Iran is in no rush to renegotiate until it knows whom it will be dealing with the next four years.

No matter who wins, the approach of the next administration will determine whether the nuclear deal survives and if so in what form.

US President Donald Trump has said time and again that he is willing to negotiate a new nuclear deal with Iran. French President Emmanuel Macron tried to facilitate a meeting between Trump and Iranian President Hassan Rouhani at the UN last year, but Rouhani wouldn’t do it.

In June, following the release of Michael White, an American who had been held in Iran for two years on charges of insulting Iranian Supreme Leader Ayatollah Ali Khamenei, Trump tweeted, “Thank you to Iran. Don’t wait until after US Election to make the Big deal. I’m going to win. You’ll make a better deal now!”

Rouhani, for his part, said he would negotiate with the United States only if the Trump administration apologizes and compensates Iran for losses from US policies of maximum pressure.

Adam Lucente reports that former Vice President Joe Biden's campaign website says that if he wins the election he will reenter the nuclear deal if Iran "returns to compliance … using hard-nosed diplomacy and support from our allies to strengthen and extend it, while more effectively pushing back against Iran’s other destabilizing activities.”

If Biden wins, he will likely have wide latitude to undo what he considers the wrongheaded policies of the current administration, which in his score includes abandoning the JCPOA. So, in theory, he could simply rejoin the deal by accepting an IAEA report of Iran’s "compliance."

But other questions might give pause to this otherwise straightforward approach. Would Biden simply end all of the post-2018 US sanctions — and expect nothing from Iran in return? And if Rouhani insisted on an apology and compensation from a Biden administration in exchange for talks, would Biden do so?

Time for a regional security track

The next phase of US-Iran engagement on a nuclear deal takes place on a different strategic landscape than 2015, when the JCPOA was finalized under the Barack Obama administration.

On the one hand, the wars in Yemen and Syria remain flashpoints for the United States and its partners and Iran, and Tehran has its proxies in Iraq, Lebanon, Gaza, Bahrain and elsewhere. More of the same.

On the other hand, and this is the good news, there is the Israel-UAE agreement, brokered by the Trump administration. The UAE is now the third Arab state — after Egypt and Jordan — to make peace with Israel. Other Arab states may follow.

Both Abu Dhabi and Jerusalem are close partners of the United States and hard-liners on Iran. They, and others in the region, felt left out of the Iran nuclear deal, and want to be consulted on the next round with Iran.

Ben Caspit writes here that while Biden is a tried and true friend of Israel, Israeli Prime Minister Benjamin Netanyahu’s anxiety revolves only around whether a Biden administration would resurrect the JCPOA, which he bitterly opposed.

In interviews with Al-Monitor, both Israeli Ambassador to the United States Ron Dermer and UAE Ambassador Yousef Al-Otaiba offered suggestions for a new Iran nuclear deal based upon zero enrichment of uranium, which at high levels is a key step to weaponization.

The UAE’s nuclear deal with the United States involves no enrichment. Iran, however, insists that uranium enrichment is a "right."

As regional tensions drive conflict and proliferation, "regional security" will need to be part of the next round of talks. It wasn’t after the JCPOA, but it needs to be so now, including discussions about the safe use of civilian nuclear power. 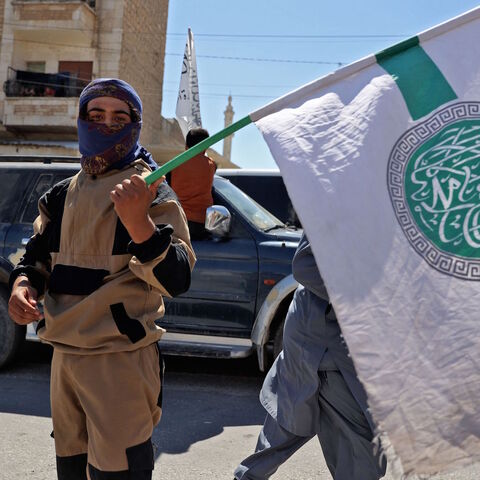