The IRGC announced the formation of a new group to carry out the plans of Supreme Leader Ayatollah Ali Khamenei. 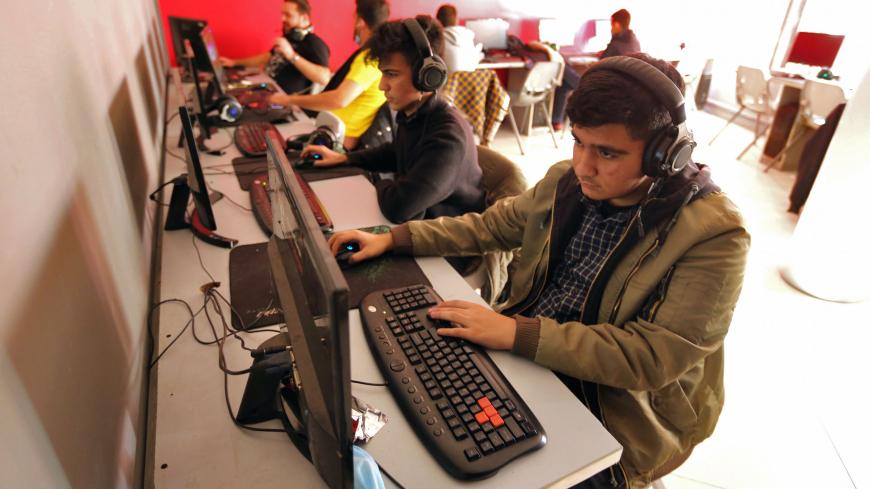 Youths play an online multiplayer game at an internet cafe in Iran's capital Tehran on Jan. 24, 2021.

Following Iranian Supreme Leader Ayatollah Ali Khamenei's speech on the important issues facing the country in the upcoming year, the Islamic Revolutionary Guard Corps announced plans to form groups to make sure these issues are prioritized.

In an open letter to Khamenei following the start of the Iranian new year on March 20, Hossein Salami announced the formation of the Headquarters for Realization of the year 1,400 Nowruz Orders. Salami said that the headquarters will consist of a leadership board which will include the heads of the IRGC and Basij Organization, intelligence officials as well as economic and construction officials linked to the IRGC.

Some of the top priorities of the group will be to help the country with domestic production, fighting corruption and establishing a presence on the internet.

Khamenei’s theme for the upcoming year was the “Year of Production: Support and Elimination of Obstacles.” In his Nowruz speech, Khamenei also spent time discussing the internet and social media, outlets he claimed are used by enemy countries to turn people away from the Islamic Republic. “Every country in the world manages the internet,” Khamenei said. “But in our country some take pride in letting the internet be open, whereas this method in no way [should] pride be taken.” This was an indirect criticism of President Hassan Rouhani’s administration, which has advocated for a more open internet.

Khamenei continued, “People should use the internet, but this space should not be put at the discretion of the enemy.” He added that one method used by enemy countries on social media platforms is to try to lower voter turnout in the country. Iran has a presidential election in June and a high voter turnout is always a gauge for government support according to Iranian officials themselves. In his open letter, Salami said that the new group will “set the internet free of vulgarities.”

It is not yet clear to what extent this new group will be active. Salami claimed that the headquarters would be “an operational one.” Iran already has a cyber police unit known in the country as FATA. While Iran’s internet is already heavily censored, internet use in the country is still widespread. With a population of nearly 85 million, approximately 60 million people use the internet or have access to it. While Twitter, Facebook and other popular social media platforms were banned after the 2009 protests, there are popular messaging apps such as Telegram which have a wide use in the country.

Khamenei’s focus on domestic production has relied on the unpredictable nature of Iran’s oil sales to foreign countries due to US sanctions. In his latest speech March 12, President Rouhani said that to return to the nuclear deal Iran is not currently seeking damages. The issue of damages has been raised numerous times after Iran agreed to the terms of the 2015 nuclear deal while many US sanctions remained on the country. Rouhani said that Iran is willing to return to full compliance of the terms of the nuclear deal as long as the US removes sanctions and returns as well. He added that these terms were supported by Khamenei himself in the Nowruz speech.