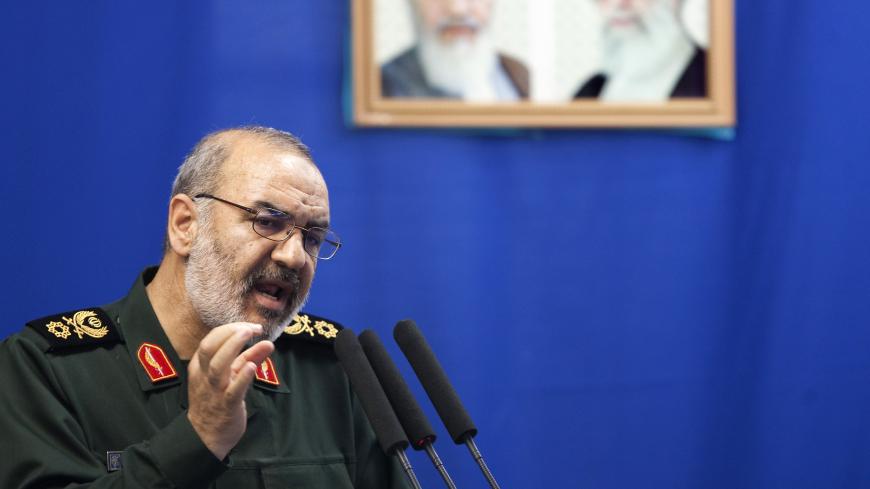 Iran’s Supreme Leader Ayatollah Ali Khamenei appointed Hossein Salami as the new commander of the Islamic Revolutionary Guard Corps (IRGC). After nearly 12 years at the head of Iran’s most influential military force, Mohammad Ali Jafari will head the Hazrat Baqiatollah al-Azam Cultural and Social Headquarters. Khamenei thanked Jafari for his service to the IRGC and “introducing the Islamic revolution,” stating that in his new position he will play a role in the “second step of the revolution.”

Salami is the eighth commander of the IRGC. The IRGC was created to answer directly to the supreme leader to safeguard the revolution, but the group has seen its role expand over the decades. Regarding the change in leadership, Jahan newspaper, which is believed to be linked to the country’s security agencies, wrote that Iran has successfully left proxy wars behind and is now entering a new era of “more clear confrontation” with the United States and Israel.

Jahan published some of Salami’s previous quotes to back up the idea that a more confrontational era awaits, including:

“The end of negotiations and compromise with America is war.”

“Netanyahu needs to learn how to swim in the Mediterranean.”

“No decision in the region can be implemented without Iran.”

“Our response to any military attack will certainly be military, not political.”

Of course, these comments were made before Salami bore the weight of being IRGC commander on his shoulders. He was free to make such remarks without having to carry them through. As commander, Salami's comments will likely be more restrained.

Salami joined the IRGC during the Iran-Iraq War, which lasted from 1980-1988. During the war, he was commander of a number of units in western Iran and the Kurdistan region, according to Iranian media outlets. After the war, he held a number of important positions within the IRGC, including deputy chief of staff, commander of the IRGC air force. He has served as deputy commander since 2009.

The timing of the appointment was surprising. In July 2017, Jafari told reporters that his term as commander of the IRGC would last “at least another three years.” Yet his term only lasted another two years. Khamenei’s letter to Jafari, which Iranian media published, began, “According to your desire to have a presence in the cultural arena and playing a role in the soft war …” Some speculated that this line indicates Jafari had sought the new role. Either way, whether he sought it or not, politically and militarily this was a demotion for Jafari.

Salami will have plenty of issues to contend with, including the US announcement that it will no longer offer sanctions waivers to countries purchasing Iranian oil. President Donald Trump exited the Joint Comprehensive Plan of Action in May 2018 and reimposed sanctions on Iran.